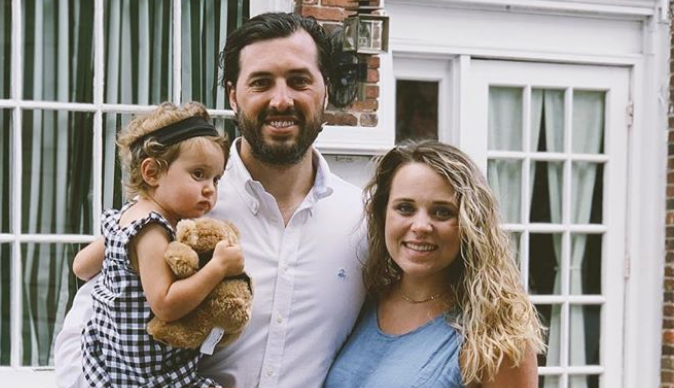 Kanye West is currently making headlines for the drama surrounding his presidential campaign. The rapper, who’s married to Kim Kardashian, announced his run for president on July 4. Since then, things have gone downhill. But, no matter what happens, it seems like Kanye has some committed fans. And, now it’s obvious that Jeremy and Jinger Vuolo are a part of that fanbase.

More and more news continues to come out about Kanye and his presidential run. He’s causing a lot of ruckus on social media. And, due to this, there has been talk of Kim and Kanye getting a divorce. Kim also revealed that Kanye has bipolar disorder. Due to this drama and hardship, Kanye might be postponing his run to 2024.

As of right now, the couple hasn’t said they support his presidential campaign. They only mention his album. For this reason, we can’t say whether they like what he’s doing now or what he is standing for in his presidential campaign. There are a few issues on Kanye’s platform that the Vuolo family would likely agree with, based on what’s known about them. Politics aside, Jeremy and Jinger don’t seem to have a problem with the ongoing drama.

Nonetheless, when a Duggar fan asked Jeremy and Jinger about the album in the background of a photo, Jeremy had no problem talking about it.

Jinger shared a new Instagram post. The photo is primarily of Jeremy, and Jinger says that they’re working on their podcast. They release a new podcast episode every week. In the background, a blue record is propped up on a bookshelf. A Duggar fan is quick to notice this and leaves a comment, “Please tell me that the record in the background is Kanye’s Jesus Is King or Sunday Service Choir!!😂🙏🏼♥️ we love that in our house!”

In response, Jeremy writes, “yes! Vinyl and tape.” It appears that the Duggar-Vuolo family loves Kanye and his music so much that they bought the album twice.

Some of Jinger Vuolo’s social media followers might be surprised that the couple listens to Kanye West’s music. But, this is not typical rap music. The album is filled with religious music.

Working on new episodes today with @jeremy_vuolo for our podcast @hopewehold.

So, what do you think of Jeremy and Jinger Vuolo supporting Kanye West? Do you think this means anything for the upcoming election? Leave a comment below.

Counting On airs on TLC on Tuesdays at 9/8c.

’The Flash’ Season 8 Netflix Release Date?
How Will Tony & Mykelti Padron Afford 3 Kids, Do They Have Jobs?
Pic Of Kylie Jenner Like You’ve Never Seen Her Before Gets Deleted?
Todd Chrisley Remains ‘Steadfast In Faith’ As Savannah Loses It
Duggar Sisters Visited Jinger Out Of Convenience Not Desire?