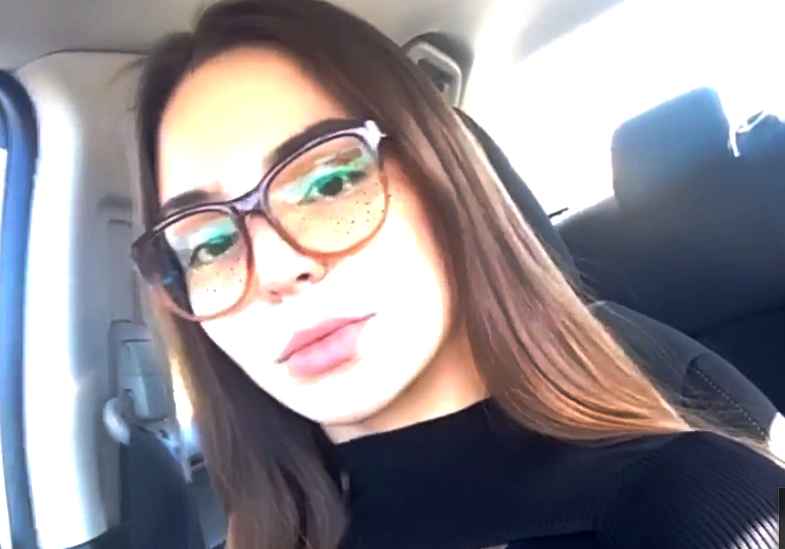 90 Day Fiancé alum Anfisa Nava, 24, (formerly Arkhipchenko) is setting the record straight. After claims that she had ghosted her ex, Jorge Nava, 31, she has clapped back. Anfisa made a comment on Instagram on Tuesday, July 21. In the comment, she claims she had dumped Jorge before moving on to Leo Assaf. Moreover, she says it isn’t her fault Jorge didn’t “get the memo.”

It was when a hater accused Anfisa Nava of having been “unfair” to Jorge Nava. They wrote that she had “literally wished him more time in prison.” On top of that, they wrote Jorge is heartbroken after finding out she was with another man.

Anfisa gets angry when she sees the comment and responds immediately. In her return comment, she writes, “Did I?” The TLC reality star goes on to ask the hater if they heard those words come out of her mouth. She said firstly, she has always said Jorge’s sentence was “excessive.” Secondly, she says she told Jorge they were done before she starting dating another guy. Anfisa claims Jorge “didn’t get the memo.” The 90 Day Fiancé star says it is not her problem. She adds that Jorge “just wants a pity party and sympathy from fools like you.”

Somehow, this doesn’t sound quite right. In March, Jorge tells TMZ his marriage didn’t work out because, while he was in prison, Anfisa had “abandoned” him to be with another guy. On top of this, Anfisa posts an image of her new guy on Instagram before either of them confirmed the split.

Pulling and pushing 5 plates today 🥵 @flexfitnessoc brings out the beast in me 🤣💪🏻 I'm taking clients for 1 on 1 personal training at @flexfitnessoc ! You can find out more information and apply by going to the link in my bio 💕

Jorge claims breakup is due to jealousy over his weight loss

Back in April, Jorge told In Touch that he attributes their breakup to his impressive weight loss while in prison. Nava says at the time that Anfisa is “just jealous” of the attention he was getting. He says at that time, Anfisa blocked his calls and he was starting to lose contact with her. However, the next day the 90 Day Fiancé alum tells him she doesn’t want to have anything to do with him and that “it was over.”

Anfisa shared a statement with In Touch which hinted her deciding to move on had nothing to do with a new man. She says she wants to put their issues aside and stay by his side, supporting him in this difficult situation. However, she adds the whole time she felt she had a weight on her shoulders that would not let her be happy. Anfisa says she knew she had to end the relationship. She says it would be better for both of them. According to Anfisa, she and Jorge spoke about it and “mutually decided to part ways.” She says they agreed to get divorced once he was released from prison.

Meanwhile, it looks like both 90 Day Fiancé alums have moved on and are happy where they are. Yesterday, Jorge made a post on Instagram showing him sitting and gazing at the Grand Canyon! He captions the image, “This is Grand!”