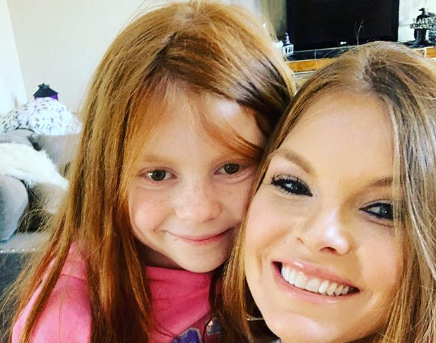 Like most productions in this age of COVID-19, reality television stars are having to quarantine before the start filming. Before filming resumes, everyone, including the crew, is under quarantine. They must also undergo testing.

That’s true of The Real Housewives of Dallas which will see Brandi Redmond and company returning. In its fifth season the show will see the return of most of the star holding housewives. Texas seems to be experiencing an increase in cases and hospitalizations. Bravo said they have a, “comprehensive health and safety plan.”

From the 17th to the 23rd Texas had over nine thousand positive tests. Community spread seems to be the biggest reason for that from family get-togethers and parties with friends. Bravo said their main priority is the safety of the cast and crew as they resume production. That cast will include Brandi Redman, D’Andra Simmons, Karmeron Westcott, Kary Brittingham and Stephanie Hollman.

Brandi Redmond And The Housewives Went To Grapevine For Filming

According to Monsters and Critics, the filming looked a little different. The women were wearing face shields as they walked around. The town of Grapevine, Texas posted to Instagram a picture of Brandi Redmond and company with the caption, “face shields and high heels, we had a blast with #RealDallasHouseWines on Saturday. The stars weren’t wearing the typical face covering most likely to show their faces while they filmed.

Face shields and high heels are in this season, right? We had a blast with the #RealDallasHousewives on Saturday🍷🎉👠 pic.twitter.com/G7Hxioa6G2

The women went to Grapevine and spent their time shopping and drinking wine. The media heard from local businesses and heard  the women got a little rowdy. Fans of the show are excited to see the women resume filming. According to People, there are also two newbies, rumored to be Tiffany Moon and Jennifer Davis Long, but that hasn’t been confirmed.

Happy July 4th from my firecrackin family to yours. God Bless America.

LeeAnne Locken Will Be Absent From Filming

LeeAnne Locken will not return to filming with Brandi Redmond. Before COVID-19, LeeAnne announced she wasn’t returning full-time. She stated, “getting to share my wedding with the viewers last year brought me tremendous joy, however, the season was very personally challenging for me.” Spending time with her husband and friends away from the cameras is something she really looks forward to.  She said, “the last four years have been a trolley-slapping good time.” LeeAnne geniuinely seems to have no hard feelings about leaving.

LeeAnne had a bit of trouble with her co-stars, mostly Kary Brittingham who she allegedly made racial comments about. This is just one of several incidents that have hovered over the star during Season 4. She said, “thank you to everyone who has laughed and cried with me along the way.” While production is back in business, a premiere has not been announced yet.