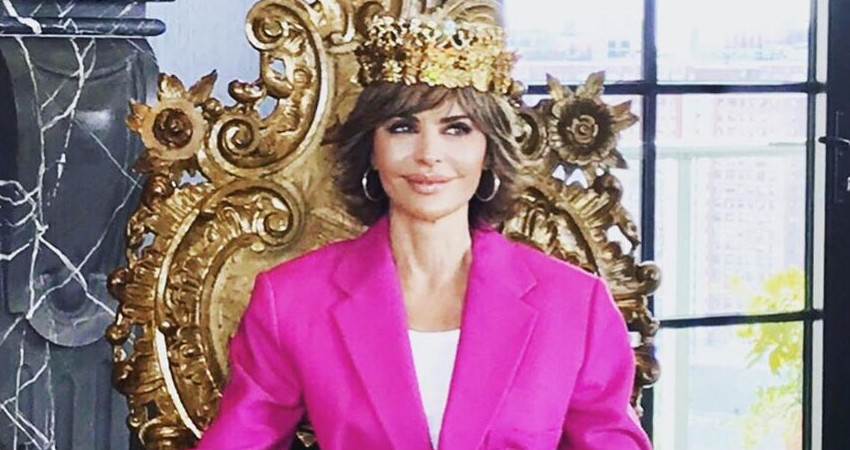 Lisa Rinna was not happy during Season 9 over the rumors that her RHOBH co-star was getting a spin-off. The Real Housewives of Beverly Hills alum Lisa Vanderpump was at the center of the rumors. The chatter was regarding a possible spin-off about her Vanderpump Dogs dog rescue or her Las Vegas Cocktail Garden.

However, Lisa played coy about the rumors until earlier this month. Eagle-eyed fans noticed Lisa’s face in the Peacock TV promo for upcoming content. NBC quickly confirmed that Lisa V. is, indeed, getting a spin-off. Vanderpump Dogs will come to the streaming service later this year.

And Lisa Rinna is having a fit.

The main focus of Season 9 of RHOBH was Lucy, Lucy, Apple Juicy. The Chihuahua mix was adopted from Vanderpump Dogs dog rescue by RHOBH’s Dorit Kemsley. After the dog allegedly bit her kids and husband, Dorit surrendered the dog. BUT instead of returning it safely to Vanderpump Dogs, she had a minion drop it off at a kill shelter in Los Angeles.

The shelter called Vanderpump Dogs and they quickly picked the dog up. However, Dorit broke her contract with Lisa Vanderpump’s rescue. Not only that, she broke her friend’s trust. Much of the drama regarding the dog rested on whether Lisa V. sold a negative story to Radar Online about Dorit or not. She says she didn’t, but Lisa Rinna convinced Dorit and Kyle Richards that Lisa V. was guilty.

As a result, Lisa V.’s friendships with Dorit and Kyle bit the dust harder than Lucy bit Dorit’s kids.

Throughout Season 9, Lisa Rinna INSISTED to everyone who would listen that it was all a scam. She felt that Lisa V. was just using the storyline to promote her dog rescue. And get a spin-off out of it.

In fact, Lisa Rinna threatened to sue Bravo over it, according to this E! Online article from 2018.

Lisa V. denied it, as did Andy Cohen and Bravo executives. But now that there is, indeed, a spin-off, Lisa R. feels she was right all along. And she’s not being quiet about it.

Lisa Rinna is one of the most prolific celebrities on social media. In recent times, she’s taken to using Instagram Stories to vent her frustration with RHOBH. Celebs love IG Stories because they disappear within a certain amount of time and can easily be manually deleted with no trace.

Except fans are getting quick with the screengrabs. They say the internet is forever, after all.

Days after ranting about the RHOBH Season 10 reunion as “bullsh*t”, Lisa Rinna has a new complaint.

She took to her IG Stories to deliver a giant I TOLD YOU SO to fans over the Vanderpump Dogs spin-off.

Sharing a screengrab of a news article about the spin-off, Lisa R. professes she was “right all along.” Furthermore, she accused “everyone” of lying to her face over her initial instinct that the drama was for a spin-off.

But Lisa V. wasn’t the only target of the former Days of Our Lives star’s anger. She took aim at Denise Richards for her alleged affair with Brandi Glanville.

As viewers know, Brandi Glanville alleges that she had an intimate relationship with Denise Richards. While Denise denies it, Lisa Rinna clearly believes Brandi. Denise and Lisa R. have known each other for over 20 years.

However, they have been feuding on the show and it seems their friendship is kaput.

Along with her diss at Lisa Vanderpump, Lisa Rinna took aim at Denise. She joked that Brandi and Denise will get a “scissor sisters” spin-off.

Another day, another Lisa Rinna rant…. but was she right about Lisa Vanderpump – using the #RHOBH – to promote #VanderpumpDogs? Call it out! pic.twitter.com/eTGlM1VsqR

“Scissor sisters” is a reference to a position two women use when being intimate.

Several RHOBH fans IMMEDIATELY called Lisa Rinna out for the “joke.” One fan took her to task for “ridiculing” lesbians.

Not surprisingly, both posts have since disappeared from Lisa R.’s Instagram Stories.

Do you think Rinna crossed a line with her joke? Tell us in the comments.

Tune in to The Real Housewives of Beverly Hills Wednesdays on Bravo. Next week, the other women confront Denise about the affair allegations. Watch a preview below.

#RHOBH sneak peak: next week @deniserichards is confronted by the women in Rome! 💎