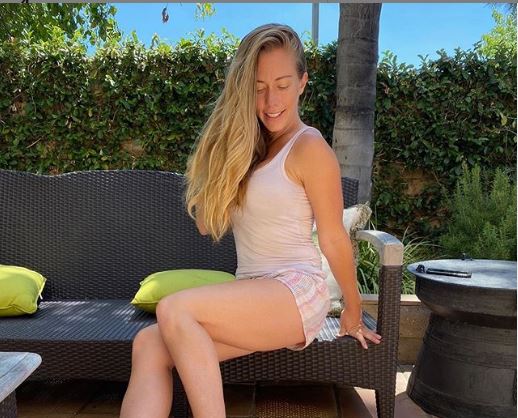 On Friday Kendra Wilkinson teased her Instagram followers with the caption “My first time back on camera in years… stay tuned. 😊” What are her plans? We are here for it!

It’s Been a Long Time

Kendra has been featured in many reality tv shows in the last few years. Most of us came to know and love her spunky personality when The Girls Next Door filmed with girlfriends Kendra Wilkinson, Holly Madison, and Bridget Marquardt. Wilkinson was more of the sport-loving tomboy a lot of people could connect with.

When Kendra left the mansion she starred in her own spin-off show titled Kendra which followed the beginning of her relationship with NFL player Hank Baskett. The show had the highest amount of viewers on its debut since The Anna Nicole Show.

After the spin-off wasn’t renewed for Season 4, Kendra wrote a memoir titled Sliding Into Home. She was also a guest star on the hit show Dancing With the Stars.

In 2012 after Wilkinson departed from E! she joined up with WE tv for her series; Kendra On Top premiered in 2012.

In 2013 Kendra was in an episode of Celebrity Wife Swap with none other than Kate Gosselin herself. Kate slammed Kendra when they met at the end because of her housekeeping skills. Kendra noted she wanted to do the experience to get to know the children and what was truly in their hearts.

The couple we came to know and love through the show, unfortunately, came to a shocking end. In 2017 Kendra and her husband Hank were participants in the show Marriage Bootcamp: Family Edition

The couple tried to work through their issues when rumors started to swirl about Hank Baskett cheating on Kendra with a transgender model. Kendra was eight months pregnant with their daughter at the time.

Both Hank and Kendra did everything to try and make their marriage work but couldn’t move past the hurt.

Kendra announced to her Instagram followers that she would be officially filing for divorce. A source told ET “They are absolutely still speaking. This is good-natured. They will always be there for each other.”

Kendra looks like she is happy and thriving. Her Instagram shows her playing golf, her favorite sport soccer, working out, and spending time with her children. Hopefully, now she has had time to heal Kendra will be coming out with her own show. With COVID it would be tough to think she would be hosting, even though she would be a great one! Check back with tvshowsace.com for the latest details!