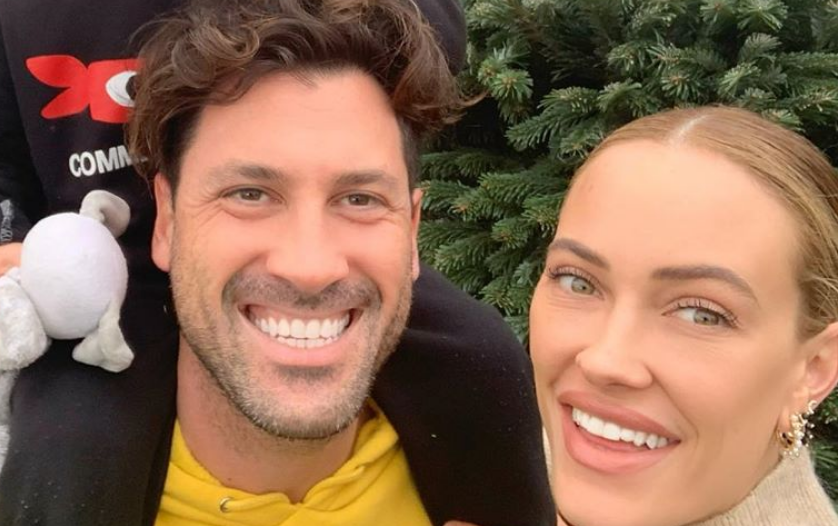 Dancing With the Stars is going to see some major changes in the upcoming season. This all began when Tom Bergeron was fired after hosting the show for 15 years. Additionally, Erin Andrews is no longer hosting DWTS. Since this news came out, Tyra Banks has been named the new host of the show.

A post shared by Dancing With The Stars #DWTS (@dancingabc)

Per Carrie Ann Inaba, the judges are safe. She’s awaiting the official announcement from ABC, which should be coming soon. But, as far as she knows, the judges will remain the same. This is despite the other changes happening.

Amid all these changes, several stars and fans of the show have been speaking out. Some are happy with the changes, but others think that the show won’t be the same without Tom.

After Tom‘s firing, pro dancer Peta Murgatroyd is talking about the show. She was interviewed by Us Weekly about the whole situation.

She explains that she is both “sad” and “shocked” to hear that Tom and Erin will not longer host the show.

Then, she goes on to say, “I was sad that chapter of the show is done and it made me emotional on the call. I was, like, ‘Oh, my God, Tom’s not going to be there anymore? Like, he is the show.’ I’m not disregarding [Erin]. She’s been incredible and an amazing host and somebody who had been through the show before with my husband, Maks. The way that she gave insight into celebrities and she could relate to them, I think really took the show to another level.”

Finally, the DWTS dancer shares a positive outlook on the changes. She says she’s looking at it as a “fresh start.” Then, she adds, “Let’s see what happens.”

Many fans agree that this upcoming season will be interesting. In addition to casting changes, the coronavirus pandemic may change things too.  On Twitter and other social media platforms, they are sharing their opinions. Some are saying that they will not be watching, as they feel that Tom makes the show. Without him, they don’t want to watch it anymore.

As of right now, it’s unclear how the ratings will look due to these changes. But, maybe Peta’s thoughts will encourage DWTS to have open minds and look at this as a “fresh start” for the show.

So, do you agree with Peta on the fate of the show? Will you still be watching it? Leave a comment below.