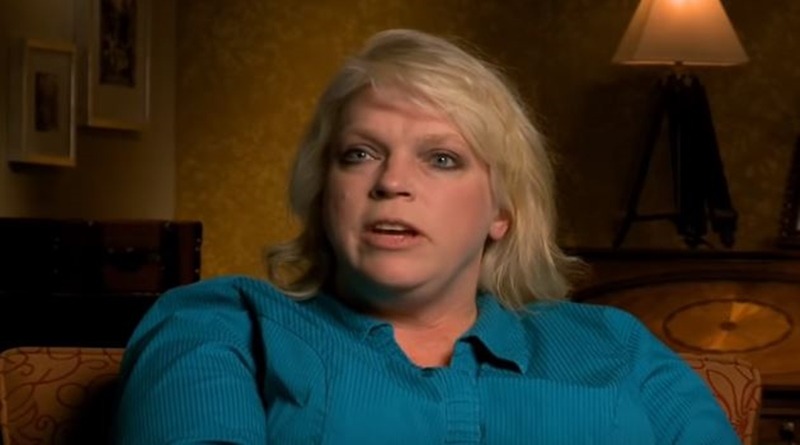 On Tuesday, July 21, Janelle took to Instagram and shared a photo of her rescue dog Bryn. It looked so cute as Bryn lay at her feet, with one paw on top of her foot. Janelle captioned it with, “When your pup missed you. Bryn is sleeping at my feet with her paw on my foot. #puppylove #dogsarethebest #rescue #chiweenie.” Many fans loved the photo and the obvious bond Janelle shares with the pup. One fan talked about their cat that misses her when she goes away. When she comes home, the cat “boxes” her “on the ears.”

But lots of dog-bond stories emerged. Fans think that Bryn tells the Sister Wives mom he’s not letting her out of his sight. One fan wrote, “Noone will ever love you like a dog.” Then, another one noted, “You’re not going anywhere, Mama….lol.” But other people who own Chiweenies also commented that their dogs do the same thing with them. Actually, it seems that the dogs inherited some kind of trait for cute bonding.

When your pup missed you. Bryn is sleeping at my feet with her paw on my foot. #puppylove #dogsarethebest #rescue #chiweenie

Bryn the Chiweenie came as a rescue dog

In demand, the dogs get bred by breeders. But, as Dog Time reports, often Chiweenies end up in shelters. So, quite often people get lucky and find one there. The dogs, a crossbreed “between the Chihuahua and Dachshund dog breeds…are very loyal.” The website suggests, “if you want an energetic ‘firecracker’ dog who will keep you on your toes, alert you to any potential dangers, and love you unconditionally, the Chiweenie may be the right dog for you!”

Last year, Janelle got in a rescue dog for her son Gabe, InTouch Weekly reported. Recall he hated Flagstaff so much. Very unhappy, she hoped a dog would help him feel more settled. Gabe named his pup Obi. Bryn, the Chiweenie already lived with the Sister Wives family. Reportedly, the two dogs made friends and got along like a house on fire. The family brought in Bryn at the age of two. It seems nice that the dogs bonded. And really cute that Janelle shares a strong bond with Bryn as well, fans think.

One fan commented, “I’ve read that when a dog lays across your foot it means that they claim you. Precious! ❤️🐶.” Well, it certainly looks like a circle of love. Janelle first claimed Bryn, and now Bryn claims her back. Do you think that’s very sweet? Sound off in the comments below.