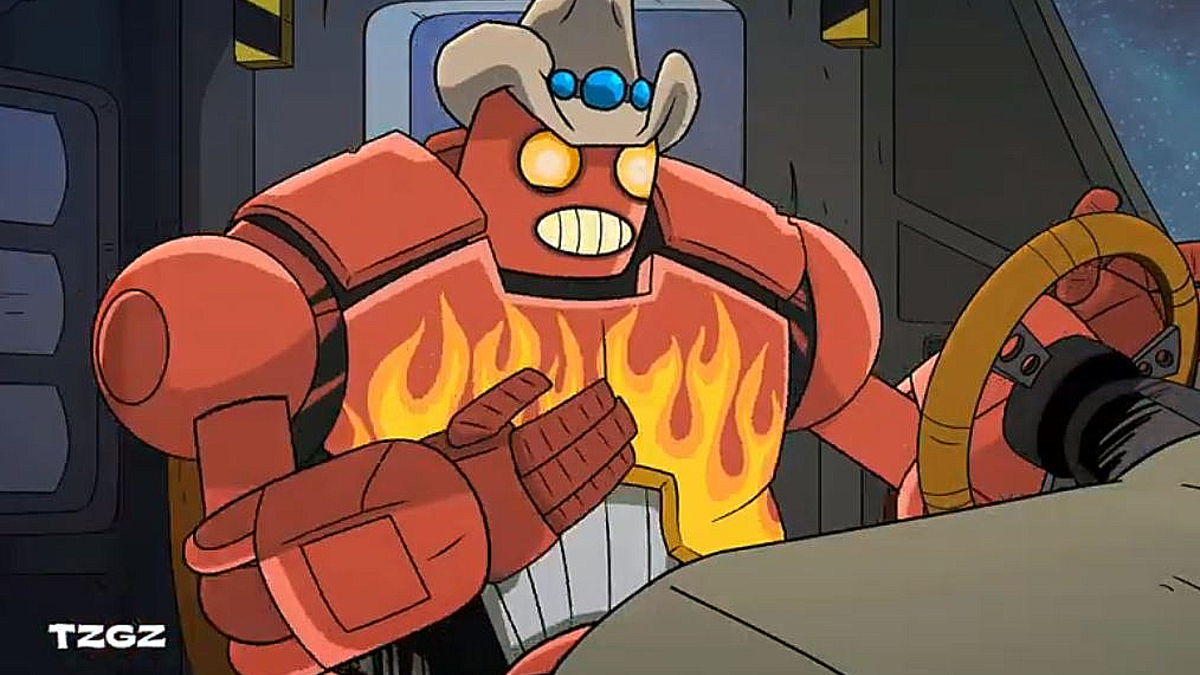 John Cena is a wrestling icon and former romantic partner to Nikki Bella of the Bella Twins. He also has an animated persona landing on SYFY this summer.  Dallas and Robo is the cartoon adventures of Cena’s character Robo and Kat Dennings’ character, Dallas.

Today, John Cena’s Twitter and Facebook accounts reflected the news as SYFY is ready for “a mutha truckin’ good time” and aims to capture the adult toon fanbase with their space-based screwball comedy.

Dallas and Robo stars Cena and Kat Dennings, and comes on Saturday, August 8 at midnight-ish ET/PT according to the network.

And the 8-episode half-hour adult animated comedy marks the first cable run during the network’s TZGZ late-night animation block. Episodes will also be available on SYFY On Demand.

People of earth! #DallasAndRobo is hitting #TZGZ, @SYFY’s animated side, Saturday 8/8 at midnight-ish. Check out @tzgz_syfy to see the greatest space trucker tandem since Han and Chewy! pic.twitter.com/Dr54PeA2Ln

The premise of Dallas and Robo

These two unlikely sorts will traverse the universe together, dodging “cannibal bikers, rival space truckers and vending machine burritos” as they attempt to earn a living “in the seedy world of interplanetary big rigging.”

The block airs on Saturdays at midnight-ish, because according to SYFY in a statement: “Just come hang whenever… we’re around. It’s perfect for when you’re feeling chill, funny and maybe even have the munchies.  We’ve got animated comedy with a genre twist and of course, a High Wizard to keep you company. What else do you need?”

The five original pilots include Chronicles of Frank, The Black Hole, The Pole, Psycho Palms, Plutonians.