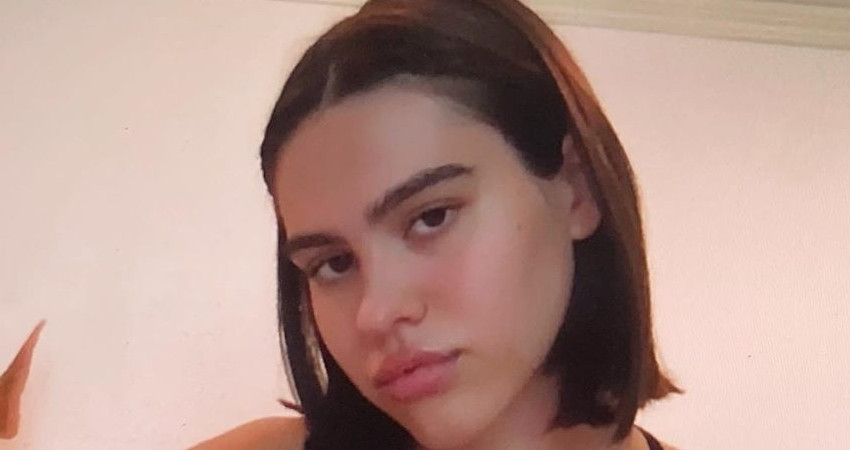 Clearing the air! The Real Housewives of Beverly Hills star Lisa Rinna and her daughter, Amelia Gray Hamlin, are speaking out. They separately told fans to “chill” about Amelia’s claim that she’s ‘forced’ to do the show.

On Monday, July 20th, Amelia took to Instagram to call out a troll. The troll said that Amelia faked her anorexia for a storyline on RHOBH. Amelia retorted that being on the show is the “last thing” she wants to do. However, her mom ‘forces’ her to make appearances.

Amelia Says She Used the ‘Wrong Choice of Words’

Amelia’s initial comments about RHOBH is not what she meant, she now says. After her mom received backlash, Amelia took to Instagram Stories again to post a clarification.

In one IG Stories, she shares a screenshot of an article from The Daily Mail about her earlier comment. Her own text overlays the story. She begins by telling everyone to “calm down!” Amelia calls her mom “amazing.”

She admits that she should have used the word “encouraged” instead of “forced.” Amelia reveals that she was just 12 when she began appearing alongside her mom on RHOBH. The model stresses again that her mom merely “encouraged” her to be on the show.

Additionally, Amelia writes that she’s “so glad” that she got the chance to share her story with fans. Amelia has openly struggled with anorexia and anxiety in recent years. She often discusses it with Lisa on the show.

However, over the weekend, a troll threw the accusation that Amelia was lying about her anorexia for airtime. Amelia’s recent IG Stories alludes to the troll’s commet. She writes that she’s “not just on the show for a f**king storyline.” She again tells her fans to “chill.”

In another IG Stories post, Amelia reminds her fans that she’s 18 now. She points out that it’s been “6 years” since her RHOBH debut. Therefore, she could have quit “long ago.”

Amelia also defends her mom again. She writes that she just “said no” to a project with her mom’s encouragement. Amelia says she “didn’t know anything” about what the project was about and seemingly didn’t want to do it.

She said the reason she hasn’t quit RHOBH is because she “has a story” to tell her fans. In addition to addressing her mental health, Amelia promotes body positive content on her social media.

Amelia’s third IG Stories post is a bit confusing. She posts a selfie with the question “Like you would wanna be on national television at 12???” Yes, actually. A lot of young girls would love nothing more than to be on television. Her point, however, may be that 12 is an awkward age without TV cameras documenting your every move.

Lisa Rinna shared several of her daughter’s IG Stories on her own Instagram account. Us Weekly also reports that Lisa told her own fans to “chill.” However, that post has since disappeared, as IG Stories are only temporary.

Tell us in the comments if you think Lisa “encouraged” her daughter to retract her original claim.

Tune in The Real Housewives of Beverly Hills Wednesdays on Bravo. Check out a preview of this week’s episode below.

#RumourHasIt next week on The Real Housewives of Beverly Hills…👀💎