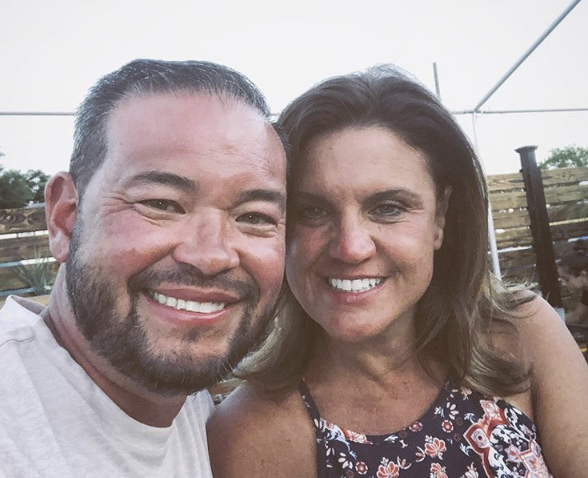 Jon and Kate Gosselin of Jon and Kate Plus Eight famously split up in 2009. Since then, the pair have moved on. Jon Gosselin has been with his current girlfriend Colleen Conrad since 2014. In a now-deleted Instagram caption, Jon ranted about haters and those who expressed negativity towards his relationship with Colleen.

Gosselin wrote, “This is ‘OUR’ life like it or not but we ‘LOVE’ it and FYI I’ll post what I want when I want and if you comment and if you don’t like it, guess what — I will block and delete your ass [because] all in all IDGAF or IDGAFF — that’s for you all that don’t understand (I don’t give a flying f–k) — I love this woman and will [until] the end!!!”

He left the picture but replaced the caption with, “This is ‘OUR’ life, love you all!!!” Comments are disabled.

Too Much Coronavirus Stress for Jon?

Jon seems a little stressed out these days, but that’s perfectly understandable. Both Jon and Colleen are healthcare workers and things have been pretty busy around the office lately with the pandemic. Internet trolls struck the same day Jon posted his rant on a post where he was pictured dining with friends and family. They quickly criticized him for not wearing a mask and being in a public space.

Gosselin wrote back to his haters, “America, it’s time to wake up!!! Go out!!! Wear your ‘mask’ wash your hands like your mother always told you!!! But if you comment bs on my IG I’m deleting you and honestly, I don’t give a flying F–K!!!! Really, I don’t!!! I’m over it and I’m gonna live free and alive.”

Maybe some downtime would clear his head?

The couple celebrated Colleen’s birthday last month in Florida to spend some time together and unwind. Jon has custody of two of the sextuplets, Hannah and Collin, but they were noticeably absent from vacation photos. Collin was also absent from Jon’s Fourth of July photos. After much fan speculation, Jon issued a statement.

He wrote, “Happy Fourth of July 🇺🇸 to every one!!! Sorry for the late post!!! Collin had other plans with his friends this weekend, that’s why he is not in the picture. (shame I have to explain all that, but I just did)!!!!”

Fans feel bad that Jon felt he owed everyone an explanation. Fans ask lots of prying questions about Collin since Jon got custody back in 2018. Kate sent Collin away to a special needs facility in 2015, for reasons that are still not entirely known. Jon denies that Collin has any special needs. The teen seems to be thriving under Jon’s care and bonded well with Colleen too.

Do you think Jon’s outburst was justified? Let us know in the comments.