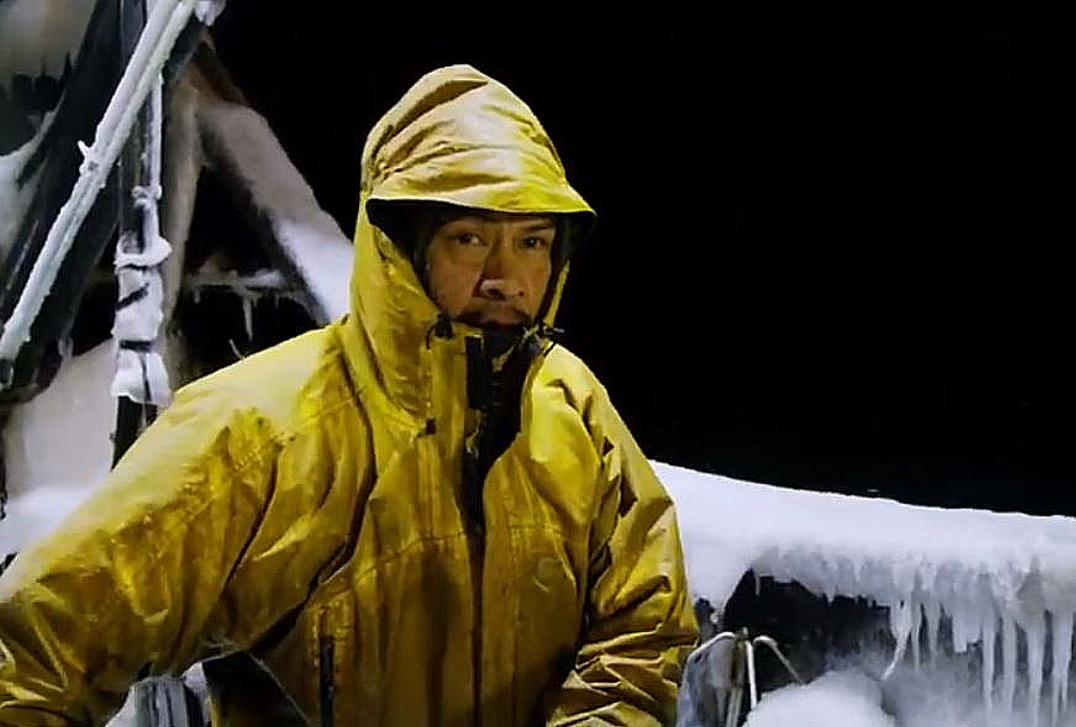 The older deckhand is slammed right in the back by a jagged 25-pound chunk of ice, and TV Shows Ace has the exclusive preview.

Fortunately Mac lived to tell the tale…but it shows how dangerous being on a crabbing vessel is day-to-day.

The F/V Lady Alaska is helmed by captain Scott Campbell Jr, or “Junior” as he is commonly referred to.

But the action in the preview clip is all on deck as he watches from the safety of his captain’s cabin. Scott sees his man Mac, with him since the F/V Seabrooke days, get hit during a huge Bering Sea swell.

The reaction from all on board is swift, as the crew are fast to respond and check on Mac. We see that he clearly is injured.

This season fans see captain Scott Campbell Jr. back in action after a few years where he was semi-retired.

The entrepreneurial young captain is a crab legacy—much like Josh Harris—but he has branched out into writing a book and creating a company based in Idaho.

But tonight he is regretting where he has laid his pots, as he remarks in the preview clip that the area is a bit too shallow.

Junior has had a rewarding but tough season, the Bering Sea has pummeled the F/V Lady Alaska had a bilge pump issue, and that gave them a jolt after they realized the ship listed heavily to its starboard side. The vessel was flooding and Junior was struggling to get the boat to move.

Campbell is a Pacific Northwest kid, and now has a home in Idaho.

He grew up in Kodiak, Alaska until he was about eight years-old and then his family moved to a farm in Milton-Freewater, Oregon.

In a 2011 interview with the EastOregonian, Campbell Jr. said: “I’m not cocky…there’s a difference between confidence and cockiness. There are a lot of better fishermen out there. We just work harder than they do. We catch crab quicker than anyone else.”

Since he acquired the F/V Lady Alaska, Junior has been sharing lots of social media posts about his new boat.

Got the lady Alaska hauled out. Follow my Instagram page Scott Campbell Jr
Once I have 10k follower I will post a video on one of the biggest waves we have ever taken when we where hauling gear. #scottcampbelljr #fishing #deadliestcatch #ladyalaska pic.twitter.com/YEHg3vR1AL

Make sure to tune in tonight to see how Mac White fares from this on-deck injury, and if Scott Campbell Jr.’s luck changes for the better: