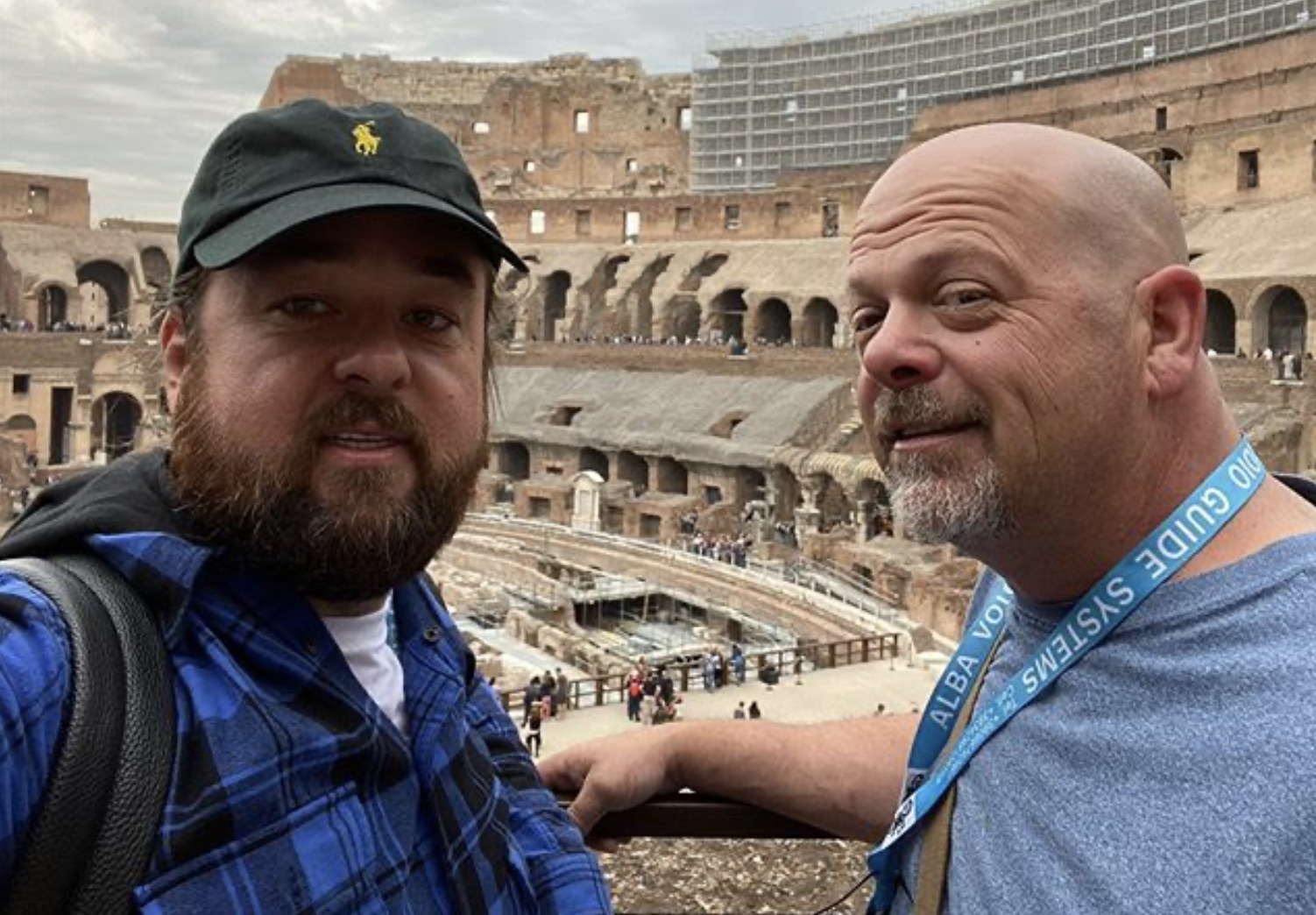 A new season of Pawn Stars is underway. Rick Harrison, Corey Harrison and Chumlee are back for 25 more episodes. Why are they starting the new season so early? Rick Harrison reveals that, how he spends his time and why Chumlee is like family to him.

Running out of stuff to watch during the coronavirus quarantine? Pawn Stars is rushing to get some new episodes ready for fans. According to the Las Vegas Review-Journal, the History Channel show about historical artifacts, sold at the World Famous Gold And Silver Pawn Shop in Las Vegas, is starting to film new episodes.

Rick Harrison explained that due to the coronavirus, networks cannot cast new shows. So, they are asking shows like Pawn Stars to start filming early. They need new material. They are filming five more episodes than the in last two seasons. This means 25 new episodes.

Harrison, who owns the pawn shop, as well as Rick’s Rollin’ Smoke Barbecue & Tavern, at the adjacent Pawn Plaza, was game to start filming. Bars in Vegas are closing again due the coronavirus surge. In addition, the numbers of people getting into the pawn shop are just a fraction of his normal business. On an average day, he usually saw 4,000 customers in the shop. Now, it is 400. So, he wants to make money. Pawn Stars does just that!

The John Katsilometes article states that they are filming Pawn Stars Season 17. But, fans may note that this could be called Season 18. Does it matter at this point? The show has already filmed 577 episodes. They are filming 25 more. This makes it a whopping 607 episodes of Pawn Stars! Not bad for a show that took years before the History Channel picked it up.

In fact, Rick Harrison revealed that his late father, Richard Harrison didn’t want to be part of the pitches. Rick would invite the Old Man to participate in a sizzle reel. Besides telling his son that this was the “craziest” and “stupidest” thing he had ever heard of, he took Rick down a peg and declared his dream as impossible. Rick revealed that his dad told him, “Rick, you’re never getting a bleeping TV show. It’s just not going to happen.”

Well, it did and the elder Mr. Harrison became the grumpy old man that fans around the world adored.

How Does Rick Harrison Unwind?

When Rick Harrison is sitting back at home, what does he do? He is a history buff and loves to read. Currently, he is reading Coinage and History of The Roman Empire by David L. Vagi. This information could come in handy for a future customer. Or, he may already have a treasure that will be shown on the series. We will have to wait.

Subsequently, less than a year ago, Harrison was in Rome with Chumlee. His interest in all things Roman may have begun there.

As for Austin Lee Russell, better known as Chumlee, what is Rick’s relationship with Corey’s childhood friend? Turns out it is very paternal. Rick shared that Chumlee buys him a Father’s Day gift every year.

On his birthday, Chum asks Rick what he gave him. Rick always reminds him, “fame and fortune.”

Duggar Cousin Amy King Gets Real About Daddy Issues
‘Below Deck’ Reunion Shocking Clip Shows Gary & Daisy Living Together?
Deon Derrico Loses 2nd Home To Foreclosure, What Now?
Why Did Kendall Jenner & Devin Booker Break Up?
Does Kody Brown Only Have His Wives For Childbearing Purposes?