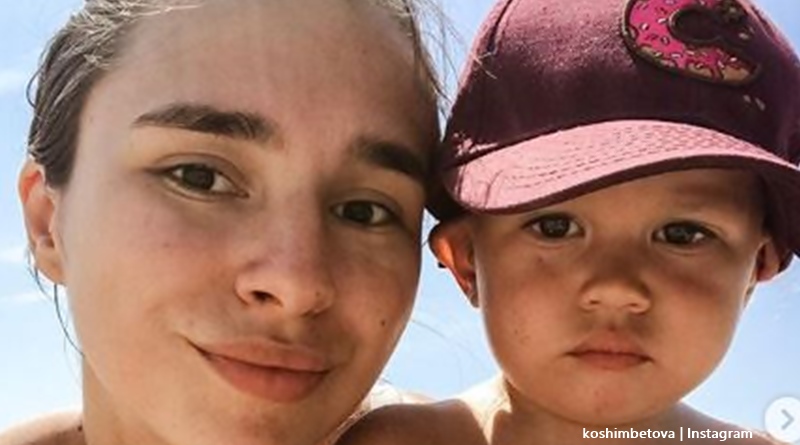 90 Day Fiance couples sometimes confuse fans of the TLC franchise. About a year ago, Olga told her fans she plans on no more kids. Now, she revealed that she still hopes for more kids. But, her husband, Steven Frend doesn’t want another child. The couple already has their son Richie Alex.

90 Day Fiance –  Olga wants another child in the future

Taking to her Instagram on Thursday, Olga wrote a long post about babies. She shared a throwback photo of herself when she still carried Richie Alex. Of course, some fans instantly assumed she’s pregnant again. But, she clarified that in her caption. Olga wrote, “it’s my old pic.” She said that she wrote about more children as many fans ask her about more kids. First, she explained she feels a bit hesitant as her first pregnancy came fraught with stress and worry.

The 90 Day Fiance star explained that she worried about “college” and where she’d live. Naturally, she also stressed about getting her visa for the USA. She also felt unhappy as she hoped that she could visit her family in Kyrgyzstan. But, the doctor refused her permission to travel. So, Olga says that she couldn’t “enjoy” that pregnancy. Further on in her caption, she said she wouldn’t mind another child. But, they don’t plan for one just yet given life’s uncertainties.

The dilemma about more kids seems to come from Olga’s husband Steven. In the comments, fans spoke about babies and college. One fan wrote, “I’ve enjoyed your Instagram for a long time and I’ve noticed you’ve changed your mind on having another child. I remember a Story saying you and Steven aren’t planning for another one.” Olga replied, saying, “Steven doesn’t want but I want in a few years not now.”

My dm is booming from question “Are you planning to have another baby?” I understand why people like this question and my answer you will read at the end of this caption 😉 When I was pregnant with Alex I didn’t really had time to enjoy it. My head was busy with things such as where I’m going to live? What to do with my college? What about visa and so on. Plus constant visits to the doctor did not bring me any pleasure. I wanted to go visit my family in Kyrgyzstan and relaxed there but my doctor said no, even when everything was okay … 🙁 So down the future I would like to have another child but who knows what’s gonna happen tomorrow or in 10 years 🤪it’s my old pic ( just in case) #pregnant #prettygirls #pregnancy #model #modelgirldc #girldc #blog #usa

The 90 Day Fiance fan who recollected Olga saying she wants no more kids, got it right. Almost exactly a year ago, Olga did a Q&A. We noted that fans asked her if they “plan another baby.” Back then, we reported that Oga just said, “nope.” So, it seems that Olga wants a baby in a few years’ time. But, Steven’s not keen on that idea at all. Maybe she hopes that in a few years he might change his mind.

Remember to check back with us often for more news about your favorite 90 Day Fiance stars.