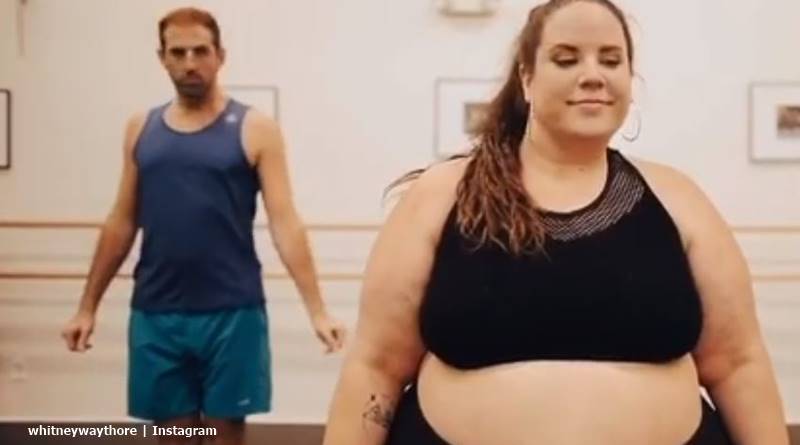 MBFFL star Whitney Way Thore brings more than just drama to TLC. She shows people that no matter what they look like, it’s what’s inside that counts. Fans of the TLC show know that she struggles with her weight because she suffers from polycystic ovary syndrome. But, she gets out there and exercises a lot. Larger than average, many fans love that she’s not afraid about loving her own body. This weekend, she shared a photo of her herself posing in a bikini.

MBFFL – Whitney poses in a bikini on the beach

The My Big Fat Fabulous Life star shared a couple of photos of herself on the beach. She said she shared them for National Bikini Day. Many fans love the way she shares that sort of thing. It inspires them to love their own bodies. Despite more awareness about the body not being very important, generally, people still expect their TV stars to look marvelous. Whitney, very pretty, can’t look slim no matter how hard she tries. But she looks comfortable in her own body. Something many fans simply feel unable to do.

One MBFFL fan said to Whitney, “Such an inspiration to so many! Thank you for being u.” Another one commented, “I love that you love your body. I’ve never bought myself a two piece. It’s always been a goal of mine but I haven’t gotten there yet.” Meanwhile, yet another fan commented, “Beautiful as ever!!! Wish I had your confidence!!!” Plenty of similar comments went Whitney’s way. So many people feel a lack of confidence about the way they look, and often, it’s a very deep-seated and even debilitating feeling.

These days, people seem very judgemental, and with access to social media, some very horrid comments get tossed out. Called body shaming these days, a rather old fashioned stigma to being large affects the way people feel about themselves.  The Daily Meal notes that sometimes this causes a “negative effect on people’s health, resulting in medical and psychological consequences.” The website suggests that talking about your body image and think about being “fat” all the time isn’t the way to cope.

In fact, Whitney Way Thore knows she carries a large body frame. But, you seldom see her complaining about it on My Big Fat Fabulous Life. Whitney gets on with her life and despite her challenges proves everyone’s got potential. No matter how big they are, they can rise up and conquer those insecurities. That’s why she gathered so many MBFFL fans. Perhaps people with svelte figures don’t get why Whitney posted photos of herself in a bikini. But thousands of people who suffer from stigma and a lack of self-confidence, adore her for it.

What do you think about Whitney’s attempts at teaching people that what’s inside matters more than the shape of someone’s body? Sound off in the comments below.