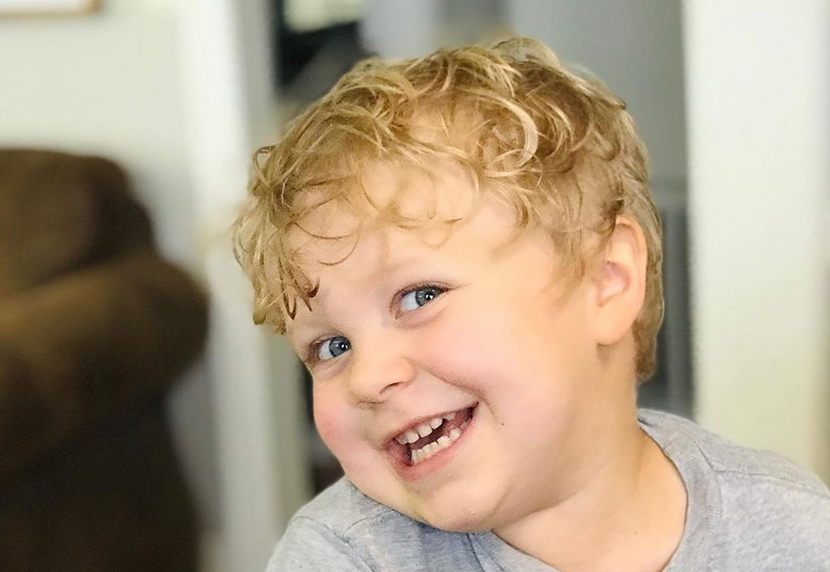 Duggar fans previously heard that Jessa Seewald’s son Henry had speech delays. She first revealed this information in November 2019. She talked about how Henry wasn’t at the same level Spurgeon was when he was that age. Since then, Henry has been getting help with his speech. Jessa has provided a couple of updates over the past few months.

Now, Jessa is sharing another update about Henry and his speech. And, from what she says, it sounds like he’s doing very well. He’s right where he should be.

In a new interview with Us Weekly, Jessa opens up about Henry’s progress. The mom writes, “He wasn’t really talking when he turned 2, but you’ll see some of that speech journey of his this season and just how he’s developing and growing.”

Then, she continues, “We’re very thankful that he’s back on track. [It’s a] huge encouragement for us as parents, because we were nervous for quite a while, [thinking], ‘I guess you’re going to catch up.’ So he had an evaluation when he turned three. And so that’s exciting.”

How many kids do Ben Seewald and Jessa Duggar have?

Henry is one of Ben and Jessa’s three children. Spurgeon is 4, Henry is 3, and Ivy is 1. The couple adores their children. Often, they document the fun things they do with their kids. Amid the coronavirus lockdowns, Jessa and Ben added some playground equipment to their backyard. The kids are loving it!

As far as baby number four goes, no announcement has come yet. But, since Jessa has previously given birth in odd-numbered years, it’s possible that a new little one will join the family in 2021. But, Ben and Jessa are actively looking into adoption. This could be a long process, but they’re chatting with other adoptive families to get some information.

On Instagram, Jessa Duggar recently shared a video of her 13-month-old daughter Ivy singing, “Happy Birthday.” Since Ivy’s birthday in May, she’s been obsessed with the song and loves to sing it. Based on that video, it looks like Ivy is already a good talker. Of course, all kids are different.

If you need something to put a smile on your face this evening, watch this 13-month-old sing happy birthday to herself. 💞 And then the shy face at the end when she realized I was videoing her. 😆

So, are you happy to hear about Henry’s progress? Share your thoughts below.

The Duggar family returns to TLC for Counting On Season 11. The new season premieres on Tuesday, July 7. You can watch the first episode early here!

Nothing Left Of Wendy Williams Day After Finale, All Wiped Clean?
‘Love After Lockup’: Branwin & Chazz Over, Is She Back Escorting?
Amy King Praises Illegal Abortions: What If Josh Knocked Up Sisters?
‘Sister Wives’ Fans Notice Big Cosmetic Change On Meri Brown’s Face?
‘I Love A Mama’s Boy’: Laced With Heavy Sexism?