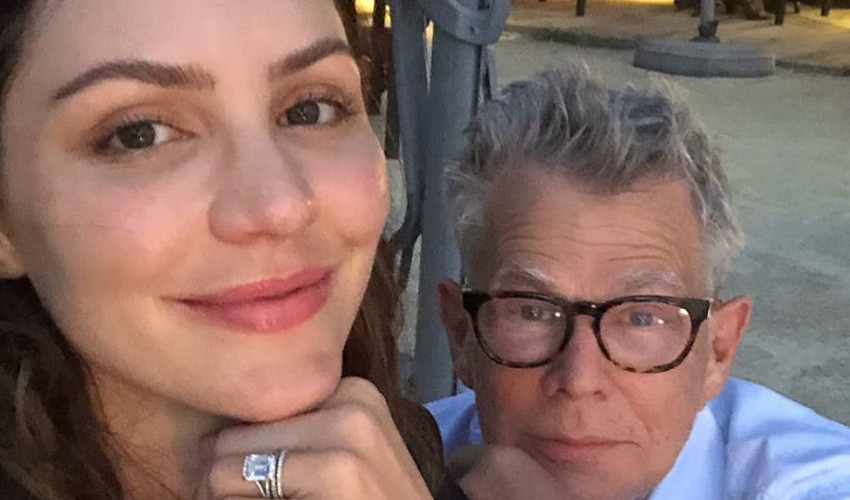 It’s a plot straight out of the movies: an aging man marries a woman half his age and his family disapproves. While David Foster did marry someone half his age, his five daughters give their seal of approval. David’s wife is American Idol alum Katharine McPhee. They wed in 2019, though they met during her season of the singing competition.

The musician is promoting a Netflix documentary about his life and music career. David Foster: Off the Record explores his long career of hit songs, including Whitney Houston’s, “I Have Nothing.” However, some of the doc reflects on his personal life.

During the documentary, David bristles at fans recognizing him more from reality TV than his long music career. He appeared alongside ex-wife Yolanda Hadid on Bravo’s The Real Housewives of Beverly Hills.

Is the Age Difference a Problem For His Daughters?

The Grammy-winning musician has four ex-wives. His fifth marriage to American Idol’s Katharine McPhee turned heads due to the age difference. David is 70 while Katharine is 36. However, David’s daughters say age really is just a number.

“You don’t even think about the age difference when they’re together because they both are emotionally the same age, which is either 36 or 70, I don’t know. Sometimes my dad is super young and sometimes Kat is super old.”

However, Erin admits that it’s “easier” to relate to Katharine partly because they are close in age. It seems David’s daughters get along with Katharine, but there’s one thing they aren’t so keen on.

Erin, Sara and Jordan do have one bone to pick with Katharine. She’s too “hot.” Erin jokes that the men in the family encourage Katharine to take a dip in the pool during family gatherings. Sara chimes in that they “hang on the side ogling” Katharine.

All of David’s children seem to get along with their new stepmom. Erin says that Katharine brings out the best in David. For example, Katharine “pushes him to be more emotional and more vulnerable.”

David and Katharine recently celebrated their one-year anniversary. While they met in 2006 when she was a contestant on American Idol, they didn’t start dating until after his divorce.

David Foster: Off the Record is now streaming on Netflix.

"It was like… when you watch a movie," David recalls. "It was her, and her singing, and it was phenomenal. I went, 'My god. Millions and millions of people are going to love this woman.'” – David Foster: Off The Record premieres Wednesday July 1st on @netflix @netflixuk @netflixaussie