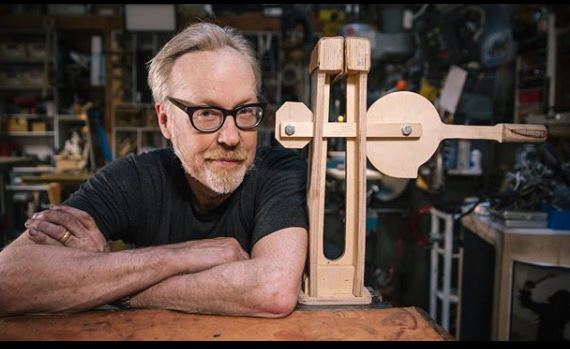 If you remember Mythbusters on the Discovery Channel, then you will know who Adam Savage is automatically. Us Weekly shared that he is now being accused of sexually assaulting his sister when the two were younger. The accusations come from her.

Adam Savage’s sister Miranda Pacchiana filed a lawsuit against him, but he is denying her claims. She filed the documents at the Westchester County clerk in New York. They accuse Adam of sexual assault from over 40 years ago. Adam is now 52-years-old. The court documents state that she is now dealing with “catastrophic and lifelong injuries.” It does sound like she is dealing with a lot.

The accusations against him are “rape” and forced oral gratification. She went into further detail about the alleged rape. She was younger than her brother Adam at the time his sister says this all occurred. These two haven’t spoken in over 20 years. The reason they quit talking was not revealed.

In today's @testedcom One Day Build, I take a cheaply made tool — a mini chop saw — AND I MAKE IT SO MUCH BETTER. I LOVE how this turned out. It may be my favorite One Day Build so far! Video is on Tested or there is also a link in stories.

Pacchiana’s attorney Jordan Merson did speak to Us Weekly. Here is what they shared below.

“The prolific abuse by Mr. Savage as alleged in the Complaint has caused irreparable damage to my client that she will live with for the rest of her life. Today is the first step in the direction of healing and justice.”

Adam denies claims against him

Right now, Adam Savage is denying the claims in this lawsuit. Here is what he had to say below.

“While I hope that my sister gets the help she needs to find peace, this needs to end. For many years, she has relentlessly and falsely attacked me and other members of my family to anyone who will listen.”

Savage’s mom is even on his side stating that his sister has “severe mental health challenges.” She made it clear that Adam is the one she is backing up on this one. There is no word on if she is close to her daughter still or not.

Adam’s hit show Mythbusters ended in 2016. Fans have missed the show. Adam Savage does post on his Instagram regularly, but he hasn’t posted at all since these accusations came out. Sometimes when something like this happens celebrities will decide to take a bit of a social media break.

If you miss watching Adam on television, he is the host of the Science Channel series Savage  Builds. Of course, you can also always catch repeats of Mythbusters.