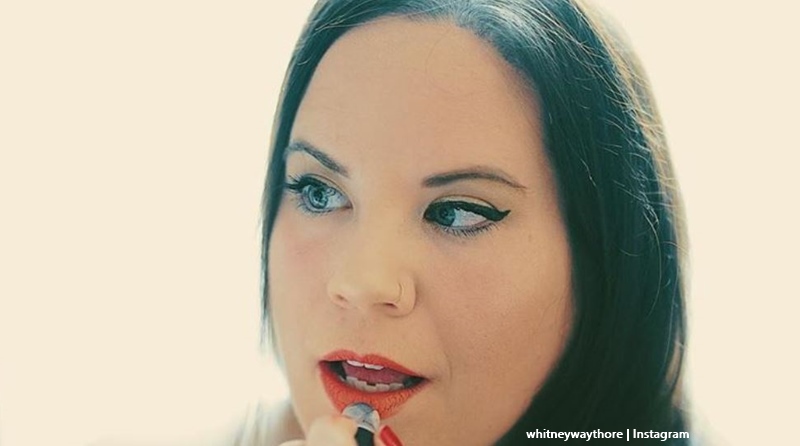 MBFFL star Whitney Way Thore seems a bit stronger recently. Since her split with Chase Severino, she seems very down. But she spoke up on the last day of Pride Month and said she’s “just kind of coming back to life.” The My Big Fat Fabulous Life star didn’t want her LGBTQ fans to think she forgot them.

On Tuesday, Whitney took to Instagram and shared a photo of herself and her dog adorned in rainbow colors. She wrote, “I know today is technically the last day of #pride.” Then, she noted she only just comes “back to life + the internet after a long break.” Then, she pointed out that she celebrates the “rainbow community “all year long. In fact, she said not celebrating the month this year seemed a bit “hard.”

The MBFFL star added, “I’m proud to be an ally. I’m proud of my LGBTQIA+ friends and followers.” In fact, she took it a step further and said she feels grateful about the “freedom to love whoever I want and the freedom for that to change.” Whitney said that the LGBTQ community brings “joy…in [her] life.” Notably, Whitney likes that the MBBFL show also references the community. Finally, she wrote, “❤️🧡💛Pride is a protest.💚💙💜.”

Fans care about Whitney. Shocked, they learned that the break up with Chase affected her very badly. We noted that she ended up at the hospital twice. One of those times came when she experienced a panic attack. Chase told her the news about his baby with another woman via the phone. Luckily for Whitney, her friend Buddy stepped up for her and stayed with her for a while. She stayed off social media for a bit and The Blast noted she only started coming back on Father’s Day.

Fans felt happy that Whitney spoke up for Pride Month. One MBFFL fan wrote, “Awww Whitney …Love the way you said that …just beautiful. You look amazing btw sending love and support to you.” Another one commented, “Good to see your posts again… yay!👍🏼” Fans missed her and worried about her. One fan noted, “You look fabulous. Welcome back ❤️.” Plenty more fans told her that they missed her and thought about her during the days following her split from Chase.

I know today is technically the last day of #pride (and I’m just kind of coming back to life + the internet after a long break), but being proud of the 🌈 community is something I celebrate all year long. It was hard not to be able to celebrate this year, but I was not about to let these pride outfits for Neeshi + me go to waste! I’m proud to be an ally. I’m proud of my LGBTQIA+ friends and followers. I’m grateful that I have freedom to love whoever I want and the freedom for that to change. I’m grateful for the amazing people this community has raised and the joy that this community has brought to my own life — and I’m happy that this community is represented on #MyBigFatFabLife and loved by so many! ❤️🧡💛Pride is a protest.💚💙💜

Fans of TLC noticed how good Whitney looked wearing her rainbow colors. They also admired her shorter hair. “Love this pic, love the colors on you, and love you!❤️🧡💛💚💙💜#morelove #lesshate,” one follower wrote. Another one reminded Whitney that fans love her and told her not to be “a stranger on Instagram.”

The MBFFL star seems in a better place than she was before, and fans love that she took the time to shout out for Pride Month. Do you agree she looks quite well? Sound off in the comments below.