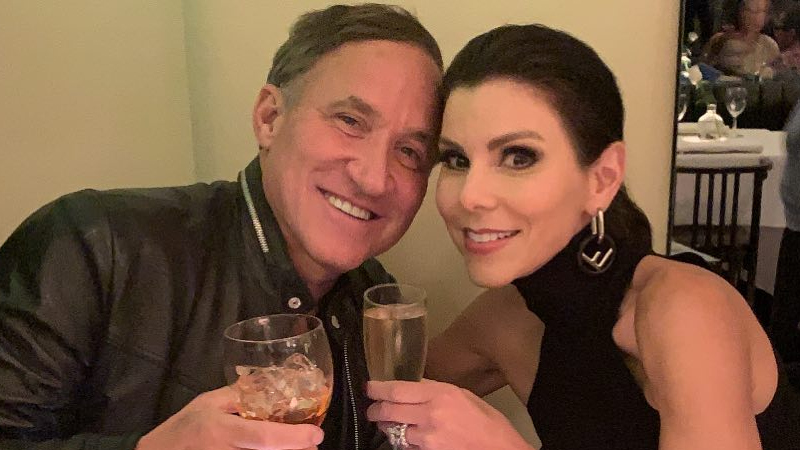 Two Bravo stars have new shows in development with E! network. RHOA star NeNe Leakes gets her ‘glam squad’ show picked up amid rumors that she’s been fired from Bravo. RHOC alum Heather Dubrow is joining forces with her plastic surgeon husband to give makeovers to married couples.

Heather and Terry’s daughter, Max Dubrow, chose the last day of Pride 2020 to come out as bi, garnering support from Heather and fans alike.

What We Know About NeNe’s New Show

Earlier this month, RHOA star NeNe Leakes denied rumors that she’s been fired from the Bravo show. The rumors came after a tense Season 12 finale and NeNe’s own admission that she wasn’t sure if she’d return. The rumor mill has been churning that NeNe was abandoning ship, leaving Bravo to go to another network.

While news of her future with Bravo is uncertain, NeNe does have a new opportunity with another network. Deadline recently reported on several shows in development with E! network. One such show is a beauty competition, Glamsquard Showdown.

With NeNe hosting, the show will feature the glam squads of various celebrities, competing for the winning prize money. Brad Goreski will serve as co-host. The show is still in the early stages, so not much is known about when it will premiere.

Many fans consider Heather Dubrow the one that got away from RHOC. Her former co-star, Tamra Judge, recently spoke out about letting Heather go was the worst decision Bravo has ever made.

Heather appeared from Season 7 to Season 11. Her husband, plastic surgeon Terry Dubrow, was often on the show. While Heather was appearing on RHOC, Terry got his own show on E! network. Teaming up with Adrienne Maloof’s ex, Paul Nassif, the two fix Botched plastic surgeries.

The show is a ratings hit, which may be why the network is giving fans a double dose of the Dubrows. In addition to NeNe’s new show, Deadline reports that E! is developing a show with Heather and Terry Dubrow, too.

That show, tentatively called The Seven Year Stitch, focuses on married couples looking to reignite their marriage. That may involve fitness training, couples counseling and wardrobe makeovers. In addition, Terry may perform plastic surgeries on one or both of the partners.

The Dubrows will both serve as executive producers on the new show.

Max Dubrow Comes Out as Bi Before Pride Month Ends

With the coronavirus pandemic, the usual Pride Month festivities have been low-key and virtual compared to usual. As June winds down, people are celebrating until the last possible minute. For Bravo’s Andy Cohen, that means officiating a virtual wedding with Patti LaBelle as the entertainment.

Heather and Terry’s daughter, Max, celebrated Pride by coming out as bi. And she has her mom’s full support.

The RHOC alum reposted her daughter’s ‘coming out’ post on Instagram. She included the caption that she’s “SO proud” to be Max’s mom.

I love you my beautiful, hilarious, amazing child! I am SO proud to be your Mother ! 🏳️‍🌈🏳️‍🌈🏳️‍🌈🏳️‍🌈🏳️‍🌈 #Repost @maxdubrow with @get_repost ・・・ i always knew i was bi, i just thought it was bipolar

It seems that Heather (and Terry) have a lot to celebrate this month. Check back with us for updates on NeNe’s status with RHOA.