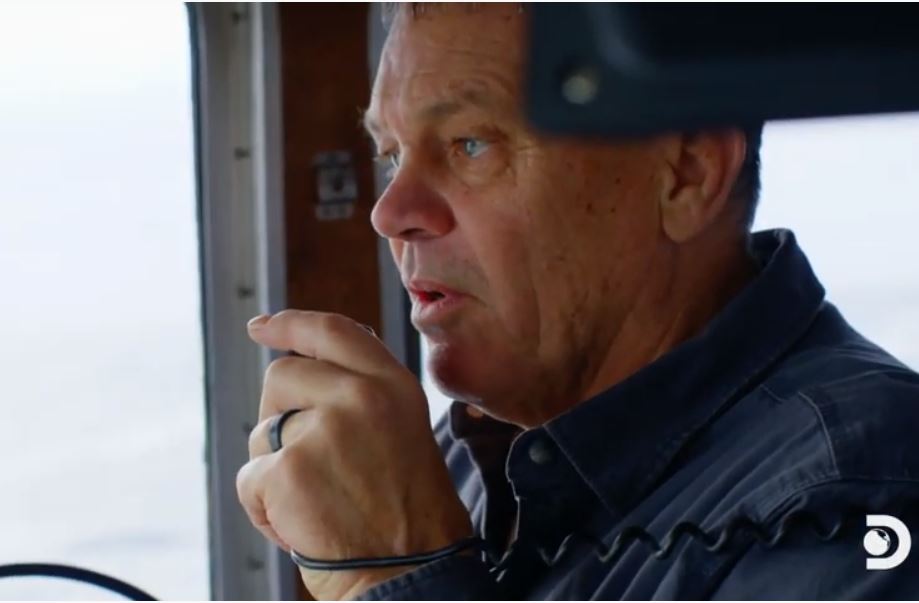 It appears Harley was given bad information about a fishing ground where the Cornelia Marie had been hauling up massive crab numbers. And Harley finds out the guys totally lied to him to shake him right off their honey hole.

The action is ugly. It’s real and it airs tonight.

Steve “Harley” Davidson and Josh Harris are not fast friends, and TV Shows Ace discovered this when we interviewed him exclusively.

We asked Josh: “I want your perspective on captain Harley Davidson’s tactic, peeking in people’s pots. The fans scuttlebutt right now s about Harley and what he’s doing and how he kind of spying tactics.”

Josh Harris replied: “Yeah. You know…what is the smartest way to answer this… to each their own? We’ve got our way of doing things on the Cornelia Marie and I like what we do. Everyone just kind of got thrown…in fact…whether I like it or not, it’s like dude, you’ve been fishing longer than me so I got respect for the man. Yes.. I mean, I do things a little bit differently… and that’s how I feel about that.”

Deadliest Catch action in the preview

Harley delivers an ultimatum. Josh and Casey must clear out space for him in their hot spot otherwise the veteran Captain will share the location with the rest of the fleet who will pick it clean.

In our preview, worried that his “partners” on the Cornelia Marie have not been straight with him, Harley Davidson checks some test pots, and the results have him fuming.

They are teeming with crab, and he realizes that Casey McManus and Josh Harris have “deceived” him, saying: “Now you’ve done it. I’ve been deceived! My little buddies are not my buddies…you guys meet a little liar like that well, now guess what, you gonna be my huckleberry ’cause I’m gonna fricking use you. Clear some room cause daddy’s coming to the dinner table.”

Meanwhile north of him, Casey and Josh are pulling up loaded pots full of crab and going nuts in the cabin.

Then Harley rings them on the radio. The whooping and hollering going on in the Cornelia Marie cappy’s cabin ceases immediately. Casey and Josh know they are busted dead-to-rights by Harley.

Barely contained, Harley says: “Yo yo anybody home? You know that’s a bunch of bulls*** what you guys pulled on us here. You guys got quiet [just] like a church mouse…you know, my crew and I, we know you guys have been holding back on us. You’re running around with your ass off…a couple snakes is what you both are.”

Harris and Casey are pretty quiet, and Casey finally says: “Whatever. I don’t know that guy nothing.”

Adding fuel to the fire, Harley says: “A deal’s a deal…You move your stuff here, and get out of my way see and  if we can’t get along. We’ll go forward but otherwise I’m gonna be telling everybody in the water … just pass the word just let my guys know.”

Casey is not digging this threat and the two make a decision regarding Harley and the Southern Wind.

Make sure to tune in tonight as these two boats square off over a lucrative fishing area where the crab are massed out: