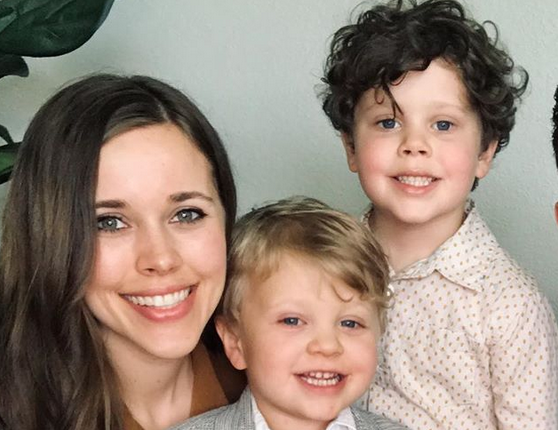 On Sunday, June 28, Jessa Duggar Seewald shared a few new pictures of her kids. In the photos, her kids are soaking up the summer sun and having a great time. As usual, Counting On fans love to see these updates from Jessa and the rest of the family members.

How many kids do Jessa Duggar and Ben Seewald Have?

Ben and Jessa got married on November 1, 2014. Since then, they have had three children together. Spurgeon is four years old, Henry is three years old, and Ivy is one year old. Ben and Jessa seem to love being parents. They’re always sharing about the fun things they’re doing with their kids. On Instagram and YouTube, the parents are very active.

So far, Jessa has had her children in odd-numbered years. So, if she and Ben stick to that same pattern, a new Duggar-Seewald baby could arrive sometime in 2021. But, as of right now, the couple hasn’t made any announcements. Nonetheless, fans are eager to see when the couple decides to add to their family. Ben has mentioned that he doesn’t want 19 kids like Jessa’s mom had. But, it’s assumed that the couple will still have a large family. Jessa also previously mentioned adopting children.

On social media Sunday, both Jessa and Ben shared a handful of pictures of their kids. In the photos, the kids are playing in the kiddie pool in the backyard. They’re enjoying watermelon as they sit in the pool. Even little Ivy is trying some watermelon. Ben writes, “Summertime fun in the backyard!”

Summertime fun in the backyard!

In response, Duggar fans are talking about how cute the kids are in the new photos. Ben’s parents commented on Jessa’s post, writing, “Are you kidding me? These babies are too cute! And Ivy Jane’s swum suit! 😭 So adorable!!!” Tons of fans shared similar comments about the photos.

Since summer is just beginning, it’s likely that fans will get to see a lot more of the Seewald kids spending time outdoors. Jessa seems to be a very involved parent and always finds fun things for her kids to enjoy. So, maybe this pool day in the backyard is just the beginning.

So, what do you think of the cute new pictures of Spurgeon, Henry, and Ivy? Share your thoughts below.

Counting On returns to TLC on Tuesday, July 7. Stay tuned for the latest news on Season 11.