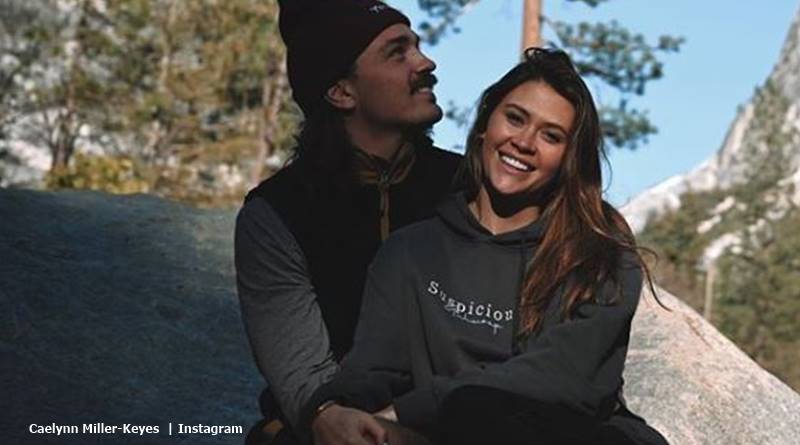 BiP fans know that Dean Unglert puts a lot of meaning into rings. He revealed that he thinks the commitment rings he and Caelynn wear are not much different from a wedding band. Now, he bought a couple of bracelets. And these, too, hold deep meaning for Dean. He found a place that makes customized, coordinates bracelets and asked fans to guess what theirs are.

On his Instagram, Dean shared a photo of himself walking down the road holding hands with Caelynn Miller-Keyes. In a second photo, he shared just a shot of their hands and the two bracelets. Dean said, “i came across these…coordinates bracelets recently and knew right away they’d be a great gift for caelynn so we could match every day.” He selected the bracelets, but pointed out the place also sells other stuff with “initials” and things like “necklaces.”

Next, the Bachelor In Paradise alum asked fans to guess “which coordinates” he got for them. Lots of guesses suggested a BiP location. Others guessed maybe he chose the place where they first saw Pappy their rescue dog. One fan wrote, “The spot on the beach where Caelynn decided to give you another chance and leave tho join you in your van!” Another one suggested, “Love it. I did the same thing with my husband ❤️ Coordinates of where you first met?”

The popular couple seem deeply committed to each other

One fan wrote, “Beautiful sentiment for one beautiful couple!❤️” In fact, they became very popular. After Dean’s bad accident in Switzerland last year, Caelynn flew over to be at his side. While there, they held a commitment ceremony. Not a traditional wedding or engagement as such, Dean believes it means the world to him. We noted that he told Chris Harrison “he’s committed to Caelynn,” noting the “title of husband” “makes no difference to him.”

The BiP pair also notched up a lot of popularity when they adopted Pappy. US Weekly noted that Caelynn shared photos of Pappy and explained, “We definitely weren’t planning on adopting, but we fell in love with this perfect little angel. Thank you @wagsandwalks for bringing this sweet old man into our lives.'” The rescue dog won a lot more fans for Dean and Caelynn. Now, they both look committed to each other and the future of little old man Pappy.

i came across these @customcuff coordinates bracelets recently and knew right away they’d be a great gift for caelynn so we could match every day. i got us bracelets with coordinates but they do way more; initials, necklaces, etc. any guesses which coordinates i got for us? be sure to check out @customcuff so you can get your own!

Cealynn and Dean nearly missed out on becoming a couple

When fans saw Caelynn and Dean on BiP, he actually left the island. Then, he returned and surprised Caelynn. They both packed up and left. Then, they kept their secret until the show aired. It all seems to come together for them these days. Fans love them and they keep everyone updated about their adventures on YouTube.

Now Dean and Caelynn bought coordinates bracelets, one fan suggested they’ll “start a trend.” Actually, many fans agree that it’s a lovely idea. Do you? Sound off in the comments below.