Unfortunately, things do not seem to be mending between Todd and Lindsie Chrisley

Chrisley Knows Best alum Lindsie Chrisley shared a very sweet tribute to her husband William Campbell a few days ago. The photo featured Lindsie and her husband engaged in conversation in a vehicle together. They looked exceptionally happy in the photo. As was typical with Instagram posts on Lindsie’s profile, the post came equipped with a very long caption. In the caption, she discussed how they celebrated Father’s Day.

Lindsie Chrisley and her husband disconnected from the world.

This man is the most selfless man, his love knows no bounds & he is the best daddy to Jackson. [ && our future babies to be.]”

Now, a quick scroll through her profile reveals Lindsie has posted snaps of herself with her husband a lot as of late. As those who follow Chrisley related news know, she and her husband are trying to have a baby. Based on her caption, it sounds like she and William want to bring a few little ones into the world for Jackson to be a big brother to.

Sometimes he kisses me to shut me up. I’m not mad about it 🤎⁣ ⁣ We celebrated Father’s Day at the lake && completely disconnected. It feels good to live in the moment & reminds me how blessed I am. ⁣ ⁣ This man is the most selfless man, his love knows no bounds & he is the best daddy to Jackson. [ && our future babies to be.] ⁣ ⁣ Next stop, H O M E for the week! ⁣ ⁣ P.S. We are currently arguing over McDonald’s & Burger King. Where would you stop? ⁣

Did she snub her father Todd on Father’s Day?

Now, this was a Father’s Day post. So, it isn’t too surprising that someone would bring up the topic of her father Todd. This was a topic that slithered into the comments of nearly everything she posts on Instagram. As we’ve previously reported, Lindsie has made it clear she has nothing to hide. She’s happy to briefly entertain the conversations.

After noticing Lindsie did not bother to pay tribute to Todd on Instagram… They wondered if perhaps she did so privately. One follower even took to the comments to ask. Ask if she called her father on Father’s Day. Unfortunately for those hoping things would mend between the two, she did not.

Lindsie Chrisley, however, explained why she didn’t call her father. Turns out, she didn’t see the point in calling him when he couldn’t be bothered to pick up the phone and call her. She revealed it’d been over seven years since the last time he called her on the phone. She explained that Mother’s Days, birthdays, and holidays pass without a single phone call from her father. And, she just doesn’t see the point in calling when the phone works both ways. 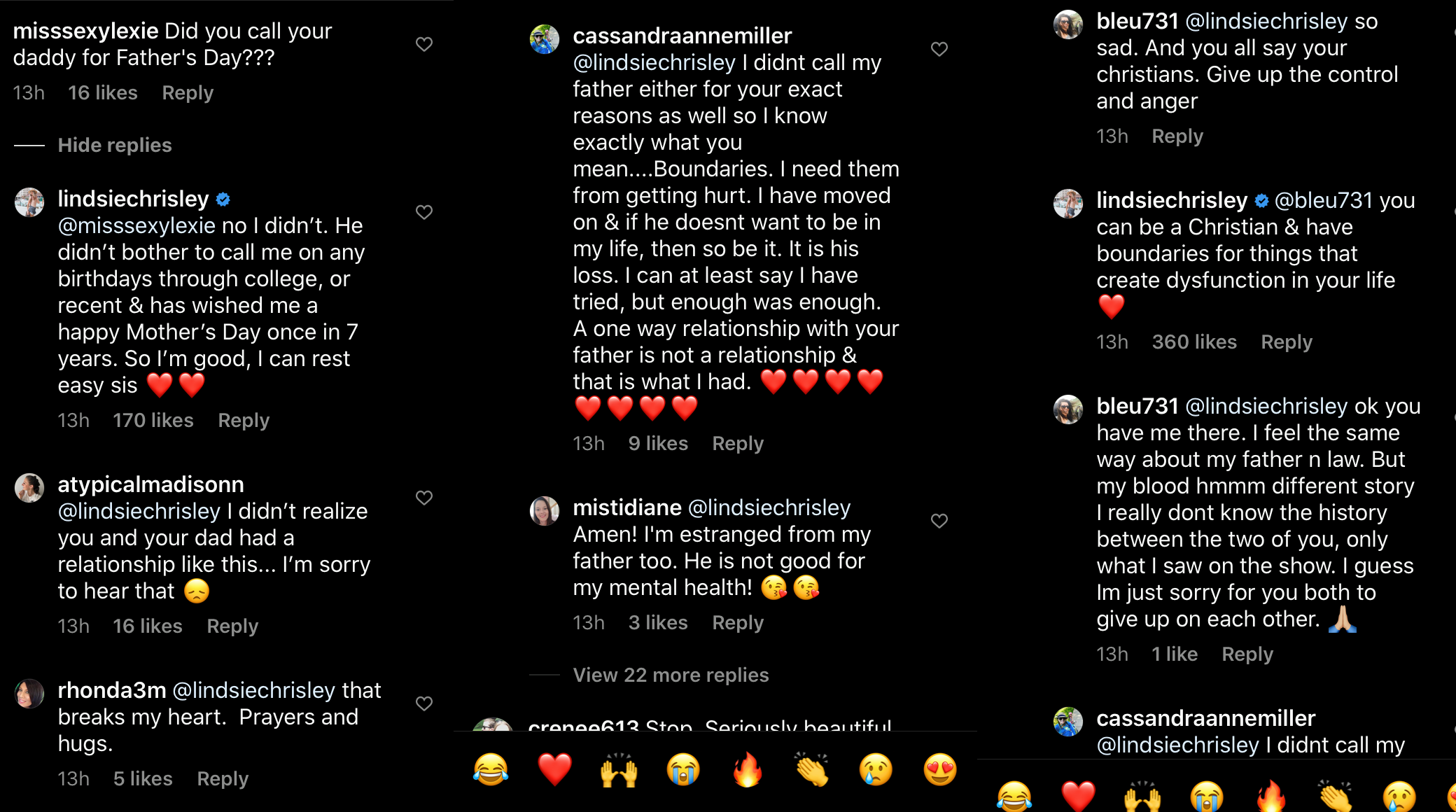 Did Todd Chrisley push his daughter Lindsie away and create the distance between them first? Lindsie sure makes it seem like that is true.

So, does it make you sad to learn how rough the relationship between Lindsie and her father is? Tell us about it in the comments.