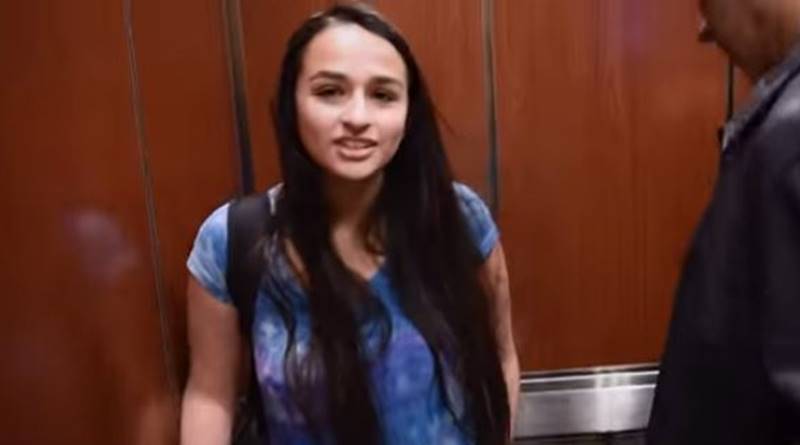 I Am Jazz star Jazz Jennings took to Instagram on June 25 and announced her reaction to winning a Reality TV Award for Best Docu-Series. The announcement came via the 7th Annual Reality Television Awards at RTVAs.com. The whole family takes part in the TLC show. Thrilled, Jazz thanked TLC for the platform that tells her story.

The announcement on Instagram revealed a short video clip with her dad, two brothers, her mom, and Jazz. Each one of them said something about fans who supported them. In the caption, the young woman wrote, “We did it! #IAmJazz…won the Reality TV award for best docu-series.” She also noted that when they originally started with TLC, they hoped to “show the importance of unconditional love and acceptance of your loved ones.”

It seems they never anticipated how far the TLC show would take them all. And, she seems genuinely pleased at the impact I Am Jazz had on people. Jazz thanked fans for their support and TLC for helping them find a platform for their story. Plenty of fans commented on the news. One person said, “Love you jazz you deserve it so, in the face of adversity you show no fear you are truly an angel.” Another person wrote, “Outstanding!!! Congratulations!! I am so proud of you and your continued advocacy. Thank you so much and again congratulations!👏👏💥💥💥❤🧡💛💚💙💜🌈🌈🌈.”

Other awards given out

While the TLC show won in that category of docu-series, plenty of other shows took home awards. Benzinga noted the press release talked about “Dwayne ‘The Rock’ Johnson accepting for Outstanding Host.” Other winners included Simon Cowell for America’s Got Talent. Another award that went to AGT included Kodi Lee for Outstanding Reality TV Moment. Actually, TLC did okay with other awards as well. They also saw success with TLC’s Drag Me Down The Aisle in Lifestyle and Dr. Pimple Popper as Best Guilty Pleasure.

Season 6 of I Am Jazz ended in March this year. In the season fans saw Jennings deal with her fourth bottom surgery and her family worried that all of this interfered with her education prospects. Jazz went through some tough times but her family always steadfastly stands beside her. TLC didn’t yet announce the seventh season for the show, but if it comes then fans could possibly expect it in January 2021.

We did it! #IAmJazz has won the Reality TV award for best docu-series. When my family and I decided to share our story publicly, our intentions were to show the importance of unconditional love and acceptance of your loved ones. Looking back, we could have never imagined the impact our show would have. Thank you to all of you, our amazing fans, who continue to support the show and my journey through life. Lastly, thank you to TIJAT and @tlc for giving my family the platform to share our story. We love you all ❤️ @realityawardstv #RTVAS

Fans hope for a new season of the TLC show

Naturally, the award for best Docu-Series probably ensures a renewal of the show. Fans really hope so, anyway. One wrote, “Love the show big fan it’s going to be a new season congrats Jazz you it.” What do you think about I Am Jazz doing well at the Reality TV Awards? Would you enjoy seeing more of the show? Sound off in the comments below.