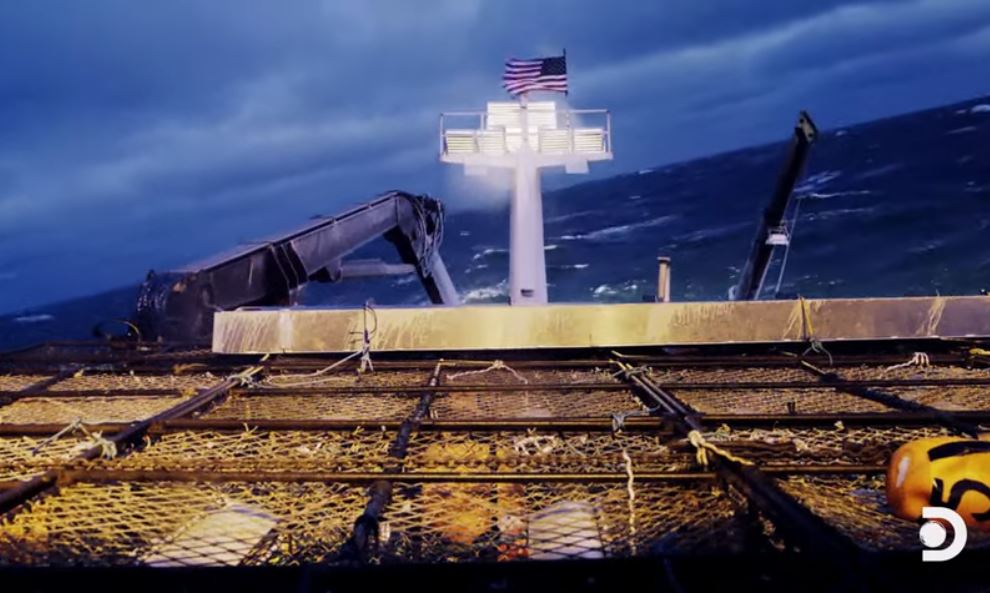 On Tuesday’s Deadliest Catch on Discovery, we have a nailbiter TV Shows Ace exclusive preview where Scott Campbell Jr. realizes his new boat, Lady Alaska, is taking on water.

Junior is filmed working in the cabin as he realizes his boat is not acting right at all, and just feels off to him.

It takes seconds for him to realize that there is something major going on down below. What it is causing his concern is a mystery, he has no idea and cannot leave the cabin as the steering is compromised.

Fans of Deadliest Catch know this is serious business. And as fast as he can, Junior sounds the alarms, waking up the crew who were asleep as they try to figure out where the water is entering the engine room, as it’s nearly three feet deep.

Time is against them and they can quickly breach out in the frigid Bering Sea, sinking like a stone if the weight of the sea water gets to a certain point.

This old girl is going to get fixed up. We lost a rudder on her in January. Even though I have moved on to the Lady…

Junior just got the Lady Alaska not too long ago, and he had saved up for this new fishing vessel. His previous boat was the Seabrooke. But now the Lady is in jeopardy.

We open out exclusive preview with a frantic look inside the captain’s cabin. Inside we see a full bearded Scott Campbell Jr. who looks a bit wild eyed as he is realizing there is something quite wrong with his new boat.

As he observes and feels the lack of buoyancy and responsiveness normally felt when driving his boat, Junior says: “This boat does not feel right. We are listing heavy to starboard, [and] we’re listing heavier…I got to get this boat turned.  I got to get this boat turned now… We got a back into this weather… We’re starting to breach this is not good.  Not good, not good. It’s [Lady Alaska] just getting heavier and heavier and the waves are hitting us and the boat will not move.”

Realizing the weight of the Lady Alaska is now at critical levels, he orders his crew to find the source of the water.

He says: “What’s going on down there?”

His crew tell him there is three feet of water in the engine room. Junior knows that if they do not stave the flow of water into the boat, they will roll and the crew and all may be lost at sea.

It’s all hands on deck.

Make sure to tune in to Tuesday’s dramatic episode: