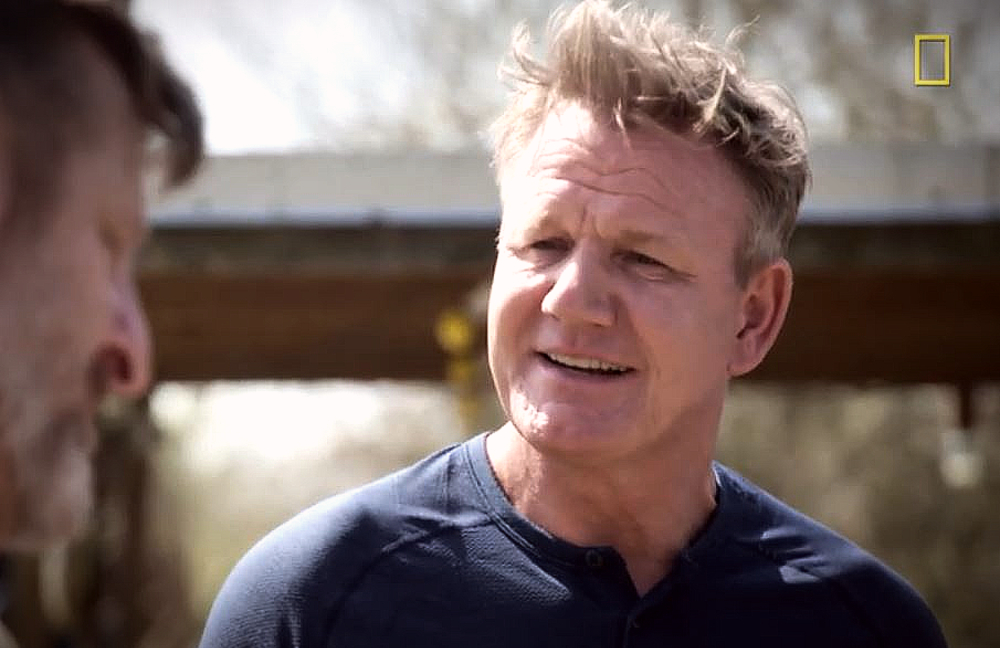 Immediately you can see by his reaction and know he’s in for it.

In our exclusive TV Shows Ace clip we see the reaction when Gordon Ramsay learns from his erstwhile Cajun chef friend Eric Cook, the chef and owner of the restaurant Gris-Gris,  he’s to make a gumbo with—get this—rat!

Despite the sketchy protein source, you know whatever Gordon sets out to prepare for a feast is going to be delicious.

All kidding aside, Louisiana residents are turning an invasive species, the Nutria rat, into a local protein staple, and they are finding it is quite tasty despite the bad press a large rat normally receives.

About Uncharted in Louisiana

There’s a lot to unpack flavorwise for tonight’s no miss episode.

Through Eric’s bonhomie and NOLA charm offense with Gordon, we are introduced to hog head cheese, Satsuma jelly, wild boar andouille gumbo, and more as Gordon learns a dark brown roux is the mother base to all good Southern cooking. Roux is a fat and flour mix that thickens any sauce, stew or gumbo.

Ramsay also learns the locals can earn six dollars a rat for culling, and marvels at the resourcefulness of these residents despite the fact they are facing huge erosion problems, as Cook tells Gordon that they are losing a football field sized swath of land daily.

Cook gives Gordon his shopping list which of course, includes gunning the Scottish chef up and preparing him for swamp hunting the Nutria rat.  Setting out on an airboat, Gordon eventually shoots and kills a nutria after a few misses.

There’s a lot more to Gordon’s Bayou State expedition, so make sure to tune in tonight.

Now in its second season, Gordon Ramsay takes a cooking show premise and ramps up the twists and turns. He takes viewers all over the world and serves up bigger and bolder adventures in the global culinary expedition TV series genre.

He’ll journey deep into the terrascape and the local waters of each place he visits, scaling mountains, battling 10-foot waves, braving frigid temperatures and bushwhacking his way through the backcountry to forage for some of the finest ingredients in the world.

In each episode he has a companion chef guide who instructs him on what the locals eat. Under the guidance of local experts and food legends he meets along the way, Ramsay will partake in culinary customs and learn about delicious delicacies and fresh flavors unique to each region.

Each episode culminates with Ramsay challenging himself during a final big cookout with a local food legend by his side, as they prepare a meal together for locals he met during his journey.

Watch as Gordon learns that he is to prepare a rat gumbo: