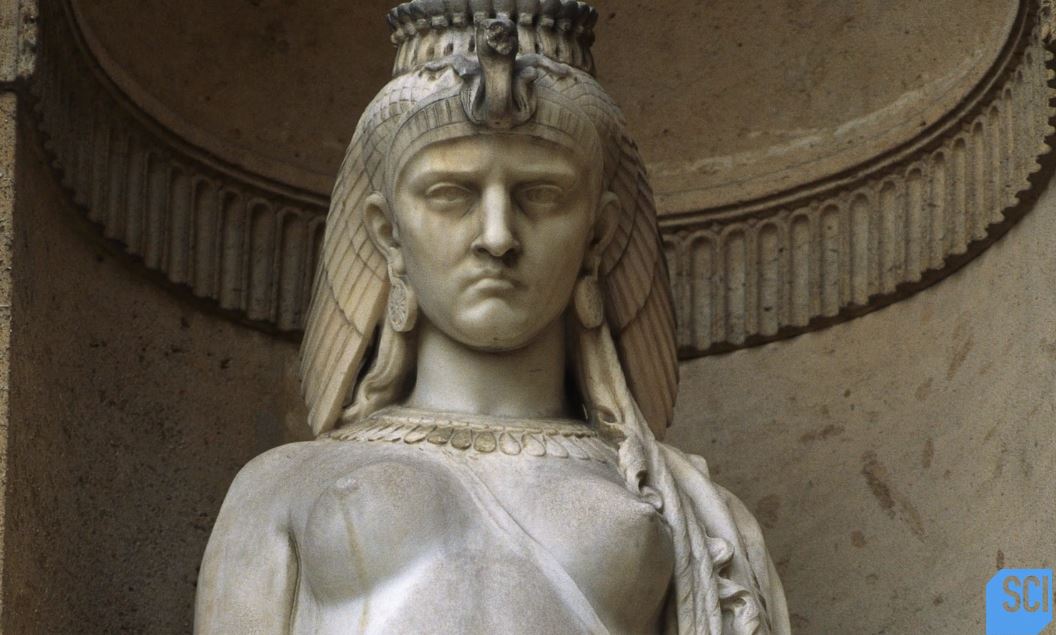 Science Channel’s two-hour special Cleopatra: Sex, Lies and Secrets is this Sunday.  There is new information and fantastic new discoveries which shine a light on the enigmatic queen of Egypt. The special aims to separate the myth from the fated queen’s real life.

We know that Cleopatra was a muse of writers from her time, to the filmmakers of the last century all the way to the present day. This special contains new reveals and breakthroughs in discovery about this misunderstood queen.

Experts are focusing their attention on an ancient site near Alexandria. Their search will be revealed on the Science Channel special, Cleopatra: Sex, Lies and Secrets that premieres this Sunday.

TV Shows Ace has another exclusive preview of the coming special.

Queen Cleopatra’s empire stretched from Libya in the West through Egypt and north as far as present-day Syria. And across the Mediterranean Sea was another great power, Rome.  And for the men of Rome, Cleopatra was perceived as the enemy,and so the propaganda begins.

Author Stacey Shiff says: “Cleopatra is different from so many other women in history for the sheer fact that her presence is enlarged, her importance is enlarged initially by Octavian. He needs to turn Cleopatra into some sort of monstrous foe. And this only of course enlarges her important. Her wealth becomes greater, she becomes more sinister and more seductive than she had ever been in her lifetime.  Cleopatra was very powerful but never quite as powerful in his domineering eyes she will begin to appear in the Roman literature. ”

A British academic, Dr. Joyce Tyldesley of the University of Manchester adds her insights: “Very very quickly, this frightening seductive, beautiful, Eastern very un-Roman image of Cleopatra is preserved in the classical writers, particularly Plutarch.  It gets picked up by people like Chaucer. But by the time it goes into Shakespeare it’s also got quite confused. Cleopatra is slightly transformed from being an evil woman—an enemy—into being a woman who has given all for love.”

Cleopatra inspired artists throughout history, as she was depicted in a portrait found at Herculaneum created a century after her death, to the more evocative European baroque works.

Ultimately, her life is laid bare with imagined and embellished dramatic flourishes on the silver screen.

Tyldesley says: “Hollywood depictions of Cleopatra very much fit the era which they made for.  Originally she’s very seductive, she’s a vamp, glamorous and and darkly seductive.”

By the 1930s, Claudette Colbert was cast as Cleopatra. She liked sex and drink and witty conversation and she is depicted as a fast woman.

But the cinematic Cleo most people remember is that of Elizabeth Taylor. Her starring role in the 1963 epic film, Cleopatra, was a spectacular and costly love story, directed by Joseph L. Mankiewicz.

The film showed how Cleopatra was lover to both Julius Caesar (Rex Harrison) and Mark Antony (Richard Burton). It also launched the infamous love affair between Taylor and Burton.

Cleopatra was the last queen of Egypt, a historical icon and significant female figure in history. In an all-new Science Channel special,  experts seek out the latest groundbreaking archaeological research to unravel the mystery behind this elusive Egyptian queen.

Once the ruler of one of the greatest empires in the world, Cleopatra is a prolific figure throughout history, yet details about her life remain largely unknown.

In Egypt, on the edge of the Nile delta, a massive archaeological dig is underway as experts search for the tomb of Egypt’s most famous pharaoh. A new theory about Cleopatra’s burial ground introduced by archaeologist Dr. Kathleen Martinez, suggests her tomb may be found in a place known as Taposiris Magna. Built over 2,000 years ago, the grounds of Taposiris Magna are honeycombed with hidden passages and tombs. When experts astonishingly uncover an undisturbed tomb decorated in gold leaf, it could be the answer to the 2,000-year-old mystery of Cleopatra’s final resting place.

The special will follow experts’ meticulous archaeology and new technology to reveal the secrets of Cleopatra’s life.

Producers behind the special

Cleopatra: Sex Lies and Secrets is produced for Science Channel by Arrow Media, Handel Productions and Rezolution Pictures. It is Executive Produced by Lucie Ridout for Arrow Media, with Tom Brisley as Creative Director; with Executive Producers Alan Handel for Handel Productions and Catherine Bainbridge for Rezolution Pictures.