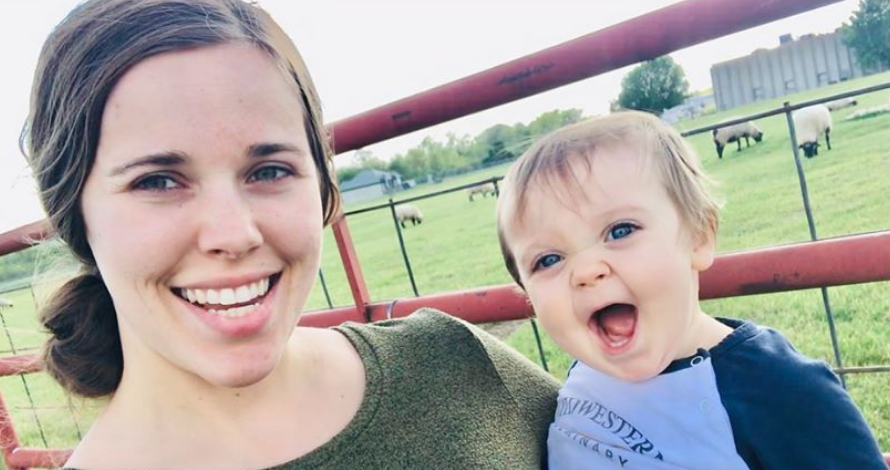 Anyone who follows the Duggar family knows that they get nasty comments from the occasional troll. No matter what they do, they can’t seem to please everyone. And, being in the public eye only makes it worse. For some reason, Jessa Seewald seems to get a lot of the hateful comments. But she doesn’t let these comments get to her and is quick to fight back if needed.

On social media, Jessa recently shared an adorable video of her one-year-old daughter Ivy singing “Happy Birthday.” Counting On fans may recall that Ivy celebrated her birthday in May.

Of course, fans are gushing over Ivy and think she’s already a great talker, especially since she’s newly one year old. As usual, they think the video is sweet.

In response to the video, one of Jessa’s followers pointed out the bumps on Ivy’s head, writing, “Got some nice bumps on her head.” In response, Jessa writes, “Mosquito bites from playing outside. Bless her!”

Fortunately, it doesn’t seem like the fan was trying to be nasty. The fan later replied and said, “Bless her,” about Ivy’s mosquito bites. But other Duggar fans called the original comment “rude.”

She turned one three weeks ago, and ever since then she has been in love with the song “Happy Birthday.” She toddles around the house singing “Happa-buh-to-you”, and it is just too cute. 😍🥳🎁🎈🎉🎂

This isn’t the first time that Jessa has had a snappy response to trolls. As Counting On fans know, the Duggars have a lot of kids and their children are having a lot of kids as well. So, it seems like someone in the family is always pregnant. Because of this, fans often ask whether someone’s expecting. When this happened to Jessa recently, she responded by saying she’s expecting triplets. Of course, this is a joke.

Even though Jessa isn’t afraid to fight back, her followers continue to leave nasty comments sometimes. She isn’t necessarily mean in return, but she does let fans know what she’s thinking.

Other Duggar kids get backlash on social media

While Jessa Seewald tends to get a lot of hate on social media, she isn’t the only one. Many of the Duggar kids share frequent updates on social media. And, when they share those posts, there are always a handful of comments that aren’t exactly kind.

Fortunately, the majority of the family’s social media followers share positive and loving comments. The nice comments far outweigh the rude ones.

So, what do you think of Jessa Seewald’s snappy responses to trolls? Share your thoughts below.