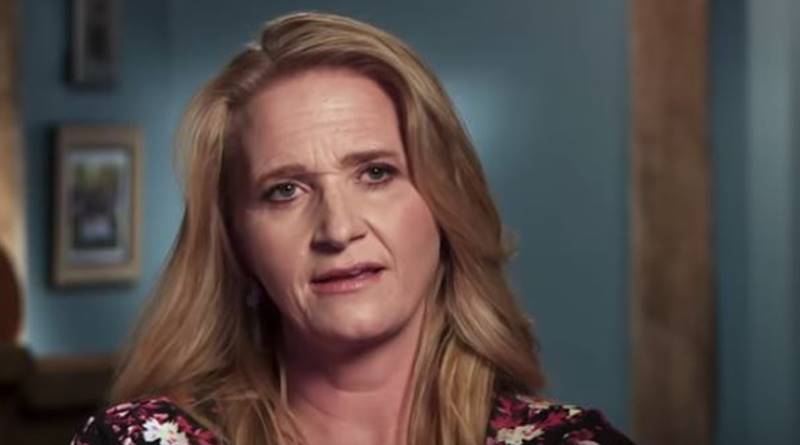 Sister Wives star Christine Brown freaked out followers when she shared a post about Noah’s Ark. Now, the post sits up on Reddit for posterity. There, fans discuss the weirdness of it, wondering if she’s really lost her marbles. After all, she asked fans to share animals they wish had been left off the ark to drown. Backlash followed. Did she just try an MLM social strategy that backfired?

On Sunday, June 8, Christine Brown took to her Instagram and shared a post about the hard world we live in. With the coronavirus and the protests by Black Lives Matter, many people feel insecure and unsettled. So, it seemed natural that Kody’s third wife might post about wishing for love in the world. We noted that she talked about the “looting and the fires,” noting the “shaming,” as well.” So, what she hopes for above all else, is more “more love” in the world. Some people went off at her for not promoting BLM.

Maybe she’s hesitant to say anything at all about anything political. Last weekend, she shared a weird post on her Christine Brown Sells LuLaRoe Facebook. Fans can’t understand what the point was. She spoke about drowning animals. Perhaps she hoped for something that didn’t involve politics at all. Maybe she shared drowned animals as she fears the bubonic plague carried by prairie dogs in Flagstaff. Recall, a couple of seasons back, Sister Wives showed the family exploring properties in Flagstaff and Kody freaked because the kids played in the dirt.

Christine’s post showed a picture of the Ark. She captioned it with, “Let’s be honest, I trust God but I think some animals should have been left behind! Post photos of animals you think should have drowned!” Then, she added some icons that show a butterfly, a tortoise, and a ladybird.” All About The Tea noted some harsh feedback from fans about her desire to kill God’s little creatures. But over on Reddit, some interesting theories came about MLM marketing tactics.

On Reddit, user @not_violajack pointed out it seemed like an MLM “social media scam” by the Sister Wives star. Maybe she hoped to “get engagement and drive traffic.” They explained that if someone posts a random thing like that, those who engage positively could make for potential “downline” followups for LuLaRoe. Another Redditor agreed, noting that those sort of posts are “called ‘social strategies.”‘ Apparently, they “trigger people to respond and therefore ping on the algorithm.”

A useful article by Business Insider explains how the whole MLM thing works and how people use social media to engage with people. Often, these include vulnerable people who then get led along as if the seller and the wannabe salesperson are besties. But if Christine thought her controversial post would work, she might have botched it. According to a person who joined an MLM, people should never post “anything negative” on Facebook.

What do you think about Christine Brown from Sister Wives sharing such a bizarre post about drowning animals? Do you think that if she’s not losing her marbles, maybe she botched an MLM social strategy? Sound off in the comments below.