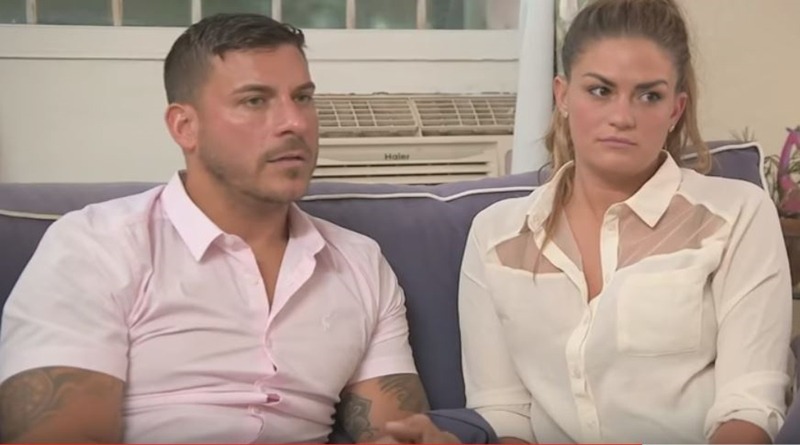 VPR stars Max Boyens, Brett Caprioni, Kristen Doute, and Stassi Schroeder all got fired by Bravo in the last few days. It all started when Faith Stowers revealed racist behavior after she and Jax cheated on Brittany. Max Boyens and Brett Caprioni lost their job after old racist tweets emerged. Fans wonder if controversial Jax Taylor might also lose his job, and he’s now reportedly on Bravo’s firing list.

Vanderpump Rules fans heard that Faith Stowers wants Jax off the show. In fact, with her accusing Brittany Cartwright of calling her “nappy head” she could also be on the way out. Bille Lee featured on Seasons 6 and 7 of the show. Trans Billie felt all the cast accepted her preferential female gender identity. But Jax didn’t want to film with her, she alleged. So, she has issues with Jax over that and wants him fired.

Outside of the Bravo franchise, Ashley Marston Smith also wants Jax Taylor fired. The 90 Day Fiance star from TLC shared on Instagram that Jax clashed with her and Jay Smith when he got his visa approved. Sharing a tweet he made, she furiously denounced Bravo for keeping him on the show. It said, “your man’s nose is the size of his head.” On her Instagram, some critics argued that nose size needn’t be a racist reference. But over on Twitter countless people called for VPR star Jax to get booted.

Did y’all see bravo fired four cast members? Well @bravotv don’t leave out old Jax Taylor who harassed us when our show first aired. If you don’t understand why I find this racist please watch my story. Education is key.

Jax reportedly on the ‘chopping block’

InTouch Weekly spoke to a source who suggested strongly that Jax Taylor’s already on the firing list at Bravo. In fact, the source described the Vanderpump Rules star as being “on the chopping block.” Allegedly, even Lisa Vanderpump grows a bit concerned. Fans know from the past that Lisa stepped in and defended Jax often. Some fans think the show edits Jax that way, to keep them interested in the show. But, at a time when Back Lives Matter dominates the news, Jax might not survive, even if Lisa wants him to.

The source explained to the outlet that “Bravo, like other networks,” encourages “bad behavior from their stars.” The person noted that the networks now look at “everything with new eyes. It’s a wake-up call.” Actually, it seems unlikely Jax survives this time on VPR. On Twitter, countless people call for his firing. One critic wrote, “@BravoTV @evolutionusa @LisaVanderpump @mrjaxtaylor @BNCartwright….still waiting for that firing confirmation… you can’t keep ignoring this! You have to fire Jax!”

Not everyone agrees that Bravo should have acted so hastily with Stassi and Kristen. One person noted, “when did Faith Stowers become executive producer of Vanderpump Rules and CEO of Bravo to become their firing squad????? Shame on Bravo….sooooo disappointed in this network! Grow some balls Bravo!”

But, it certainly seems that the source who spoke to InTouch believes that Jax is definitely on the VPR firing list. Fans just await the news for confirmation.

What do you think about all the rumors that Jax is on the firing list? Do you think it’s just a matter of time before fans hear about it officially? Sound off in the comments below.