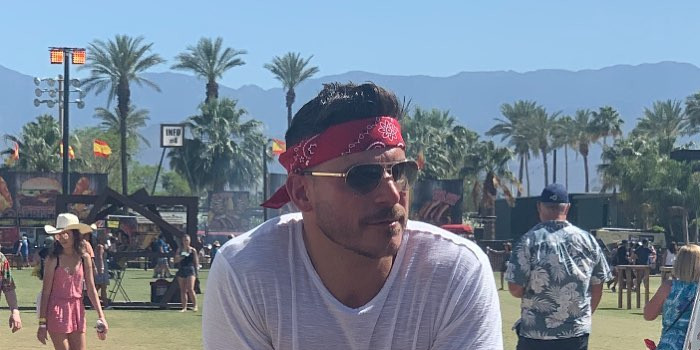 VPR OGs Kristen Doute and Stassi Schroeder got the boot for wrongly calling the police on former co-star Faith Stowers during Season 6.

As fans recall, at the time, Faith was dealing with the fallout from her affair with Jax Taylor.

Regular Vanderpump Rules viewers remember Billie Lee from Seasons 5 and 6 of the Bravo hit. When she first started at SUR, she confided in Lala Kent about her transition from male to female.

While most of her co-workers accepted Billie as female, she claims that Jax didn’t. In fact, she says Jax refused to film with her at all, Us Weekly reports.

When the LGBTQ activist tweeted asking Bravo to #cancelJax, a fan replied with more damning information about the resident VPR bad boy.

Along with many of Stassi’s past misdeeds, internet sleuths are combing through Jax’s social media. Several fans found and shared an old tweet that Jax wrote about Faith. The tweet spreads rumors that are oddly similar to what Kristen and Stassi allege of Faith.

In addition to calling the cops on their nemesis, Stassi and Kristen reported Faith to the military as AWOL. She wasn’t AWOL.

Jax tweeted that Faith was “wanted by the police.” He alleges that her crime was “grand theft auto.” Additionally, he accuses Faith of being “AWOL from the military.”

He also tweeted this about Faith I got blocked for bringing it up to him @BNCartwright @mrjaxtaylor pic.twitter.com/MifaRGk8q8

Faith recently spoke to Us Weekly about how “it’s not fair” that Bravo hasn’t fired Jax, too. She claims that several Bravolebrities have sent her direct messages (DMs) about racist comments Jax has said to them privately.

Faith doesn’t elaborate on the messages. However, 90 Day Fiance star Ashley Martson has screenshots of her own.

According to the TLC star, Jax commented on the size of her husband’s nose. While that normally wouldn’t be racist, Ashley points out that many black people are compared to apes as an insult.

Bravo has yet to respond to Faith, Billie or Ashley’s concerns about Jax. However, many fans think that Vanderpump Rules can’t go on without Stassi and will be cancelled.

Billie started a hashtag #cancel Jax while a fan was more to the point with an #axJax hashtag.

Tell us in the comments or @ us your thoughts on Jax’s future with Bravo.

The final part of the Vanderpump Rules reunion airs next Tuesday, June 16. It may be fans’ last chance to see Stassi, Kristen, et al.