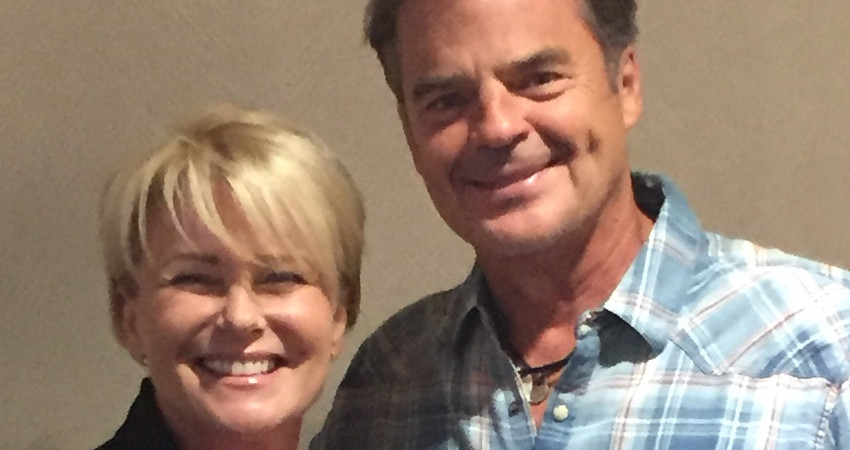 It’s been almost a month since Days of Our Lives actress Judi Evans was injured in a horseback riding accident. While in the hospital recovering, things got worse for the soap icon. She contracted coronavirus and nearly faced a double leg amputation – more than once.

In late May, the DOOL star was hospitalized after getting knocked off her horse while horseback riding. Judi plays Adrienne on the daytime drama, but she has a long soap opera resume.

At the time, her publicist said the actress fell off her horse due to being chased by several men. The horse spooked and bucked Judi off. She suffered multiple injuries, including broken bones and a collapsed lung.

Unfortunately, she ended up facing even more medical problems while in the hospital.

Convinced Nurses to Test Her For COVID-19 After Showing Symptoms

Somehow, the news of Judi’s injury made its way to Good Morning America. The DOOL actress spoke with the show via video from her hospital bed on June 9, 2020.

During the interview, Judi informs the GMA hosts that SHE self-diagnosed with coronavirus before the nurses did. She recounts symptoms that included a fever cough. She notes that she had several medical tests done without masks on, People reports.

After experiencing symptoms of COVID-19, she insisted on getting tested. The test came back positive. Unfortunately, she went through serious complications that almost cost her the ability to walk.

Earlier this week, Judi’s rep, Howie Tiger Simon, took to Instagram to share an update with Judi’s fans. According to Howie, the DOOL actress had a few close calls with blood clots in her leg.

The rep starts his update by noting that Judi has been in the hospital for going on “23 days and counting.”

The coronavirus caused blood clots in both of her legs. The doctors rushed her to surgery, but “forgot to numb the leg.” She was fully conscious at the time.

Howie doesn’t indicate if the surgeries on her legs resulted in amputation. However, he says she “nearly had both legs amputated on two different occasions.

Despite her hardships, Howie assures fans that Judi is in “good spirits.” He says that she is relying on her “Judi ‘humor’ to get through her recovery.

Judi’s rep says she won’t be able to go home until her coronavirus test is negative. He lets fans know that the DOOL star “appreciates all the prayers.” He credits the prayers from fans with helping her mentally and spiritually.

UPDATE ON JUDI EVANS Since I’ve received numerous DMs on my FB page …. I spoke to Judi on Sunday and she is STILL in the hospital – 23 days now and counting. She contracted COVID-19 while there and she had what is known as the COVID blood clots in her legs and she nearly had both legs amputated on two different occasions. She had mild symptoms – fever, aches, a cough and the blood clots. On top of everything, when she went into surgery on one of her legs, they forget to numb the leg and cut into her leg while she was fully conscience with no numbing of the area! However speaking to her on Sunday, she was in good spirits and back to Judi “humor” despite the all these spiraling turn of events. She has said she appreciates all the prayers for her and they’ve helped her mentally, physically and spiritually! She just wants to continue to test negative on COVID19 before she can go home and get the rest she so needs!!!

We at TV Shows Ace wish Judi a quick recovery. DOOL is not affected by the quarantine that’s shuttered most television production. Luckily, the soap films six months in advance and has enough shows in the can until October.

We look forward to seeing Judi back on our screens soon.