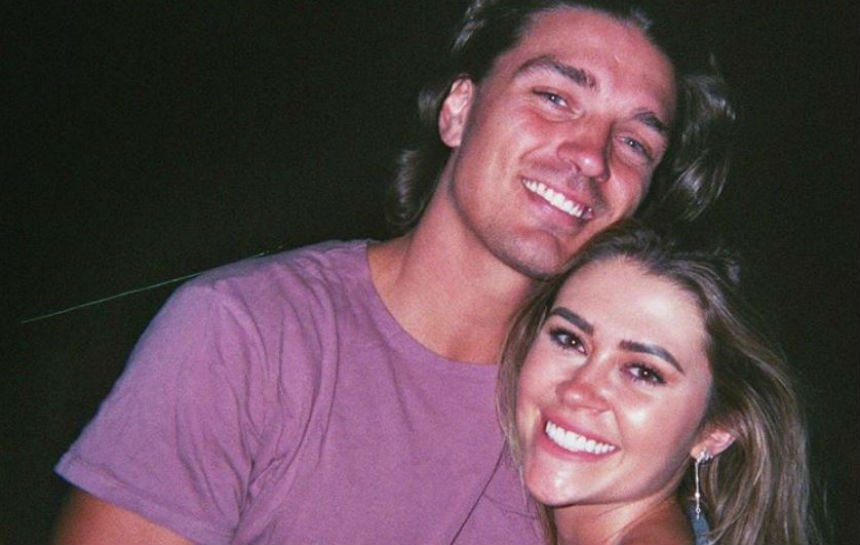 Rumors are once again flying that another Bachelor in Paradise couple has called it quits. Speculation continues to grow that Dean Unglert and Caelynn Miller-Keyes decided to go their separate ways. Fans have been wondering and even more since Dean recently said he’s been living the van life. So, did Dean and Caelynn break-up?

Are Dean and Caelynn still together?

All signs are currently pointing to no. Caelynn and Dean have yet to address the rumors so everything so far is purely speculation. However, Dean said on his new podcast with Jared Haibon that he has been living in his van for the past three weeks. He has been alone and stated that. He also mentioned how hot it was taping the podcast. The fan’s going in the van but it wasn’t helping much.

On the Help! I Suck at Dating podcast, Dean didn’t say why he was in the van. Fans are sure talking though. Several commented on the latest post asking if his comments meant they broke up.  Several replies also responded saying it sounded like it.

To add even more speculation, it appears Dean and Caelynn are not following each other on Instagram. They still have pictures with one another posted, but that’s about it.

Dean and Caelynn met on Bachelor in Paradise. They hit it off, he left, then came back and they left together before the finale. They had been together ever since. In fact, Dean and Caelynn were so serious about each other they reportedly had a commitment ceremony while overseas. Recall that Caelynn flew overseas to be with him when he broke his leg and ended up in the hospital.

While they both seemed to come from different worlds, they just worked. They also recently adopted their foster dog, Pappy. Things seemed to be going great for these three. So what could have went wrong? They were quarantining in Caelynn’s new apartment until a few weeks ago.

Again, Dean never specifically addressed the reason he’s living in the van again. However, at the end of their podcast Jared told Dean it felt normal having him record from the van. Dean responded saying he was glad Jared felt that way. He went on to say it was the best he’d felt in a long time.

Hopefully all this is simply speculation and the two are just on a break. Time will tell and perhaps Dean and Caelynn will address all the rumors very soon. Stay tuned for more details as they emerge.