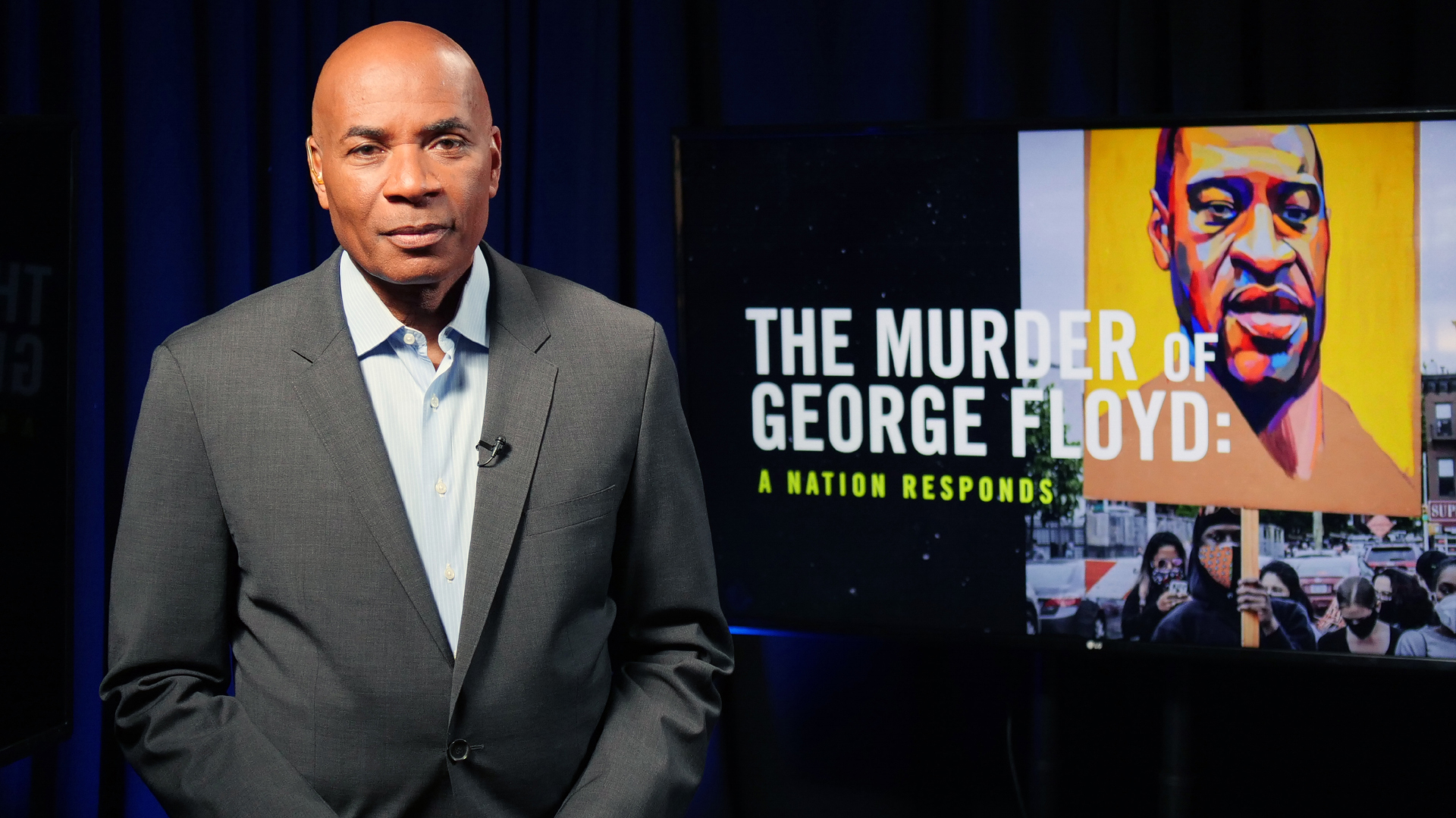 Investigation Discovery has enlisted one of their network talents and longtime journalist, Tony Harris, to host the special news event, The Murder Of George Floyd: A Nation Responds, that will examine the events that lead to the murder of George Floyd, and the subsequent fallout over this act of police brutality caught on camera.

This news-centric event is hosted by Harris, who will moderate the one-hour special featuring a panel of law enforcement, press, activists and crusaders who will discuss in detail the events surrounding the murder of George Floyd.

Leading into the special, ID will air Black and Blue, hosted by Harris and featuring a new introduction to the 2017 special.

The special chronicles Harris as he travels the country interviewing police and community leaders and minorities on how to manage relations and stop the violence.

The murder of George Floyd in Minneapolis on May 25th has resulted in massive protests, anger and frustration at a series of unchecked police incidents where people of color across the country were killed unjustly, and no one answered for their deaths.

Floyd’s death mobilized the country and united all genders, races and ethnicities, even across the globe.

To date, there are still mass protests happening and a groundswell of activism now shows promise that legislators and law makers are listening.

The real-time video of the officer caught in the act of killing Floyd has mobilized a community long ignored and now minority voices across the nation are being heard. As the country comes together to demand accountability, ID has created a platform for dialogue lead by Harris and has amassed prominent voices from all areas of this movement to discuss these recent events and how to effect some long-lasting change.

The panelists with Tony Harris

“The arc of the moral universe is bending right before our eyes with this huge, global outcry for change. Now is the time to continue to push the discussion forward,” says veteran journalist and host Tony Harris in a press statement. “This panel includes leaders who are entrenched in this movement, some with varying viewpoints, and I’m proud to share their thoughts with ID’s viewers.”

Esteemed investigative journalist and ID star of Scene of the Crime, host Tony Harris is well known to all ID Addicts who attend the annual convention normally held in New York City. This year’s ID Con was a virtual Zoom event due to COVID-19.

Harris is a long time contributor to ID and is a career investigative journalist. ID chose Tony Harris to lead  the discussion about pervasive racism, police violence, and what it will take to make this the watershed moment that will expand equality everywhere.

“Tony has been a key contributor to the Investigation Discovery team for more than two years now with our very successful series Hate In America,” said Henry Schleiff, Group President of Investigation Discovery, American Heroes Channel, and Destination America. “His uniquely passionate and articulate approach to investigative journalism was eye opening to our viewers around the world and, accordingly, we were eager to expand his role, allowing us to see first-hand, his work at the scene of a crime, as he peels back the layers on what motivates some of our nation’s most horrific acts of violence.”

The Producers of The Murder Of George Floyd

The Murder Of George Floyd: A Nation Responds airs on June 9th at 8/7ct on Investigation Discovery

Following this is OWN’s OWN Spotlight: Where Do We Go from Here hosted by Oprah Winfrey, which will simulcast across every Discovery network in the U.S. at 9/8ct. This will be simulcast on Facebook Watch and YouTube during the network airing. The full special also will be unlocked and ad-free on IDGo.