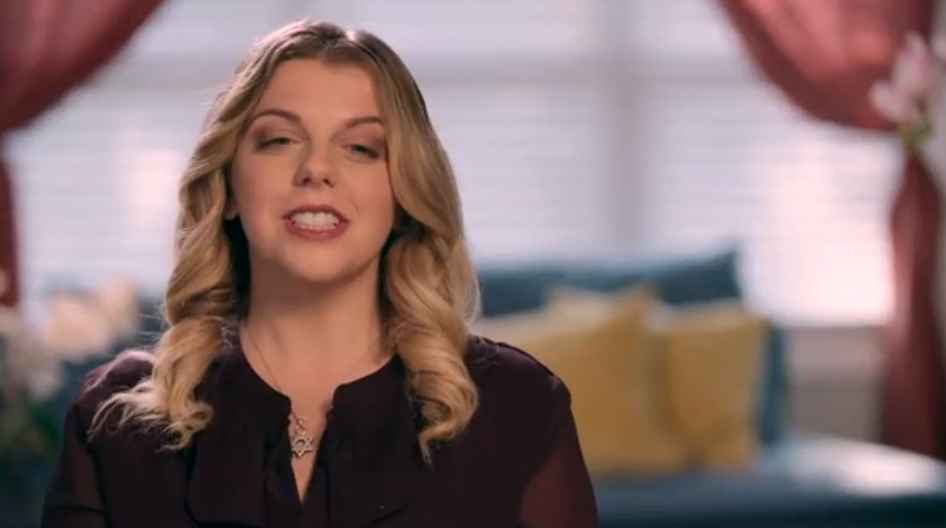 Season 2 of 90 Day Fiancé: The Other Way premieres on Monday, June 8. Among the cast members are Ariela, 28, and Biniyam, 29. The TLC reality stars met while Ariela was touring the world. She was trying to rediscover herself following her divorce. When she was in Addis Ababa, Ethiopia, she wasn’t looking for love. Despite this, she ends up finding it anyway. Now she finds she is pregnant with Biniyam’s child and is planning to relocate to Ethiopia.

90 Day Fiancé: The Other Way stars Ariela and Biniyam

The debut episode of Season 2 of the show only airs on Monday. Despite this, Ariela is already finding she has to defend herself over her relationship with Biniyam. In an interview with Entertainment Tonight, Ariela spoke with Melicia Johnson about her boyfriend. She assures Melicia she wasn’t on the rebound when she fell in love. Ariela insists that her relationship with and feelings for Biniyam are genuine.

When she first travels to Ethiopia, Ariela meets Biniyam and ends up spending several months there, connecting with him. Soon after she returns to the United States, Ariela discovers she is pregnant. She immediately starts making plans to permanently relocate to Ethiopia. She wants to give birth to their child in Biniyam’s home country.

Ariela adjusting to the culture of Ethiopia

A trailer has been released for Season 2 of 90 Day Fiancé: The Other Way. In it, Ariela explains she wasn’t looking for love when she traveled there. She goes on to explain that when she gets home, she finds out she’s pregnant and wants to have the baby in Ethiopia.

In the show, Ariela will be seen trying to adjust to the culture of Ethiopia. While she loves Biniyam, she tells the cameras she is moving there to be with someone she “barely knows.” While the relationship is on fast forward, due to her pregnancy, Ariela insists her feelings for Biniyam are totally authentic.

Love at first sight? Ariela explains that you can meet someone and barely know him. However, at the same time feel a connection. You feel like you know the person, even though it has only been a couple of months. She says she decided she wants to at least try experiencing life together in Ethiopia. Ariela adds she really wants to start her own family.

90 Day Fiancé: The Other Way stars have a true connection

In the interview, the TLC reality star goes on to say she thinks anyone who watches them will know. They will be able to see that everything about their connection and how they met is “definitely real.” She realizes people get frustrated when they think things aren’t genuine. She wants to assure viewers that everything that was filmed is genuine.

Ariela's beau Biniyam is a dancer, choreographer, martial artist, and *🥁drumroll please🥁* soon-to-be father. Get to know them on #90DayFiance: The Other Way, premiering June 8 at 9/8c.

Ariela has a lot to say about the father of her child. She says Biniyam is an amazing and talented man. Ariela is attracted to him for his personality and his kindness. The reality star did admit she was at first put off by Biniyam’s desire to immediately settle down, after spending little time together. Throughout, Ariela says her Ethiopian boyfriend has been upfront with his intentions to marry her. He genuinely wants them to spend their lives together. However, at first, she wasn’t completely in agreement.

Things have since changed. Now 90 Day Fiancé: The Other Way viewers will have the chance to watch as Ariela and Biniyam’s love story unfolds. The pregnant mum says her journey is extremely emotional and she believes it will resonate with many viewers.

Hilary Duff Stars In ‘How I Met Your Father’: When Do First Episodes Drop?
Staffers Called To Wendy Williams’ Home, Found Her Naked & Being Vulgar?
Is Chloe & Savannah Chrisley’s Relationship Really What We See?
Jeremiah Duggar & Hannah Wissmann’s Wedding Date Revealed?
The ‘Survivor’ Season Themes We May See Used In The Future