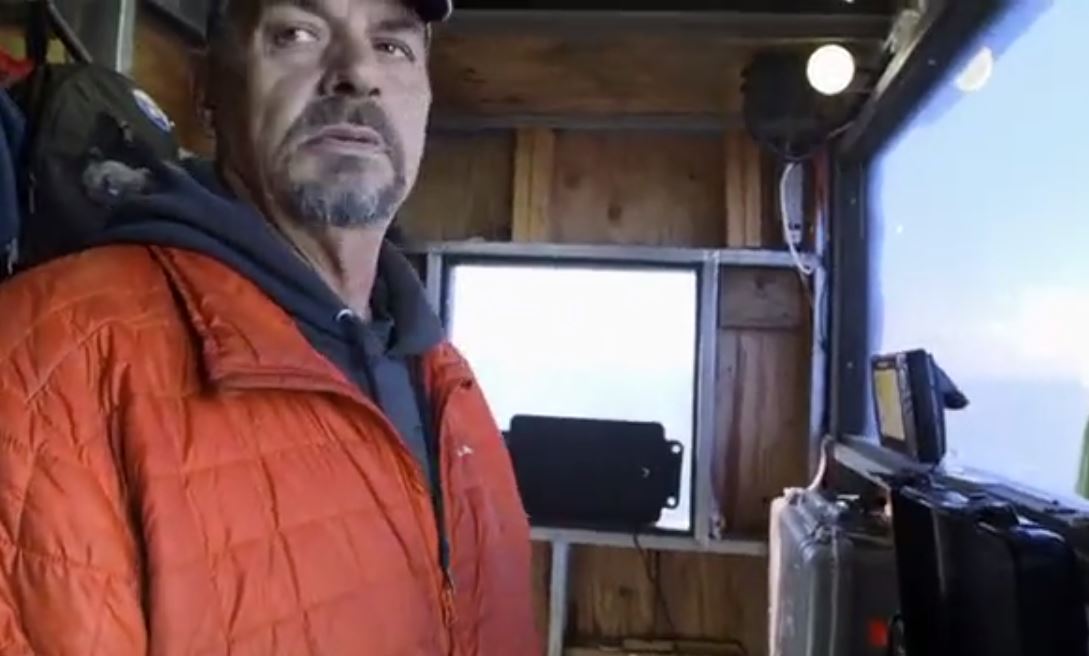 Tonight’s episode of Bering Sea Gold shows how easily tensions can spiral out of control.

Especially when dredges are firing bottle rockets and using fire hoses filled with piercing sea water aimed at each other.

Kris Kelly raids another claim, but a rival dredge fights back hard.

The second half of summer mining is ramping up and Reaper Mining Kris Kelly has a devious plan. Riding coattails is his big idea, and it won’t go over well.

What happens in the war with the Kellys?

Bering Sea Gold cast member Brad Kelly is his gleeful partner in crime and lookout while Kris is underwater. Brother Andy Kelly is not sure about all of this and says:”It’s really shi**y.”

These guys know exactly what they are doing They did it to Emily Riedel in weeks previous.

The AU Grabber excavation barge is their target. The barge with the equipment can dig deeper and get more gold. The excavator does all the hard work and these guys muscle in and scoop up the residual loose sand and gravel.

The Kelly crew are less than halfway to their goals of refurbishing their rig, and they are doing this ethically challenged mining move to get fatten their wallets.

It appears that Andy is the sole Kelly cursed with a conscience who feels badly they have resorted to this method.

Below is the TV Shows Ace exclusive sneak peek. The Kellys got the word in town that there was a great spot to mine for gold, although they weren’t invited to join in on the gold hunting.

On tonight’s Bering Sea Gold, Shawn Pomrenke’s rocky pay-streak takes him for a wild ride in harder ground as he “pushes for the good gold” and digs deeper for a better shot at the gold. Big boulders might just wreck his whole system.

An exasperated Vernon completely loses patience with his crew’s performance and someone may get fired on the spot. Brian’s mishandling of the stern anchor leads to a mishap you have to see caught on film.  This leads to a ‘come to Vern’ (aka Jesus) moment where Vern levels the boom.

And Arctic Sea Mining whiz Ken Kerr, the leaderboard champ, tests a new operator, Dave, to see if he can handle the barge and to keep Ken’s lucrative gold mining operation running around the clock. What Dave learns is the finesse on handling the bucket is easier than it looks!

Tune in and see the drama unfold with the Kellys and how greenhorn Dave breaks in for handling Ken’s nonstop work schedule.