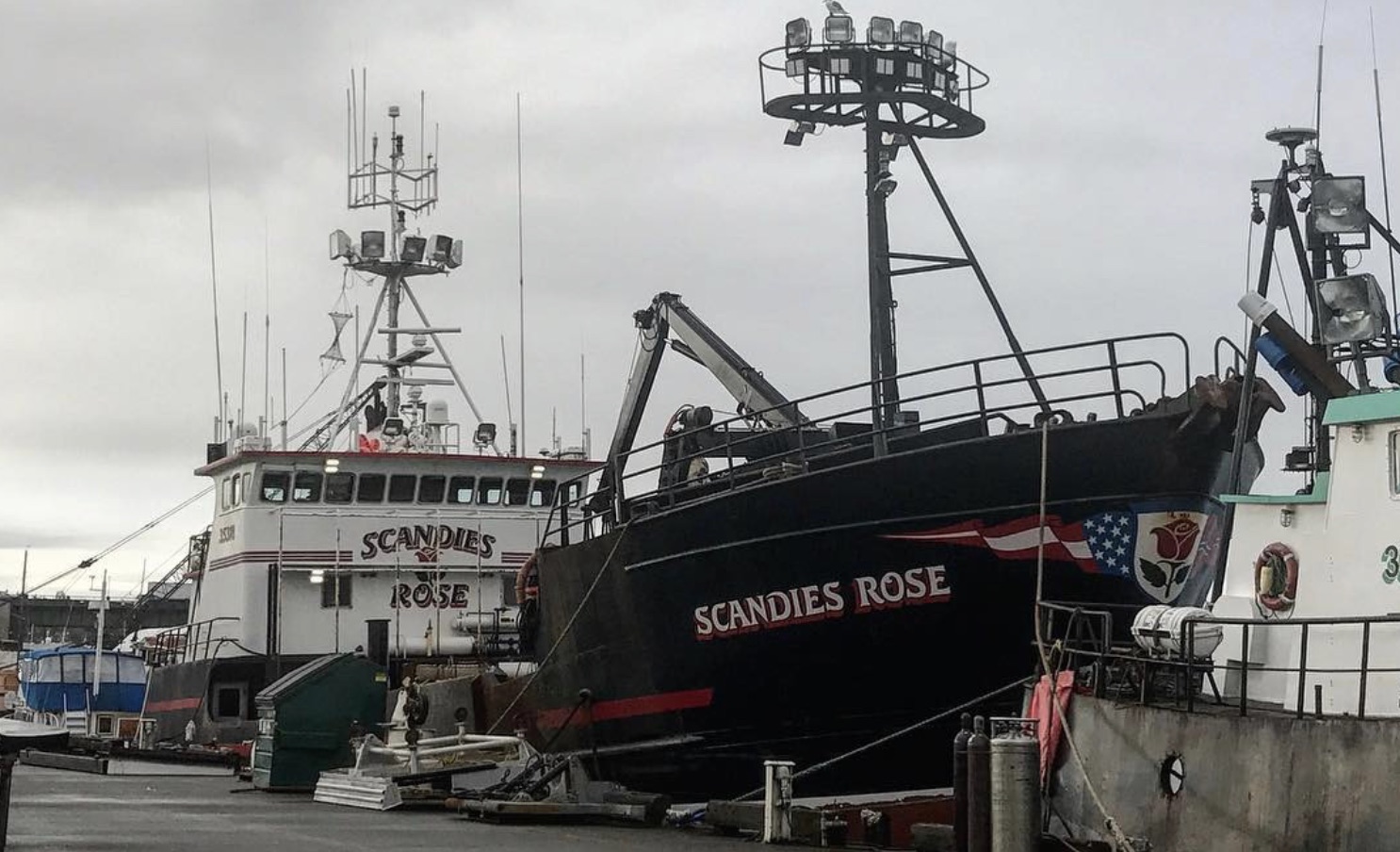 On Tuesday, Deadliest Catch featured the tragedy of the F/V Scandies Rose. Since the New Year’s Eve mayday call, people have wondered what caused such a catastrophic event. Does the U.S. Coast Guard know why the storied crab fishing boat sank?

On Tuesday night, Deadliest Catch fans watched as the drama of the F/V Scandies Rose sinking unfolded. The mayday call and news of the catastrophe spread around the Bering Sea, and every captain and boat were affected.

The survivors were found by helicopter, near Sutwick Island, located off the Alaska Peninsula. Both men were in survival suits and hanging on to life rafts. They had pretty much given up hope, but they survived against all odds.

Not long after the tragedy, the tugboat F/V Endurance went out into the Bering Sea in search of clues to this tragedy. Part of this mission is to conduct some sonar reports in Sutwick. They use a remote-operated vehicle to gather this vital information. They need this for insurance purposes. In addition, they need to find out why this tragedy happened, in order to prevent another tragedy like this on the Bering Sea.

The F/V Endurance also went on this voyage to remember those lost in the tragedy. They left lime-green buoys, with names of each of the lost crew members in the area that they believe the boat sank.

Why Did The F/V Scandies Rose Sink?

Why did the F/V Scandies Rose sink? No one knows why yet. This is an ongoing investigation that will take many, many months before they can make a report.

Besides physical evidence from the sonar images, the investigators will need to speak to some key people. The investigators will have to try to gather clues from the two surviving crew members and others who spoke to the crew prior to the boat sinking. National Fisherman reported that just two hours prior to the mayday call, Captain Gary Cobban had called his ex-girlfriend, Jeri Lynn Smith, to wish her a Happy New Year.

Smith, who was tucked safely in North Carolina, far from the Bering Sea reported that Cobban told her that the boat had been icing. But she insists that the captain was not concerned. She didn’t worry about it because “the boat ices every winter. It’s just something they deal with.”

Two hours later, the F/V Scandies Rose sank. What happened between that phone call and the sinking? This is where the U.S. Coast Guard will likely question the two survivors. Deadliest Catch fans know about ice. This happens every season on every boat. What was the difference this time?

But, the final report will take many months until it is released. Meanwhile, Deadliest Catch fans will remember the lost crew of the tragic F/V Scandies Rose.

Update from the Coast Guard:

The Coast Guard is actively conducting a marine accident investigation into the circumstances surrounding the sinking of the SCANDIES ROSE on December 31, 2019. There will be a public hearing in September 2020 that will focus on the sinking of the SCANDIES ROSE which led to the deaths of five fishermen off the coast of Alaska. Additional information with specific dates and location of the public hearing will be provided in the near future.

If anyone has any information on the SCANDIES ROSE please reach out to the Coast Guard investigation team. Examples of additional information include but are not limited to communication such as texts, voicemails, emails, or pictures from crewmembers prior to the accident, knowledge of vessel modifications made over the years, and knowledge of crewmember work experience. The Coast Guard has established an e-mail address for the public and interested parties to provide information, ask questions and make comments related to the ongoing investigation and scheduled hearing. This e-mail will be checked regularly and all correspondence will be acknowledged. This email address is scandiesrosembi@uscg.mil.

Amy King Criticizes Megan Fox’s Engagement Ring: ‘Not Real Love’
Todd Chrisley: The Hot, Good Man Julie & Her Parents Prayed For
Why It May Be A While Until Hallmark’s Makes New ‘Mystery 101’ Movie
Chris Daughtry Confirms Daughter’s Cause Of Death
Jackson Roloff Follows In Mama’s Footsteps With Serious Skills