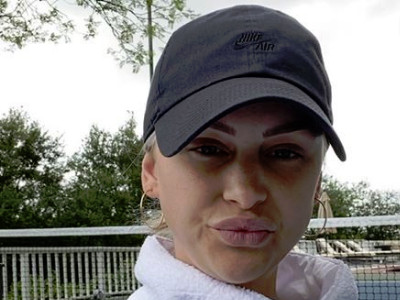 Over the weekend, the fantasy world of reality TV and reality collide when Bravolebrities took to social media to speak out against the death of George Floyd.

As you’ve likely heard or read about, Mr. Floyd was allegedly killed by a police officer who placed his knee on the victim’s neck for over eight minutes. The footage incited protests around the country, some attended by Vanderpump Rules stars and other celebrities.

Many other reality TV stars, movie stars and other celebs posted their outrage on social media. And, of course, fans responded in agreement… or not.

On Saturday, May 20, Lala Kent posted a video of an experiment meant to show how privilege works. In the video, an instructor tells students standing in a line to take so many steps forward if the statement he says is true about their lives.

Statements include growing up in a two-parent household, struggling to eat and other scenarios. The purpose of the video is to explain white privilege. In Lala’s original caption, she writes that she is “embarrassed to be white.”

Her original caption was met with swift backlash. So much that she’s since changed it to simply crediting where she got the video from, followed by a prayer emoji.

Some fans pointed out that the video “perpetrates stereotypes.” Another fan wrote that the statements in the video were economical, not racial. While some followers thanked Lala for using her platform, most fans disagreed with her post.

VPR Star Claps Back at Trolls: ‘Wake The F**K Up’

A few hours later, Lala tried again with a new post. Her second post features a man holding an American flag while a building burns behind him. Lala wrote a long, explicit caption to go along with the photo.

She notes that she’s received many dms telling her to ‘shut up” and that “it’s not about race.” However, Lala hotly contests that it IS about race. She also doubles down on the earlier statement about being “embarrassed” to be white.

Lala admonishes her followers that we need to “do better.” She writes that “until then, THIS IS NOT MY AMERICA.”

The VPR star ends the posts by informing her followers that she will be joining protests in L.A.

I keep going over this post. I want to be delicate- I’ve been reading comments and DMs telling me to “shut up”, “not all cops are bad”, “it’s not about race, it’s about being a human with a heart”. Not surprising, all of these comments have been made by white people who look like me. & no, I will not “shut up”. Don’t tell me “not all cops are bad”. It’s not about good or bad, it’s about when anyone with a badge pulls up on a person of color, that person is in fear for their life. Don’t tell me, “it’s not about race”. Show me a plethora of white people who are affected by cops, daily; who are injured & dying at the hands of police brutality… It is all about race. Wake the fuck up. Again, every comment like this has been made by a white person. So yes, I’m embarrassed. We need to do better. We need to wake our privileged asses up. We need to listen. What can we do, as the people we are, to stop this? Until then, THIS IS NOT MY AMERICA. I’ll see y’all at the protests, L.A. #BLACKLIVESMATTER

Her Instagram Stories indicate that she did, indeed, attend the Black Lives Matter protests. Emmett Randall, however, may have wished he didn’t.

Lala’s fiancé and VPR co-star, Randall Emmett, earned the ire of fans on Sunday, May 31, by posting a selfie from the protests with the comment that All Lives Matter. As mentioned above, the protests were organized and in support of the Black Lives Matter movement.

Fans quickly flooded the comment section to inform Randall of his gaffe. As a result, he quickly changed the caption to say “Black Lives Matter” instead of “All Lives Matter.”

Apparently he did…
(Thanks, JT for the pic📷) pic.twitter.com/ntNfRtyVAG

Vanderpump Rules star James Kennedy has been quite vocal throughout the weekend with his thoughts on the matter. James feels that as a DJ, he owes his support to the BLM movement because much of his music derives from black artists.

To further show his support, James joined the protests in L.A. on Saturday. He posted a few videos on his Instagram Stories. TV Shows Ace managed to grab a few screenshots before the videos expired.

We at TV Shows Ace respect that it is a difficult time right now. We continue to post TV news in the hopes of giving people an escape, much as television is an escape.

In that vein, Vanderpump Rules Season 8 reunion starts on Tuesday, June 2 on Bravo.