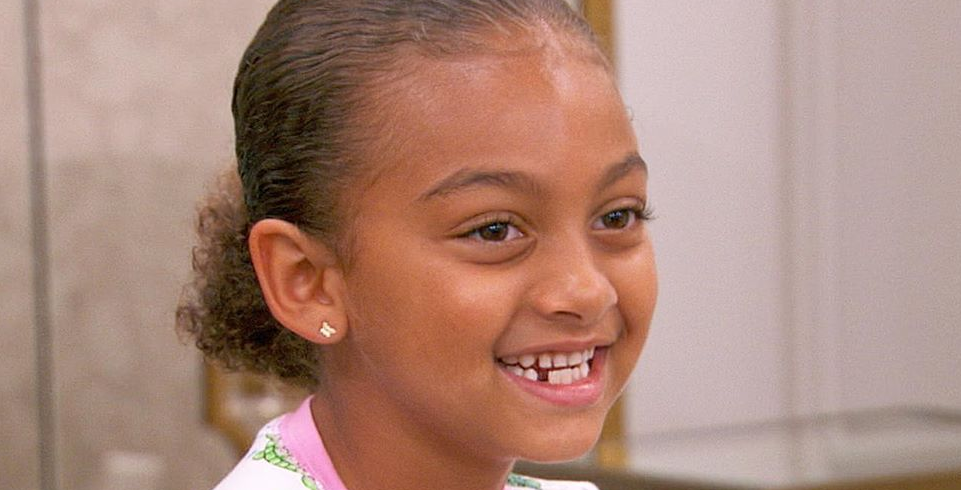 Savannah Chrisley and her entire family quickly came under fire on Instagram today for not discussing the black lives matter movement more. As we reported earlier today, both Savannah and her father shared beautiful photos of Chloe. Photos that sent shock waves through the Chrisley Knows Best fans. Could this beautiful young growing girl really be Chloe Chrisley?

Unfortunately, things quickly went south for the Chrisley family in the comments.

Now, there is no denying there was a wealth of fans who appreciated the photo. We’ve previously reported on their compliments. But, the compliments and positivity got buried. Buried as the post became flooded with negativity.

What was it that had Chrisley Knows Best fans in a frenzy? Well, they took issue with Savannah and the Chrisley family not “properly using their platform” to defend the “black lives matter” movement.

As you can see in the photo above containing a screenshot of several comments from her Instagram post… Many wanted her to think about her “sister” Chloe. They encouraged her to “use her platform” to defend the rights of her “sister.”

“Please always keep her protected. PLEASE! This evil world has a target on us the moment we’re born and it hasn’t stopped!” One individual penned in a comment that soared to the top of Savannah’s comments with over a dozen likes and just shy of a dozen responses.

Many insisted Savannah needed to use her massive social media following. Use it to change things for the safety of her little sister. Her sister and all black individuals.

The first response to the comment quoted above noted the real issue is people’s mindset. The individual suggested if people change their mindsets, things will improve. Others did not agree.

A second individual responded to this by shutting it down. This individual insisted that suggestion was “white privilege talking.”

unfortunately that’s your privilege talking. People of color cannot and do not become protected just by changing their mindset. As Caucasian people we have to do better, we can’t be making remarks like this that downplay the injustices and inequality people of color experience just because of the color of their skin.”

A third individual echoed the response: “this is VERY tone deaf. Especially seeing as how a black man was JUST murdered because he was jogging. Black people were murdered in a church. A 12 year old black boy was murdered for playing. 2 black woman were INSIDE their homes when police entered and murdered them for NO reason. What are you talking about ‘live right, love people and Jesus’?! WE CAN’T MA’AM!”

The chatter seemed to escalate with each response.

Some fans did not like the ‘black lives matter’ chatter.

The Chrisley family have a lot of supportive fans. Quickly, they jumped in to defend Savannah. Many admitted they hated seeing such a sweet family photo ruined by so much negativity.

Todd Chrisley, Savannah’s father, did get involved in the chatter. “Bless your heart” he noted tagging someone who was being extra negative in the comments. Several other individuals also tagged the same individual. No one seemed particularly happy with what this follower had to say. The tags did not stop the individual. Did not stop them from continuing to blow up Savannah’s comments. This individual even argued Chloe is “100 percent black.” As Chrisley Knows Fans would agree… That is not true.

This little girl…WOW…she has taught me more than she will ever know! I will forever fight for my Coco…So blessed that God chose me to be her “sister” ❤️

As we previously reported, fans also question if the Chrisley family exposes Chloe to any black culture or her “black family.” Todd and Savannah did not appear to give this type of chatter the time of day.

So, do you think the chatter about black lives matter in Savannah’s post was uncalled for? Do you think Savannah should use her platform more? Tell us about it in the comments!