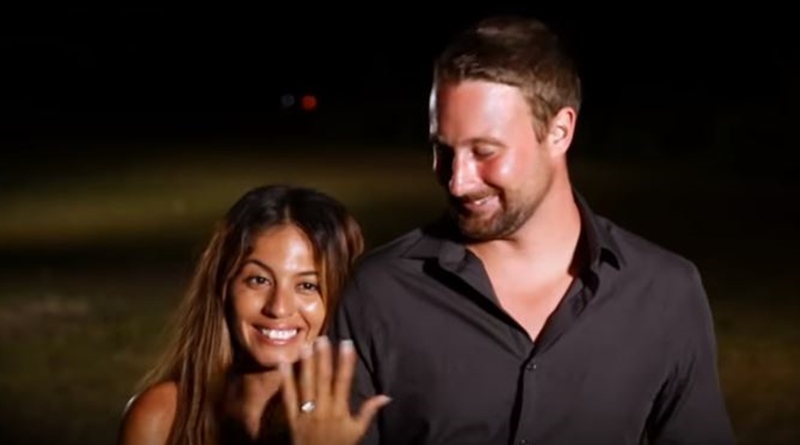 90 Day Fiance stars Evelin and Corey forever confuse their fans about their relationship. For ages, word came out they split. But, then they filmed for What Now? which currently airs on TLC.  At one stage, Evelin told fans they only stay together for the filming. Recently, Evelin removed photos of them after he gave her an ultimatum to marry him. Evelin deleted all his photos. So, fans assume the engagement’s off again. But, Corey just contradicted that.

90 Day Fiance – Evelin said that the ultimatum killed their engagement

On May 19, Evelin took to her Instagram and TV Shows Ace reported that she said that “the ultimatum killed their engagement.” When she deleted the photos, she said that marrying Corey after an ultimatum won’t work for her. In her caption, she noted that she plans a “fresh start.” Naturally, that suggests she broke off the engagement and won’t marry Corey. Actually, in the past, judging by Evelin’s posts… This sort of on-again-off-again thing happens quite often.

Fans become increasingly irritated. And, many of them believe the 90 Day Fiance stars actually married a long time ago. In fact, it doesn’t help that between Corey Rathgeber and Evelin Villegas, they often post conflicting things on Instagram. Once again, Corey confused people. Blogger John Yates shared some screenshots of posts that Corey made on his Instagram Stories. While talking about haters posting on Evelin’s page, he called her his “fiance” again.

Corey’s Instagram stories came after Evelin declared her “fresh start.” Clearly, these two need to communicate more, fans think. As one follower said on John’s page, “Wait what? Thought they had split?” Another confused person noted, “Didn’t she just talk a bunch a sh*t about him? (sic).” Another fan replied saying, “yes and she said they were STUCK together because of the quarantine.”

So, it seems odd that Corey said on his Stories, “Anyone who disrespects my beautiful fiance and says nasty comment about her on my page will be blocked!”

Plus, news emerged that everything’s possibly not as permanently over as Evelin made out. InTouch Weekly noted that in another Instagram Story Q&A session, Corey talked about them still considering marriage. The outlet noted that he replied to a 90 Day Fiance fan who asked about it.

They reported that he said, “Just hoping everything gets better. Not married yet, but soon [smiley face emoji] [crossed fingers emoji].'”

Hi again! I deleted all my pictures cause I needed a fresh start… so many pictures and videos that meant so much to me but some people still come and destroy them with their nasty comments so I decided to delete it all and start again . I really appreciate all the love and support from all of u nice people but for the trolls I say please if you dont like me stay away from my page . Much love to all of you , dont forget it's mental health month , No more trolls! Love you all , I'll love for you guys to visit my little piece of paradise after we win the war against coronavirus . #90dayfiance #mentalhealth #engabao #ecuador

On John’s page, disgruntled fans grow weary of all the split drama. One critic wrote, “Tired of them already!!! And all the nonsense posts just trying to stay ‘relevant’ to keep making money.” Another 90 Day Fiance fan wrote, “Another Nichole and Azan, together, broken up, engaged, broken up. Wash, rinse repeat. Yawn.”

What do you think about Corey and Evelin contradicting each other about their relationship? Do you also grow weary and irritated with all of this? Sound off in the comments below.