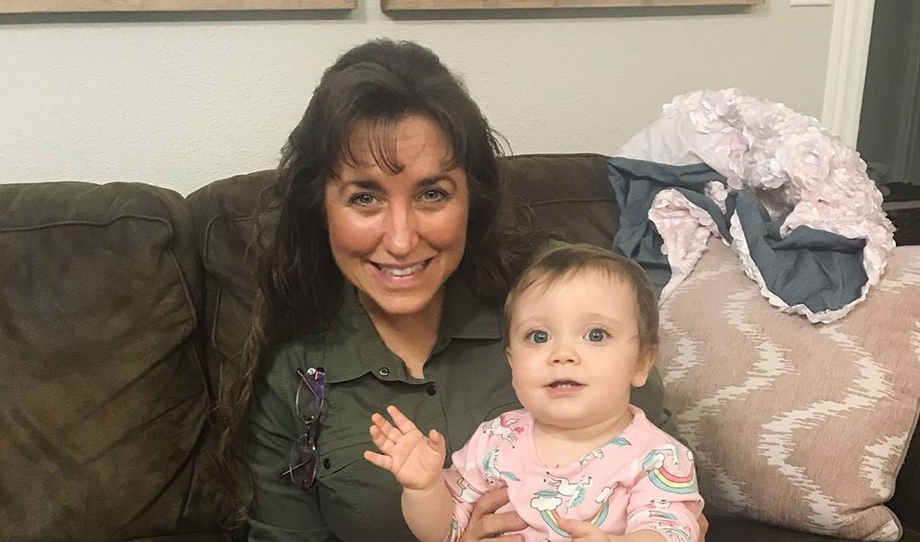 In a new social media post, Jessa reveals that Ivy is starting to walk. In another post, Jessa shares that Ivy refuses to say, “Mama,” despite being able to say a number of other words. Thanks to social media, Duggar fans have gotten to watch Ivy grow up and reach milestones. And now, fans get to see Ivy turn one.

On social media on Tuesday, both Ben and Jessa share new posts about Ivy. In the pictures, Ivy is wearing a tutu and a shirt that reads, “one,” in sparkly letters. The Duggar daughter writes, “Darling child, how are you ONE already?” Ben shares a similar photo, writing that Ivy brings, “so much joy to our lives.”

Darling child, how are you ONE already?

Jessa and Ben aren’t the only family members to wish Ivy a happy birthday. On Instagram, Jim Bob and Michelle shared a new photo of Ivy and a sweet birthday message. They write, “It is so fun to watch you learn to walk, talk, and enjoy new experiences… like food! ☺️ We sure are missing your birthday buddy, Great Grandma Mary. We pray that you will grow up to continue her godly legacy!”

Happy first birthday, Ivy Jane!! 💞 It is so fun to watch you learn to walk, talk, and enjoy new experiences… like food! ☺️ We sure are missing your birthday buddy, Great Grandma Mary. We pray that you will grow up to continue her godly legacy! Love you sweet, Ivy! 💕

Ivy’s birth special on Counting On

After Ivy’s birth, TLC aired a birth special. The special featured her arrival. It aired on TLC and was available to stream on TLC.com and on the TLC Go app. The episode is still available to stream. The episode is called, “A Baby Girl for Jessa.” As stated in the description of the episode, it features the intense birth of Ivy. It reads, “When Jessa goes into labor while her family is out of town, she and Ben have to make major changes to their birth plan and things get tense when paramedics are called.”

Ever since Ivy was born, fans have been gushing over the little one. They think she’s adorable and that she looks a lot like her older brother Spurgeon and mom Jessa. Some fans also think she looks like Jinger Vuolo, who is Jessa’s sister, and Felicity Vuolo, Jessa’s niece. No matter who Ivy looks like, fans agree that she’s adorable. They are always commenting on Jessa’s posts and talking about how sweet Ivy is.

This little doll is 11 months old, and is saying new words every week! 😍 We put together a little video of her talking, and it’s pretty cute. She says so many things, but every time I say “Ivy, say ‘Mama!’” — it’s complete silence. 😂 Makes me laugh every time I watch it. Link is in my bio! YouTube.com/JessaSeewald

So, can you believe that Ivy is already one year old? Did you watch the birth special last year? Share your thoughts in the comments below.