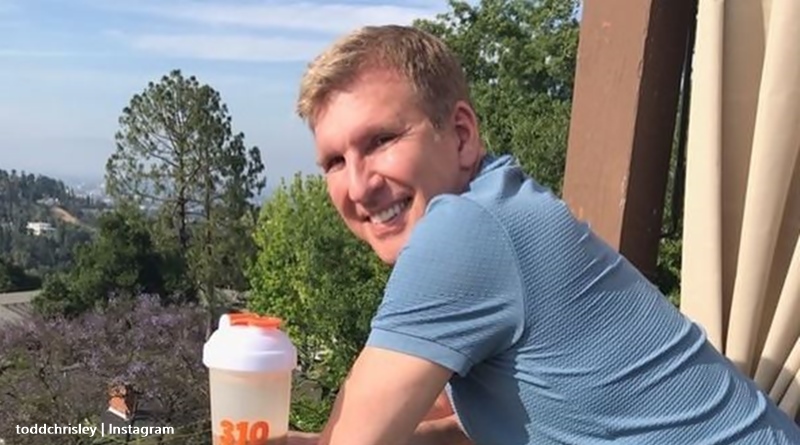 Todd Chrisley fans heard that he got really ill from the coronavirus. After hospitalization, he seemed weak and pale but seemed to be recovering fairly well. Later, he updated about donating plasma. Obviously feeling a bit better a few weeks later, he took up the cudgels again. Now, he must be totally mended as he started pranking again. And, this time, Chase was his victim.

TV Shows Ace reported that Todd sounded very happy after his stay in hospital. He got cleared to donate plasma after his coronavirus. Todd liked the idea of helping others as he felt so ill. Keeping his fans informed of his progress, he started looking a bit better over time. But, we noted that he seemed much stronger when he went on Chrisleys Confessions. After talking about his health, Todd got stuck into the Georgia Department of Revenue again.

Todd Chrisley accumulated many thousands of fans. Firstly, for his Chrisley Knows Best show. Secondly, fans love him for his modern and upbeat take on the lessons of the bible. And then, they love him because he loves pranking people. He pranks people so often and never tires of it. However for a long time, he shared only more serious things. The fact that he pranked Chase seems a sure sign everything returns to normal.

Chase pranked in the shower

Taking to Instagram on Thursday, May 21, Todd shared a short video. In it, he sneaked up on the shower. Then, he flung the shower curtain back. Chase screamed. And, fans got a view of his buns. Todd captioned it with, “And only because @chasechrisley never leaves anyone else alone when they are showering .” Fans loved the prank and plenty of them commented about the tan line.

One Todd Chrisley fan wrote, “Lmao bae u need to tan those cheeks. i know one of the houses y’all own has enough privacy for that 🤣”

Then, another one noted, “Awww look at his little white hiney 🤣🤣♥️♥️.”

Totally amused, another one wrote, “Tell him he doesn’t need any more sun for the year 😂😂😂. It’s only the beginning.”

And only because @chasechrisley never leaves anyone else alone when they are are showering ..

No doubt, Chase gets his own back on Todd Chrisley

Chase, like his dad, also knows pranking. So, no doubt revenge plots already get a lot of thought. In a few days, fans should expect Chase to post up how he pranked his dad, Todd Chrisley.

Remember to check back with TV Shows Ace often for more news about Todd Chrisley and Chase.