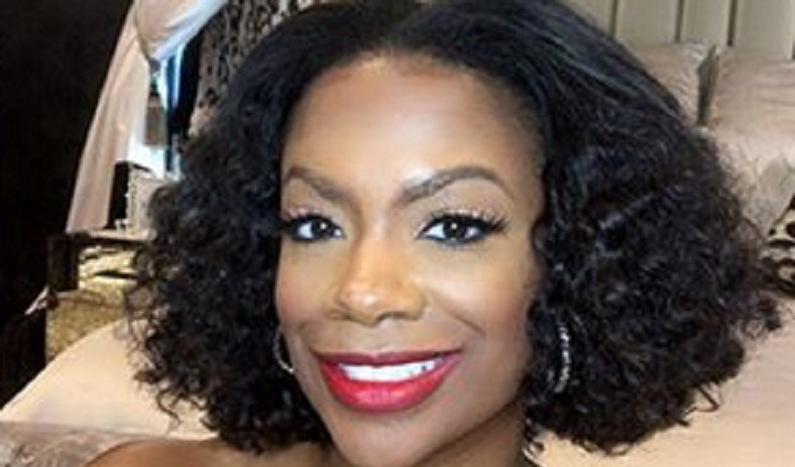 The Masked Singer Season 3 winner Kandi Burruss feels like a new woman. She feels that competing on the Fox series revitalized her singing career. It was a smart career move. But she also feels that being on The Real Housewives of Atlanta has dumbed down her accomplishments.

Most reality stars are hardly taken seriously. Before Kandi Burruss won Season 3 of The Masked Singer, she was on The Real Housewives of Atlanta. But before that, she was known as a prolific singer and songwriter. She first made her start in the ’90s girl group XScape. While she has a great discography, Burruss’s solo music career never really took off. Until now.

Even though I miss being out & about, I’m kinda enjoying being able to do all my interviews from home! Did my own hair & makeup! @kandikoatedcosmetics @concealvirginhair

Since winning The Masked Singer Season 3, Kandi Burruss has found herself again. She released her new single, “Used to Love Me” featuring Todrick Hall. She also has other writing projects in the works. Burruss wrote hit songs for Destiny’s Child, Pink, and TLC. Nowadays, she’s writing for major artists like Ariana Grande and Ed Sheeran.

The sky is the limit for Burruss a.k.a. Night Angel. In an exclusive interview with Yahoo! Entertainment, Burruss talked about her music career and her newfound confidence. It’s hard to believe, but she used to feel insecure about her musical talent. The harsh criticism got in her head and led her to stop making music.

In another interview on The Ellen DeGeneres Show, The Masked Singer winner said she got her confidence back, despite her legendary status in the music industry.

“I think for a long time I haven’t put out any music as a solo artist, and then doing this show it just kind of revitalized me and made me want to do music again,” the RHOA star said, as quoted by MSN Entertainment. “Like, I actually dropped a new single right now and I’m super excited about it.”

Burruss expanded on those statements in an interview with Entertainment Weekly.

RHOA star feels that the Bravo show dumbed down her accomplishments

In her interview with Yahoo! Entertainment, Burruss feels that being on reality television doesn’t allow the viewers to take her seriously. While she enjoys being on the show, she feels that it has “dumb down” her career. The concept of The Masked Singer seems bizarre at first, but it made people take notice of her talent.

“Honestly, I’m going to keep it one hundred percent with you: I feel like being on the Housewives definitely sometimes dumb down my accomplishments that I’ve had in other areas,” Burruss admitted. “And don’t get me wrong, I love being a part of that show.”

Burruss doesn’t like becoming known for causing drama. She also admits that reading some of the negative comments from the viewers has gotten to her. Even though she’s had a lot of accomplishments, she feels that people think of her as a one-hit wonder.

The costume didn’t have a special meaning for Burruss. It was actually chosen by the costumers. But after a few weeks, Burruss realized that she had a personal connection to it.

I loved my #NightAngel costume! The designers for #TheMaskedSinger are so creative! If you were gonna be on @maskedsingerfox what type of costume would you pick? What character would you be?

She felt that the costume represented her brother. And it helped her get her groove back. When Burruss first saw the costume, she knew she had to had it.

The Masked Singer Season 4 will return to Fox in fall of 2020.