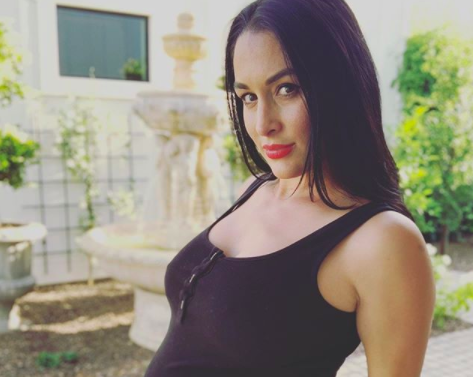 The Total Bella sisters appeared on the show Better Together this week. While on the show Nikki Bella opened up about why she left her previous boyfriend John Cena.

The break-up was definitely not an easy one. According to People, Nikki ended her relationship with John because their views on having a family, specifically children, were just not compatible enough.

While on the show, Nikki Bella praised her previous relationship. She said, “Overall, we did have such an incredible relationship, it was just two people that wanted two different lives.” In the end the differences in life goals were just too much. It was clear they didn’t want the same thing.

Nikki and John dated for almost six years. Unfortunately for the pair, John did not want kids, but Nikki knew she wanted to become a mom.

According to People, John Cena eventually agreed to get his vasectomy reversed. He made this decision in order to start a family for Nikki Bella. All because of her desires for motherhood. In spite of this, Nikki made the difficult decision to end their relationship in July 2018.

Nikki went on to reveal that she did not want John to one day regret deciding to have kids because of her.

She said, “Even in the end when he was willing to give me kids, I could just tell, it’s not what we wanted. And that’s really, like, you know, what pushed me in the end, was like, if I’m going to force someone to be a father…what if he looks at you down the road and just regrets everything, and then you have this child and you’ve built this life.”

Now, Nikki is happily engaged to Artem Chigvintsev. He was actually her dance partner from her season of Dancing with the Stars. Not only are the two love birds planning to wed, but they are expecting their first child. Nikki got her to wish to become a mom after all!

What do you think of Nikki Bella’s noble choice to end things with John Cena? Let us know what you think in the comments below. Be sure to watch new episodes of Total Bellas Thursdays 9/8c only on E! They will keep talking more about their book.