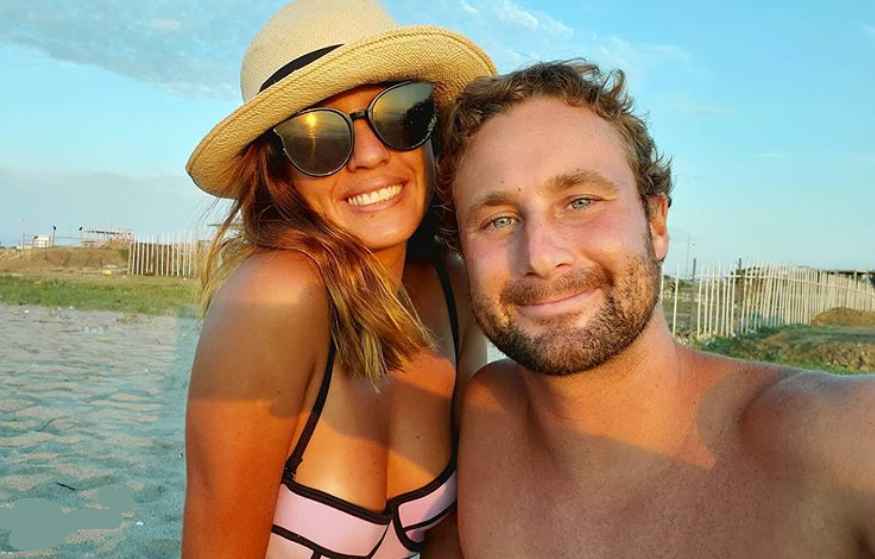 Has love gone wrong for Corey and Evelin of 90 Day Fiancé: What Now? It seems Evelin Villegas deletes all her images on Instagram, including those featuring Corey Rathgeber. This comes after Corey gave her an ultimatum relating to marriage, which she didn’t accept.

Corey and Evelin of 90 Day Fiancé

Sharing an image of herself in a teenie-weenie bikini, Evelin explains her thinking. She says she deleted all her images as she needs a “fresh start.” The TLC reality star says many of the photos and videos meant so much to her.

Despite this, people come and destroy them by posting nasty comments. Evelin, 28, says she appreciates the love and support of nice fans. However, she has a message for the trolls. She says, if they don’t like her… They must stay away from her page.

As noted by In Touch, The reason for the trolls’ reactions was the fact Corey, 33, had given Evelin an ultimatum. Fans saw Rathgeber. During Season 4 of 90 Day Fiancé: What Now? Corey tells the Ecuadorian beauty that his tourist visa expires in six months. As Rathgeber is a U.S. citizen, he can only stay in Ecuador for a maximum of six months before his visa expires. The only way for him to stay longer is by marrying Evelin, which he obviously wants to do.

At the time, Evelin tells Corey she was feeling pressured to get married. She says she doesn’t want to tell him this. But, he is “kind of in control.” Evelin says she wants to stand up for herself. This is when Corey gives her the ultimatum, saying if she walks out of the wedding, he is walking out of the relationship.

Evelin told Corey she isn’t prepared to marry him because he is making that ultimatum. She says it isn’t going to work for her. Villegas reveals the ultimatum killed their engagement.

So, fans see Villegas in a separate scene. She tells her family there are certain things that need to happen before she is ready to get married. She wants Corey to learn Spanish so that he is more independent in Ecuador. Evelin also wants Corey to become fitter and healthier.

According to Evelin, her hesitation to get married is there has been a lot of miscommunication right from the start. She says if you build a house, it has to have a strong foundation. The same is true of marriage. Villegas adds she doesn’t believe she and Corey ever had a really strong base to grow from. In a confessional, she adds, maybe they must start from the beginning again and build the relationship properly.

Corey and Evelin reunited when he returned to Ecuador. The pair met at the beach to talk about their future together. Corey then reminds Evelin he only has six months on his visa to get married. Evelin tells him this is a good amount of time to discuss things. Corey responds asking if she sees them getting married in the “semi-near future,” to which Evelin replies “Yeah, I do see it.”

In a 90 Day Fiancé confessional, Evelin does say she thinks they both love each other. Crossing her fingers, she says she hopes they will be able to meet in the middle.