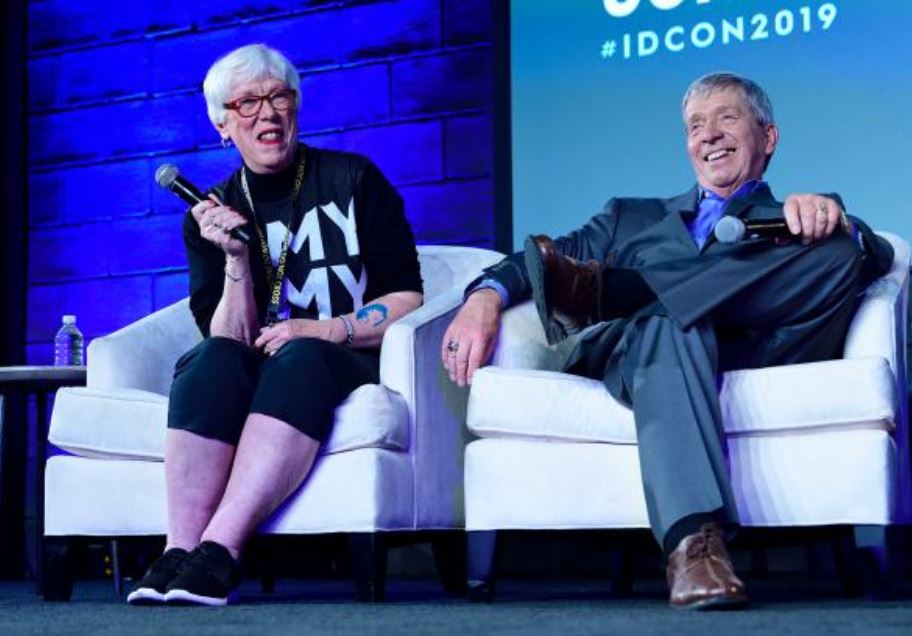 IDCon: Home Together is Thursday, May 21, and TV Shows Ace has all the details for the ID Addicts out there who live for the true crime genre, and love the stars of Investigation Discovery.

The topics are timely as ID stars John Walsh and his son Callahan Walsh will discuss how to keep children safe online during these unprecedented times when more kids are in front of screens.

Also the panel with ID’s legal team will not only discuss the various investigative and legal sides of the Ahmaud Arbery case, but also offers insight and support for people who are staying at home but might not be safe at home as they are stuck with their abusers.

And the panel with the scheduled IDCon: Home Together journalists will discuss the lurid and mysterious case of the late Jeffrey Epstein.

The big magilla as always is the no nonsense network star, Lt. Joe Kenda of Homicide Hunter, back to answer questions from fanson panel.

The IDCon: Home Together schedule

ID’s beloved fan engagement annual event, IDCon, is answering the call for safety amid the pandemic as IDCon: Home Together is the first time ID fans are welcome to crack a cold one or favorite beverage and join ID for a network fan event.

This safe at home premise allows fans behind the scenes of their favorite TV channel – right from the comfort of home.

This year’s COVID-19 challenges have made the gathering one to experience safe at home together, while still offering the chance to interact with ID’s stars.

You can ask all your burning fan questions, as the network boasts there will be “surprises, activations and special guest appearances” throughout the two-hour event.

Here is the magic link.

ID Addicts can join the fifth annual IDCON: HOME TOGETHER on Zoom on Thursday, May 21 from 6-8 p.m. ET, sign up at IDCON2020. In lieu of an attendance fee, ID is encouraging donations to nonprofit organizations that we support at the channel, including: the National Center for Missing & Exploited Children (NCMEC), National Network to End Domestic Violence (NNEDV) , and One Love.

“Connectivity is something we’re all longing for right now, and we know how devoted our ID Addicts are to our network and stars,” said Henry Schleiff, Group President, Investigation Discovery, Travel Channel, Destination America and American Heroes Channel.

“For the past five years, fans have come to us in New York City and now, as a special treat during these trying times, we are coming to all of you. No lines. No sold-out venue – just the ID stars you love, the true crime content you crave, and you, from the comfort of your own home.”

Bonus preview of Nine at 9

Additionally, attendees are privy to sneak peeks of upcoming programming for the network’s exclusive true-crime programming event, ID Presents: Nine AT 9, kicking off on Memorial Day and featuring premium headline-making cases at 9 p.m. ET every night.

Discovery’s #1 network for true-crime programming have created nine back-to-back nights of jaw-dropping specials, filled with headline-making stories and iconic cases you will want to watch.

Brittany Murphy’s death and the Tiger King’s Robert Kirkham are a few of the featured subjects.

IDCon: Home Together will consist of four sessions running from 6 p.m. ET on Thursday, May 21st, and is scheduled to go until 8 p.m. ET.

The session schedule is as follows:

FROM COUCH TO CAPTURE
Participants are John Walsh and Callahan Walsh who will discuss their careers in crime-fighting and the meaningful work that they do on In Pursuit with John Walsh.

The series so far has helped bring 15 featured fugitives to justice and five missing children home.

The Walshes will also discuss their ongoing work for the National Center for Missing and Exploited Children (NCMEC) and how their work keeps Adam Walsh’s legacy alive. Discussion moderated by SVP of production at ID, Sara Kozak.

CRIMINALLY ADDICTIVE
A panel of experts lead by legal analyst Ashleigh Banfield, crime journalist Diane Dimond, and psychotherapist Dr. Robi Ludwig, as they discuss famous crimes that always seem to pose more questions than answers. From the purported suicide of Jeffrey Epstein to the suspicious death of Hollywood starlet Brittany Murphy, you will want to be there for this one. Moderated by Pamela Deutsch, Vice President of production for the “ID Mystery” franchise

AT HOME WITH JOE
Say it ain’t so, Joe!  Fans of the long-running hit Homicide Hunter were leveled to hear that the series had come to an end this past January. But we have not seen the last of Joe Kenda. Fans can hear from Joe himself in the comfort of his own home – and we all know who will be operating the camera and maybe make a special guest appearance! ID suggests fans submit video questions to Joe in advance. Moderated by Thomas Cutler, Vice President of production for Homicide Hunter.