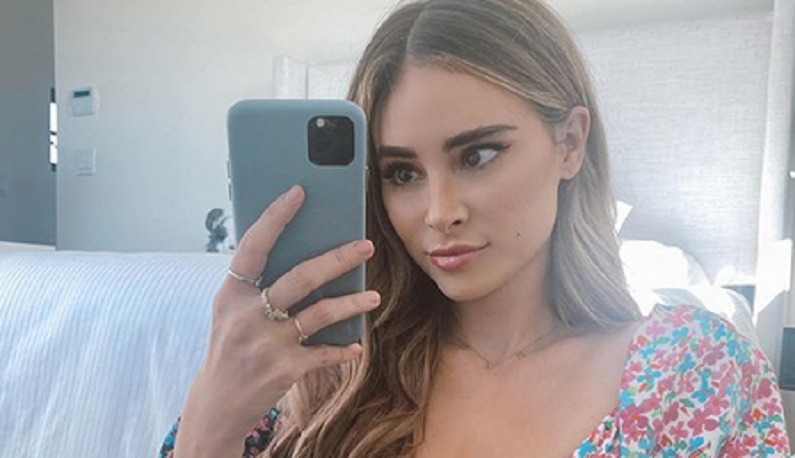 Bachelor alum Amanda Stanton drove to another state to get her hair done amid the coronavirus pandemic. She documented her journey from California to Arizona on her Instagram Stories. The 30-year-old traveled from California, her home state, to Arizona. Arizona just allowed salons to reopen.

Amanda wanted a new hairstyle. And she’s happy with the results. But, the fans do not agree with her decision. Instead, she received backlash for traveling during the global pandemic. But, the Bachelor contestant stands by her decision. Read on to learn what she has to say about her risky road trip.

Amanda Stanton does not regret the trip, defends her decision

Per Us Weekly, former Bachelor contestant Amanda Stanton defends her actions. On her Instagram Stories on Monday, May 18, she explained why she traveled from California to Arizona. Amanda claimed that she’s been staying home since March 14. She hasn’t even traveled to the grocery store. The Bachelor Nation alum also claimed that she took the necessary precautions, such as testing for COVID-19.

“I hadn’t had my hair done since January and my hairstylist who I’ve been [going] to for years JUST opened her salon,” Amanda said. “I thought I’d rather when she JUST opened then later when more people had been there.” 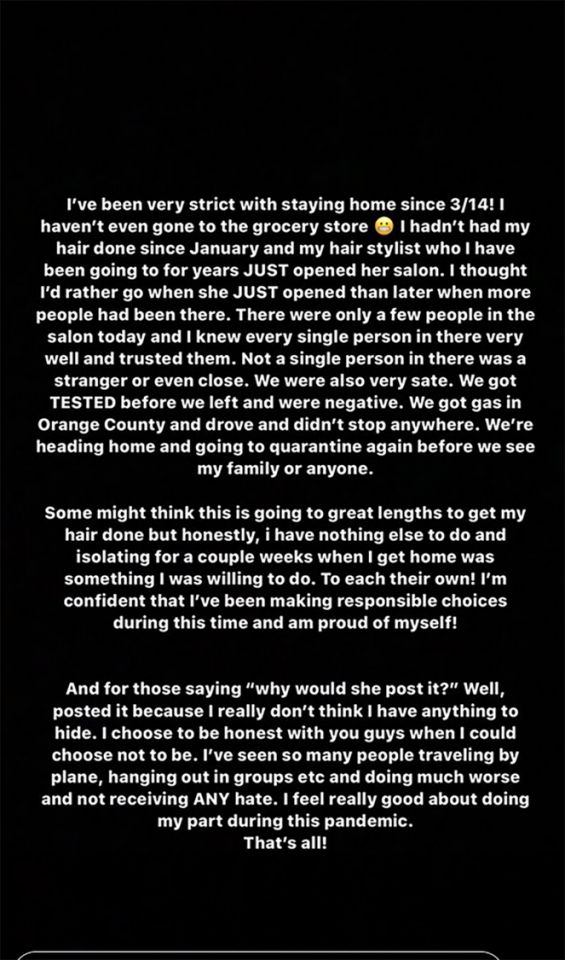 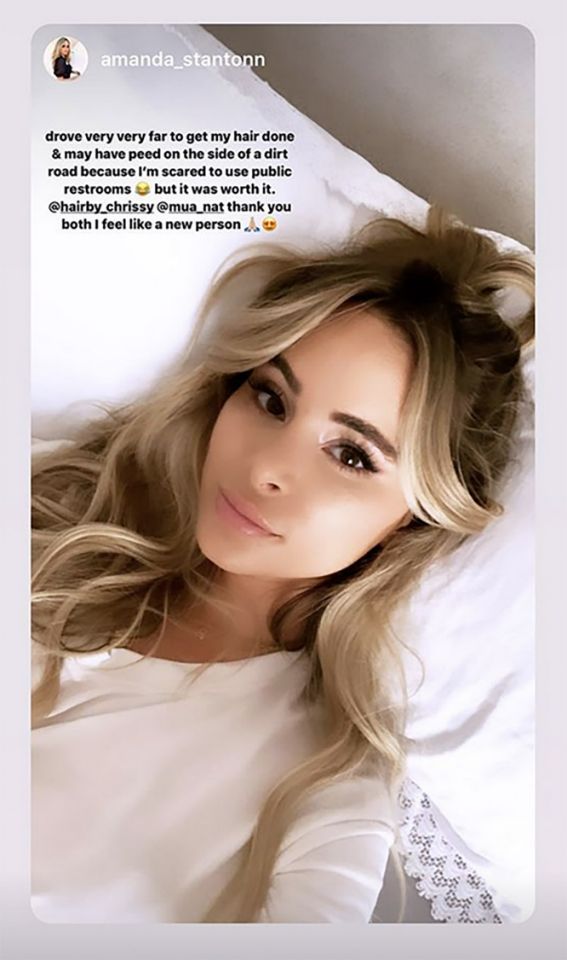 Amanda also revealed that her and her daughters went back into quarantine before seeing anyone else.

“Some might think this is going to great lengths to get my hair done but honestly, I have nothing else to do and isolating for a couple of weeks when I get home was something I was willing to do,” Amanda explained. “To each their own. I’m confident that I’ve been making responsible choices during this time and am proud of myself!”

Some fans wondered why she posted about her quick trip. She revealed that she doesn’t regret her decision. The reality star feels good about making the trip. She also insists that she’s been cautious and responsible during this time.

Bachelor alum gets backlash for driving from Los Angeles to Arizona

Amanda Stanton made the drive from Los Angeles to Arizona and back. Per Yahoo! Entertainment, the drive roughly took 12 hours round trip. Fans criticize her over the road trip. On her Instagram feed, Amanda shared a photo of her new hairstyle and credited hairstylist Chrissy Ramussen.

Hair salons haven’t reopened in California. It could be weeks or months before they’re allowed to reopen again. On her Instagram Stories, Amanda said the drive was “worth it” because she feels “like a new person.” Most followers criticized her for prioritizing “beauty over health.” 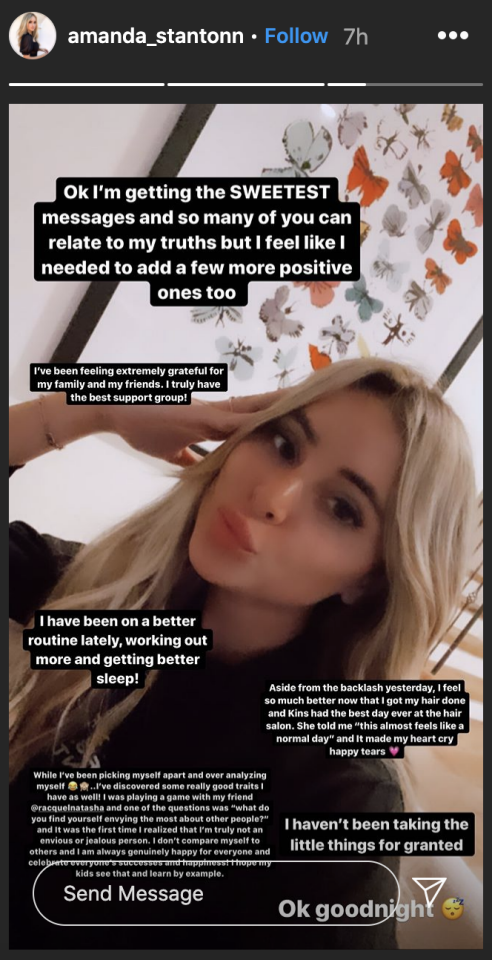 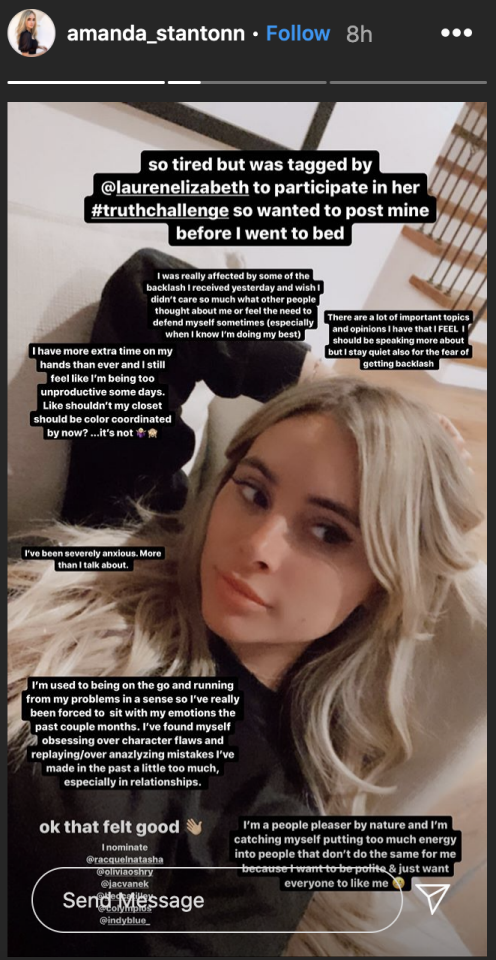 “Was it worth getting your hair done to travel for 6 hours,” one follower wrote. “oh yea you said it was. [You’re] so vain beauty over health right Amanda.”

Amanda reveals she has been “really affected by some of the backlash.” But, she’s not letting it get to her. She feels good over her new hairstyle. She ended up crying “happy tears” afterward.

What are your thoughts on Amanda Stanton getting a new hairstyle? Do you think it was irresponsible for her to travel amid the pandemic? Sound off below in the comments section.

Check back with TV Shows for the latest news on The Bachelor.