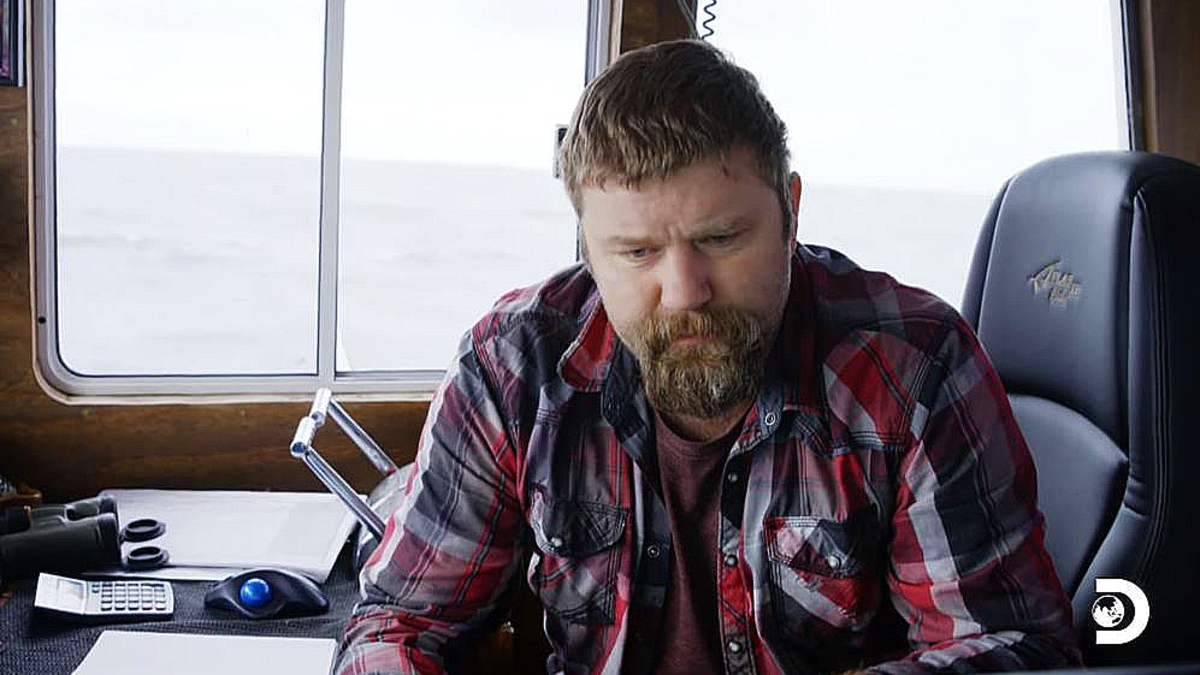 Deadliest Catch kicks off Tuesday night with the F/V Seabrooke and Captain Scott Campbell, Jr. And all seems well as the pots are being placed in an unusual area where the seafloor suddenly drops dramatically off and down into the deep.

Junior, as Scott is more commonly known as on Deadliest Catch, uses technology to pick the best spot to drop his pots. He is watching the radar with great focus. Then we hear an ominous long beep noise that alerts him and the crew something is amiss.

The sounder [radar] suddenly goes on the blip and Campbell realizes the entire F/V Seabrooke, including the crew, have a serious problem on their hands.

What happens on Tuesday’s Deadliest Catch?

The TV Shows Ace exclusive preview shows Seabrooke Captain Scott Campbell Jr. acting on the advice from his fisherman father. The goal is to set a line of crab pots on the jagged drop-off between the continental shelf and the oceanic abyss.

The financial stress of this outing shows all over his face. He says: “We really need this to hit… you know. I mean if we’re gonna come up with the down payment for that Lady Alaska, we need to hit crab right off the get-go.”

He observes the lay of the bottom of the seafloor and says: “I’m starting to see the contours of this canyon right here. I’m starting to drop down now, for sure.” Then, as Mike Rowe narrates the action, the cliffhanger string is dropped.

Watching it all, Scott says: “Criminy this is deeper… and look at that right there. A 100 fathom difference.”

To keep from losing his gear, he says: “I’m trying to lay in a depth and hit that 60-degree angle make sure my pots don’t slide off.”

Rowe narrates the tense drama and says that Junior uses his electronics to navigate beneath the surface.  And he notes that he is a little nervous about it all.  But Junior knows that he has to do something. Then, a calamitous moment as the beep indicates the power to the sounder is dead.

Worried, he says: “We got no sounder now… look at this, I don’t know what depth we’re in right now. We’re driving blind…we got a serious problem.”

Watch the action from inside the captain’s cabin as Captain Scott Campbell, Jr is watching the radar.  The crew unloads the string at the edge of an abyss where the ocean floor melts into blackness and drops dramatically.

This is no time to lose sight of the ocean floor or drop pots into an inky unknown.