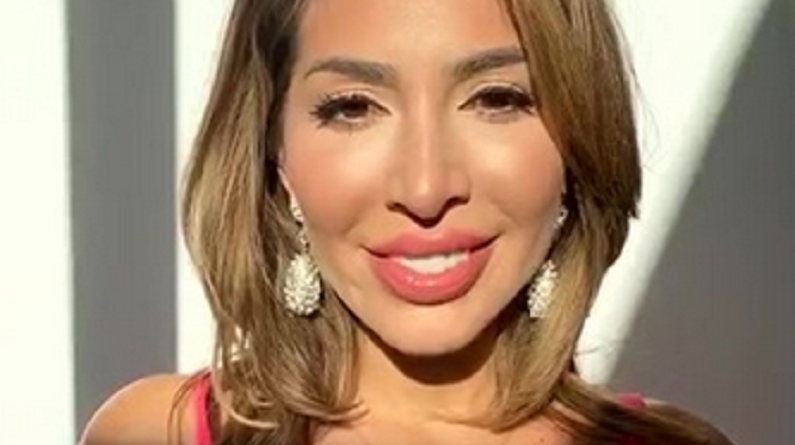 Farrah Abraham can’t go a month without causing controversy. The Teen Mom alum last caused a stir when she threw shade at MTV. Her followers also slammed her for her inappropriate TikTok videos with her daughter Sophia Abraham. Now, the reality star made controversial comments on Mother’s Day that’s not sitting well with fans.

The MTV star angered fans with her Mother’s Day post on Instagram. She referred to herself as a “widowed mom” in reference to the death of her daughter’s father in a car crash. However, the couple never married, which means that Farrah is not technically a widow.

Per PopCulture, the former reality star referred to herself as a “widow” in her Mother’s Day post on Instagram. Derek Underwood, the father of Sophia Abraham, died in a car crash long before she was born. Farrah Abraham referred to herself as a “widowed mom” in the post. However, a widow is a woman who lost her husband. Farrah and Derek were never married. Farrah’s followers found her comments inappropriate.

Mother’s Day took place on Sunday, May 10, a few days before what would have been Derek’s 30th birthday. Farrah posted a video of herself and Sophia reading in the backyard of their Bel Air, Los Angeles home. In the lengthy caption, Farrah referred to herself as a “widow” several times. She also revealed that she’s still crying over his loss to this day.

With all the emotion, love & strength at this time, never forgetting the tragic accident but also just as hard are Happy Birthday days-for my best friend, for my soul mate, my love of my life & Sophia’s father today marks your 30th birthday. As I’ve not been sleeping, crying, and remembering all of my therapy, trauma therapy I will say because of Mother’s Day here I wish no other woman to be a widow, a woman who has to hold it all together even when the world is against her. It always feels like things may get easier then we miss our special person on trips, or not able to visit their grave due to Covid 19 or amazing times you wish they could be there with or just talk.From so much i’ve learned thanks to one amazing man being blessed in my life by God, I pray for all the other amazing, strong, positive moms out there who are doing it on their own and know I’m so proud of you all, all of you are amazing woman that God so loves. I wish being a widowed mom, and only parent could be easier but so many things effect courageous moms in our life journey, our children’s and our amazing family members who are so compassionate while feeling hurt themselves. I’m blessed to have God in my life and my families and what brought Derek and I together and Sophia letting that be her focus rather then anything else. In loving memory & Happy Mother’s Day to all the strong widowed and single moms , mercy , grace & abundance . Thanks to our child -sophia being so understanding and loving . We’re hard enough on our selves and I’m blessed to have my daughter , my constant , my wisdom ❤️🙏🏼 FA . . . #derekunderwood #sophiaabraham #bereavedmother #mourning #greif #loss #rip #memory

“As I’ve not been sleeping, crying, and remembering all of my therapy, trauma therapy I will say because of Mother’s Day here I wish no other woman to be a widow, a woman who has to hold it all together even when the world is against her,” Farrah Abraham wrote.

Later in the post, she referred to herself as a “widowed mom” once again. Farrah said that it hasn’t been easy being a single mom. But she feels “blessed to have God” and both of their families in her life. The MTV star also dedicated her post “to all the strong widowed and single moms.” But Farrah’s message rubbed fans the wrong way.

Farrah Abraham gets slammed for her Mother’s Day post

The television personality was raw and vulnerable in this post than in her previous social media posts. In the past, she was slammed for being insensitive about the coronavirus pandemic. But her followers were more focused on her use of the word “widow.” Derek Underwood and Farrah Abraham never married. They also ended their relationship prior to his death, but she claims that she takes Sophia to his grave.

Fans flocked to Farrah’s Instagram post to remind her of her relationship status with Derek at the time of his death. Meanwhile, other fans remarked that she shouldn’t refer to herself as a “widowed mom.”

@sophialabraham quite the Mother’s Day 😇! The best cutie to quarantine with! Had a #Stayspa thanks to sophia! & I’m obsessed with my mother’s day cookies! Love you best daughter ever !

Farrah first appeared on 16 and Pregnant in 2008. Derek, unfortunately, passed away when the episode was filmed. She was then cast on Teen Mom and was part of the show until 2012. Farrah later returned to the show in 2015 and remained until 2018 when she chose to work in the adult entertainment industry.

What are your thoughts on Farrah Abraham’s Mother Day post? Do you think it was inappropriate? Sound off below in the comments section.