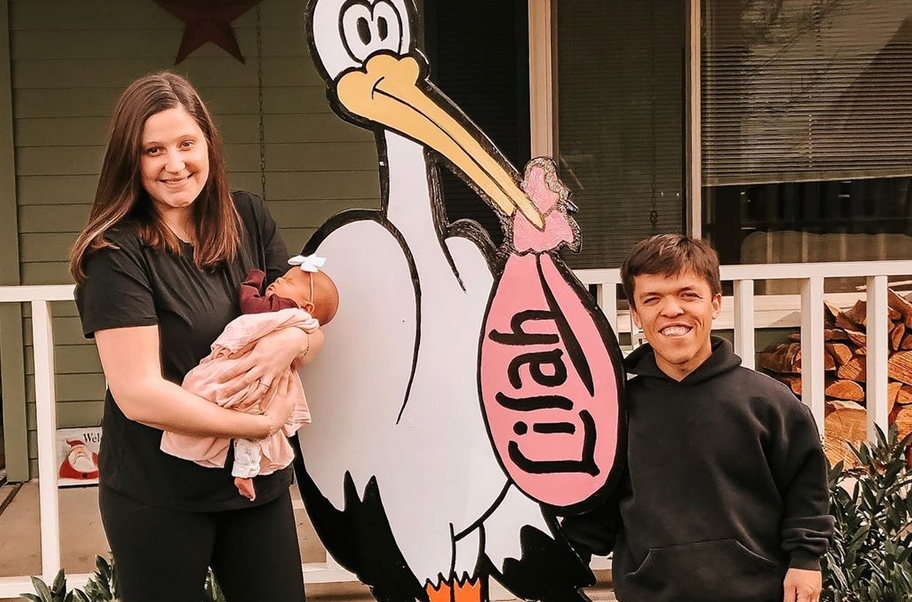 TLC released a couple of clips for the upcoming episode of Little People, Big World. The newest episode airs on Tuesday night on TLC. And, it’s an exciting one. The latest episode features the birth of Tori and Zach Roloff’s daughter, Lilah. In one of the clips, the LPBW couple talks about the preparations they’re making for the baby on the way. In the second clip from TLC, Tori goes into labor ahead of her planned C-section.

What happens on the Tuesday, May 12 episode of LPBW?

In one preview clip, the couple makes plans regarding the birth. They decide that their two-year-old, Jackson, will stay with Matt Roloff and Caryn Chandler. At this point, Amy Roloff has a lot going on with her move. So, Matt seems like the obvious choice. Zach adds that Jackson will be “culture shocked” when he gets back to his own home. This is because Matt and Caryn spoil him. And, the couple plans to keep Jackson for four days while the baby’s being born.

Tori and Zach are preparing for the newest arrival to the Roloff family. But this means a lot of moving parts need to be in order before Baby Number 2 arrives! Watch the birth special TOMORROW at 9/8c on #LPBW!

In the first clip, Tori reveals that her planned C-section is nine days away. She refers to the couch and movies as her best friends during this time. While she says that’s what she’s been doing for two weeks, Zach calls her out and says it’s been two months instead. As far as the C-section goes, Tori says she’s “nervous but ready.” She is a little concerned about the recovery process this time around. She previously had a C-section with Jackson, but she didn’t have a toddler running around at that point.

The second clip from TLC features Tori going into labor ahead of her C-section. It happens as Zach is with his dad. Zach gets a phone call from Tori, and as Matt says, “He just bolted out the door.”

"I'm not going to panic…." 🤯 Zach and Tori joke around about their plans for her upcoming C-section. But later, things quickly take a turn when Zach has to leave after an urgent call. Watch #LPBW: the birth special, TONIGHT at 9/8c.

In a previous episode of LPBW, Zach and Tori find out at an ultrasound that their baby girl likely has dwarfism. The couple was prepared for this because Zach, Zach’s parents, and their son Jackson all have dwarfism. It wasn’t a big shock to them. Nonetheless, the couple doesn’t take the news lightly. Tori cries and they are both worried about the baby’s health. With dwarfism, there’s a chance for all kinds of health issues. Fortunately, the couple is lucky with Jackson. This is because he is a really healthy kid, despite his dwarfism diagnosis.

So, will you be watching the new episode of LPBW? Share your thoughts in the comments section.